The American restaurant industry has long been the bread and butter of the economy, as the second-largest private-sector employer in the country.  Employing 15.6 million Americans and 585,000 Ohioans, the restaurant industry comprises about 4% of the nation’s annual GDP. Ohio restaurants generate $2.6 billion in yearly sales.

While those stats are impressive, as the economy continues to be crushed by the COVID-19 crisis, new data starts to reveal a horrific story.

According to a report from the Ohio Restaurant Association (ORA), in the first 22 days of March:

Considering the data only accounts for the state of the industry near the end of March, it’s a safe bet that a lot has changed in the 26 days since the report was published, and that the numbers have only become grimmer.

Where do we go from here?

Many patrons have stepped up to support locally-owned restaurants that offer carryout, delivery and more. And that revenue will likely help cover some of the economic damage.

During an Ohio House’s Ohio Economic Recovery Task Force Committee meeting on Tuesday, April 14, John Barker, ORA president and CEO, reported that 51% of all restaurant locations in Ohio have closed since the crisis began. In addition, Barker reported that one in 10 Ohio restaurants might permanently close due to the crisis.

For Ohio’s 585,000 restaurant workers— who are part of the 700,000 Ohioans that filed for unemployment over the past month due to coronavirus-related shutdowns— the downturn in revenue for the restaurant industry is more than just a temporary problem.

For Ohio servers, who earn an average of $11.90 per hour statewide (and $10.42 per hour in Toledo),  the long-term impact is terrifying. Not only will many of these workers permanently lose their jobs, but fewer restaurants might mean fewer employment opportunities and more competition.

So, what can you do to directly support Ohio’s cash-dependent restaurant workers? The answer is surprisingly familiar— give them tips.

Tipping from a distance

A handful of digital tipping platforms have emerged to help the public offer virtual tips to state and area restaurant workers.

Here are a few local options: 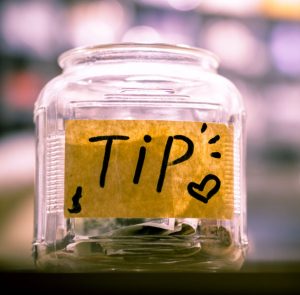 In mid-March, Toledoan Andy LaVoy, who has worked in the beer industry for the last ten years, took the initiative to set up the Toledo/SE Michigan Service Industry Virtual Tip Jar, a public list of area restaurant industry workers.

The simple spreadsheet provides the name, place of employment, type of work, and the payment information of workers who submitted their names to be included on the form. Tips are paid to the server directly using Venmo, a digital wallet service, to let users pay a specific worker, no middleman required.

“I have so many friends and family members that work in the service industry,” LaVoy told us. “I had seen other cities [make] similar lists and figured it was worth a shot to try to generate ‘tips’ for our local hardworking service industry pros!” 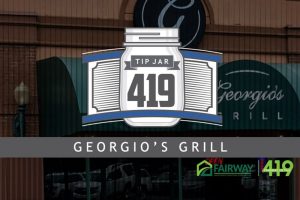 On March 26, Miller Diversified kicked off its Tip Jar 419 campaign.

“I was looking for an immediate solution for people whose primary income is tip-based,” said Michael Dean, Residential Consultant of Miller Diversified, who conceptualized Tip Jar 419. “After assessing the government aid programs being discussed, I thought these people were going to fall through the cracks, at least in the short term.”

Using the GoFundMe platform, the campaign has launched digital tip jars for a handful of local restaurants. Tips are distributed among the restaurant’s entire wait staff.

“We decided that since we enjoy our bars, restaurants, and other service businesses so much and so often (when we’re not distancing physically), that we should support the people who take such good care of us,” said Gene Powell, President and Chief Creative Officer of Spoke. “We know so many restaurant and bar owners — and service workers, and it’s time we show our appreciation for them during this crisis.”

The public can search the website by establishments to find a specific server. If you want to donate, but don’t have a particular person in mind, the “tip a random worker” function serves up a randomly-selected person in need. Tips are then submitted directly to the worker using their preferred payment method(s), such as Venmo or CashApp.

Area service workers can add themselves to the list using this form.

The Toledo Tip Jar has partnered with local organizations, including ToledoEats, Smashing Toledo and Restaurant Week Toledo, and already features employees from a few dozen restaurants.

Your ability to support restaurant industry workers is not limited to virtual tip jars.

“We can all work together to support people in Ohio’s restaurant, foodservice and hospitality industry and help make it vibrant again,” said John Barker, ORA president and CEO.

Know about more ways to help? We’d appreciate the “tip.” Send the info to submissions@adamsstreetpublishing.com