Chris “Peapod” Daher of the “On The Radar” Podcast and 100.7 The Zone. Image courtesy of Jake Weber.

In June 2014, Chris “Peapod” Daher started “On The Radar” on radio station 100.7 The Zone to highlight Toledo’s music scene. In 2017, Peapod took the show to the podcast platform. In November, the 100th episode of the podcast was released.

We met with Peapod to understand his love for what he does and the Glass City.

My story, in one sentence: Loud bald man, who calls himself a vegetable, is trying to get through this thing called life on this big blue ball called Earth.

One song lyric to describe my ideal self: “And I’ll sing about love, even when it’s so hard to trust, still point towards compassion though sometimes I’m scared.” (“Waiting for Morning to Come” from Being As An Ocean)

What I’m doing, and what I want to achieve: I’m currently an on air personality on 3 radio stations in Toledo (one being a morning show on 100.7 The Zone), but what I’d love to be on a larger signal radio station, and be the number 1 morning show in the area. 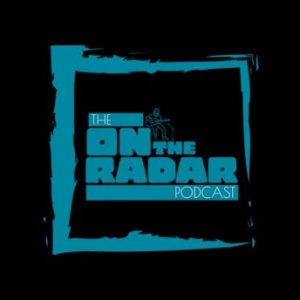 I also host the On the Radar Podcast, where I interview musical acts coming to, through, and from the greater Midwestern areas. I want the podcast to grow to get more traveling acts through the area, and to showcase the great men and women that do fantastic work in our city.

If I could change one thing about Toledo: The damn roads.

If I knew I could get away with it, I would: I’d be on every radio station here, because then nobody can escape me (insert evil laugh here)

When I’m craving chicken and waffles, I go to: Fowl and Fodder. I’m also a sucker for anything Balance Pan-Asian Grille serves!

The artists and musicians I love: Locally: Man Mountain, Outside, Castle No Kings (even though they aren’t together anymore), The Casket Company, and really anybody who’s ever been a part of our podcast! On a broad scale, my tastes in music ranges from rock, metalcore, post-rock, punk, and the occasional pop song from Lady Gaga or Miley Cyrus (no that isn’t a typo, her new song is rad!).

The Toledoan I’ve met in passing that I’d love to get coffee with: I’ve never met in passing, but I know one of the members of the punk rock band Minor Threat lives in Toledo, and I would love to pick his brain and have him on an episode!

My favorite local people to follow on social media are: Nick Corbin (because we look like we’re related), Christian “Whitey” Pokrywka, Smashing Toledo, The Ottawa Tavern, Jake Weber, Dirk Manning, and really anybody moving the needle in our fine city!