Brains might be the food of choice for a zombie, but you’re gonna have to wash all those proteins down with something. We recommend alcohol. Assemble with zombie pals (in makeup and otherwise), and lurch (or run, if you’re one of those New Age zombies) out to the Adams Street Zombie Crawl, where thousands of your undead compadres will be carousing, dancing to “Thriller” and doing whatever else it is corpses do when they reanimate for a night of drinking.

Reentry will require a new wristband.

This event benefits The Village on Adams
and their mission to keep Adams Street fun,
creative, beautiful, safe & weird! 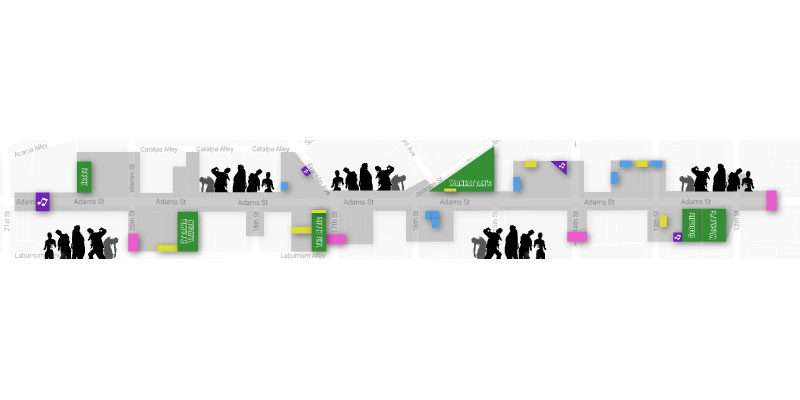 Two stages. One on the street and one on the patio (weather permitting)
8pm-2am