Anyone who is at all familiar with the Toledo music community knows that it is a tight-knit group, more like a big family. That’s why, when dobro player Mike Peters from Old State Line suffered a stroke, his friends knew they had to help. 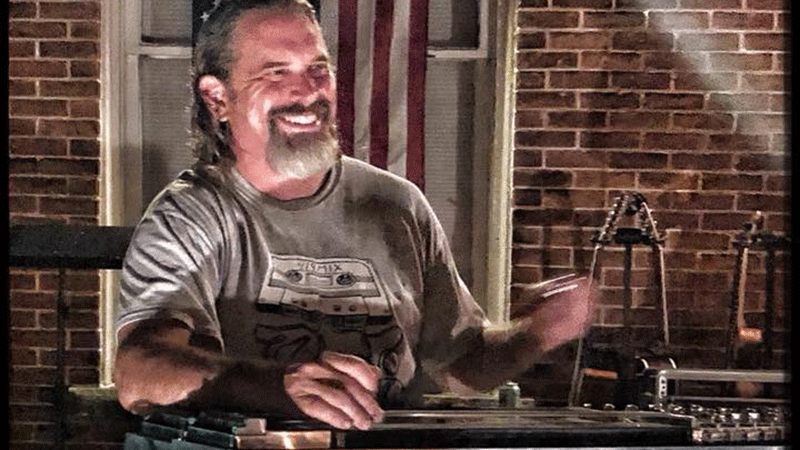 Larry Meyer, the drummer for Old State Line, is organizing Shelter from the Storm—a benefit for Mike Peters. Meyer explains that Mike is doing alright, but has a long way to go in his recovery and, like so many people, he has no health insurance. “We thought, ‘What can we do? What does he need?’ The lack of insurance is big, and it makes you realize we’re all just one diagnosis away from bankruptcy,” Meyer said.

Meyer has worked on fundraising efforts for local musicians and charitable organizations in the past, so he took the lead. “This is what the Toledo music community does,” said Meyer, “so let’s do this for our buddy, Mike.”

The fundraiser, dubbed Shelter from the Storm in reference to Bob Dylan’s song of the same name, is not only timely with the recent release of Dylan’s compilation album More Blood, More Tracks, but also aptly describes what Peters’ friends are doing to help him through a tough time. All of the bands in the show have an Americana, roots rock background heavily influenced by Dylan. The theme, threaded throughout the event, will have each band playing at least one Dylan song.

Joining Old State Line will be Minglewood Labor Camp (Peters also plays pedal steel with them), Locoweed, and Duluth, MN band Feeding Leroy. Meyer is grateful for everyone involved in the planning, including The Village Idiot owners John and Niki Schafer for hosting the event. “He’s part of the band and one of my dear friends,” Meyer said. “We can’t fix it for Mike, but we can help give him a little shelter from the storm.”