Walking up to the Lowrider Cafe on a leisurely downtown stroll, we found quaint tables on the sidewalk in front of the restaurant — a deceptively quiet scene. Entering the eatery, we saw just how busy they can get during the noon hour, when the downtown lunch crowd comes by for a taco fix. For a new establishment, Lowrider Cafe already has plenty of fans.

East Toledo native Jacob Estrada and his girlfriend, Sylvia Chukies, opened the Lowrider Cafe just over a month ago. Chukies is from Northern California, and Estrada spent some time in Tecate on the Mexico-California border. It was there that he fell in love with lowrider car culture, hence the theme of the restaurant.

“Eventually, I’d love to get a permit to close down the street on North Michigan Avenue to have car shows with live music and different vendors,” he says. “My hope is that the Cafe is a family, community place for people to come together.”

A long bar surrounds the food prep area, where you can watch the staff at work as you wait for your food. From traditional tacos to burgers, hot dogs, as well as breakfast options, the menu is varied, with its roots in Mexican cuisine. 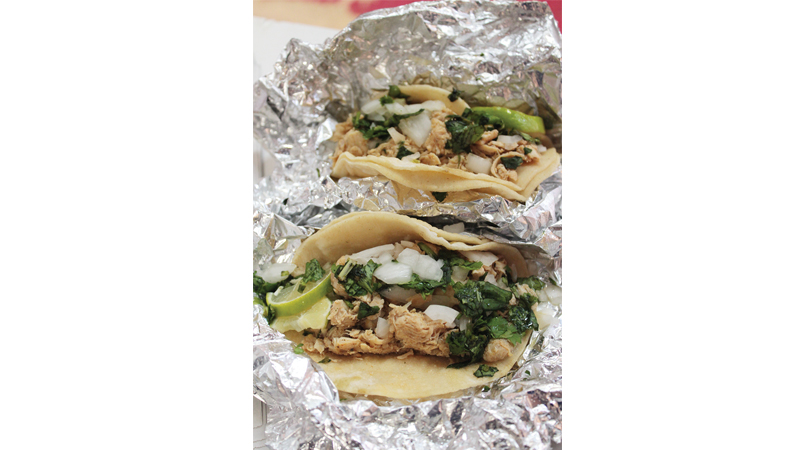 One person in our party opted for La Santa Maria, a Cajun sausage hot dog topped with jalapeños and well-seasoned taco meat that created a memorable kick (Pro tip: the Cajun sausage was not the andouille sausage the name “Cajun” suggests, but was tasty nonetheless).

The chicken chimichanga plate, served with a nice helping of rice and refried beans, featured chimis smothered in cheese, sour cream, tomatoes, and cilantro, which checked all the boxes for our Mexican favorites.

The traditional chicken tacos, topped with onions and cilantro and served on corn tortillas, satisfied that taco craving with juicy chicken and an array of flavors that, with just a dab of hot sauce, did the trick.

A vegan taco provided a creative approach for our non-meat-lover friends. At first sight, the vegan taco can be a bit surprising— filled with juicy red beets, sweet potatoes, spinach, and topped with ribboned zucchini, it is both colorful and nutritious.

The meal was amazing and, though the volume of orders coupled with the small staff can result in a bit of a wait, it’s certainly worth it. Everything tasted so fresh, and the prices are very reasonable — traditional tacos are only $3! 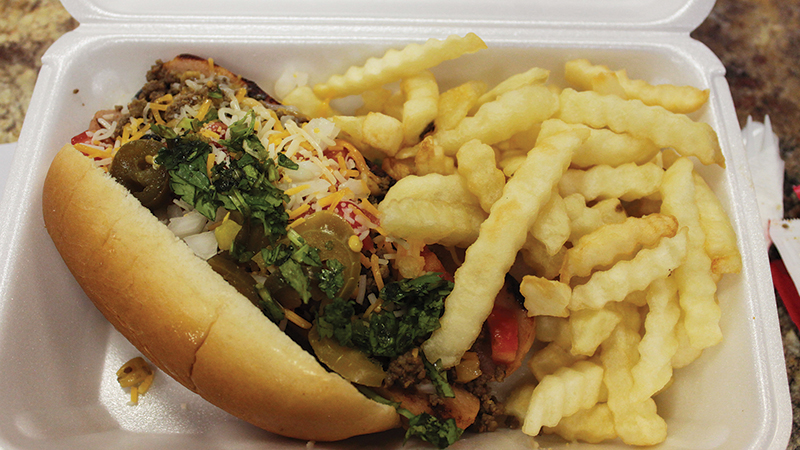 Chukies, who took our order, announced to the crowd that Tuesday is karaoke night. The drums and piano in the dining area along with the posters about Latino bands hanging throughout the place demonstrate that the folks at Lowrider Cafe value musicianship and promoting a good time. Estrada is himself a musician that does solo work and has been in a mariachi band for years.

Lowrider Cafe just began a Menudo Saturday, serving the traditional soup in an event that Estrada hopes to add music to. Until then, the place still calls for a return visit, regardless of the lunch rush, as a go-to downtown spot to grab a couple of tacos and people watch. We’ll definitely be back. 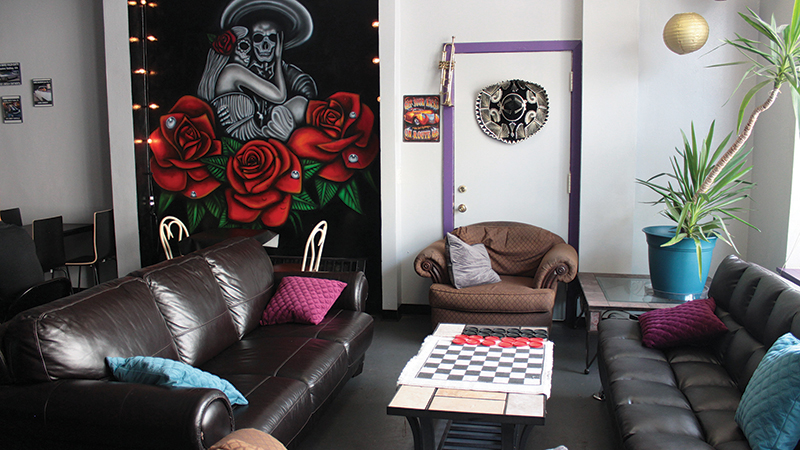