The Purple Rose Theatre, an iconic Chelsea, MI theater founded by Golden Globe-winning actor and playwright Jeff Daniels, is showing a production of Arthur Miller’s All My Sons (1947) through June 1.

Directed by Guy Sanville, All My Sons is set shortly after World War II and centers around the Kellers. Joe Keller owns a manufacturing plant, which his son Chris is set to inherit, while his other son Larry disappeared during the war and left behind Ann, a woman who has accepted that he is not coming back and is planning to marry Chris. This all becomes even more complicated by the fact that Ann is the daughter of Joe’s former business partner who is now in prison. As the ties between the characters unfold for the audience, the intensity of the family drama heightens. 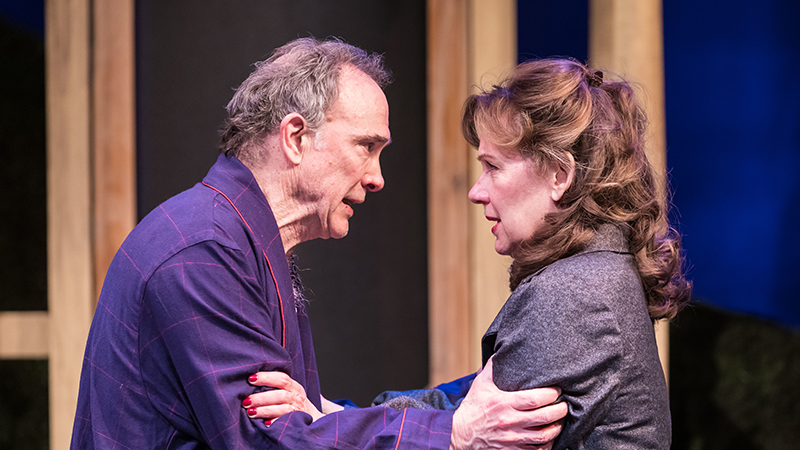 If you’ve never gotten to experience a show at The Purple Rose, you should make it a point to do so. It’s an intimate space that surprised me, as I was expecting to walk into a large amphitheater to sit far from the actors. Instead, we found ourselves looking down on the beautiful staging of the Kellers’ home in Kokomo, Michigan, feeling as if we were peering over the neighbor’s fence at the fictional characters’ private family squabbles and joyous moments.

If you are familiar with the play (I wasn’t), you know that the squabbles are anything but minor, with the complexities of slowly unearthed lies building to the surface, in the end leaving you with a sense of loss that evokes both tragedy and catharsis. Indeed, as a viewer, you are as in the dark as Chris, whose family has kept a dark secret for many years, and all you want to do at a certain point is to have clarity. With that clarity, however, comes the loss of innocence and the futility of pretending that life could ever be what it was before all of our sons went off to war.

The story is one of disenchantment with the American Dream. Critical of capitalism’s ability to bring families salvation, it explores the cost of building a legacy built on money, greed, and stepping on the backs of others to get to the top. 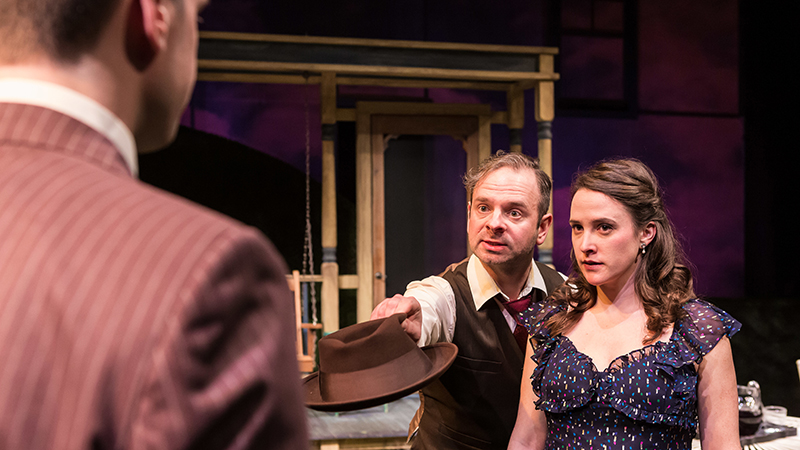 The final moments of the play made my whole body tense as the characters unraveled and, when it ended, there was complete silence in the theater with the exception of a few sniffles. It was a powerful performance from the actors, all of whom showed so much commitment that you could see they were still feeling the devastation of these characters as they bowed to the audience.