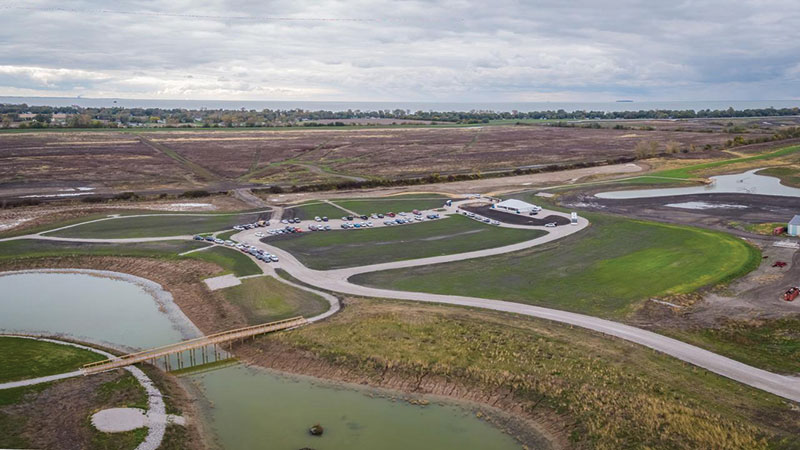 Five years into a bold 20 year plan, Toledo Metroparks is providing the community with greater access to the Parks System by creating more public parks, corridors, greenways, restored wetlands, and natural spaces. Soon, with the completion of a new Park, Manhattan Marsh (scheduled to open in 2019), all residents of Lucas Co. will live within  five miles of a Metropark.

Through combined efforts with Citizens for Buckeye Basin Parks and the Lucas Co. Land Bank, the space once lovingly referred to as ‘Detwiler Ditch’ will see a complete transformation. Named after the forgotten and defunct port-town of Manhattan, a few miles upstream from Toledo, shipping canals connected the town with the Maumee. Not long after, as Toledo quickly became the popular choice for commerce, Manhattan was incorporated into the metropolis- its canals no longer used. Through years of restoration efforts, this former wetland will once again be a natural area.

Over the last few years, several new Parks have opened, with an additional five in the final planning and creation phase. Toledo’s downtown was graced with Middlegrounds Park, which opened in Fall, 2016 making use of the riverfront and views of the skyline. Originally used for the burgeoning port economy of Toledo in the early 19th century, the 28 acre space was in disuse for decades. A key feature of the park are the ‘treatment drains’, specialized areas that capture dirty runoff from the High Level Bridge, filtering clean water back into the Maumee. Complete with walking trails, a picnic pavilion, and a dog park, Middlegrounds, situated between Owens Corning and the Norfolk Southern rail-yard, is lovely green space for a newly progressive downtown. Green is definitely in.

Just east of Oregon, off Rt.2, restoration efforts have led to the creation of another new Metropark, Howard Marsh scheduled to open this spring. The space, purchased by the Metroparks in 2008, has been converted from a 1,000 acre GMO cornfield back to its natural state — a wetland. Wetlands once constituted our entire region comprising the Great Black Swamp stretching from Port Clinton to Ft.Wayne. Farming, and later, city development, transformed the area.

Now, these efforts to restore the wetland also serve to clean up Lake Erie.  Once revived, Howard Marsh will actively filter harmful toxins and excess nitrogen from the watershed before reaching Erie’s waters. At completion, the park will link two large preserved areas- Ottawa National Wildlife Refuge and Cedar Point Wildlife Refuge on Erie’s coast. The restored coastline, making up a substantial portion of N.W. Ohio, from Oregon to Port Clinton, is comprised of Federal, State, City, and County run lands. Together, these Reserves have a powerful impact on the big lake’s water quality.

Home to countless songbirds, warblers, and Bald Eagles, the area attracts birdwatchers and nature seekers from across the nation and, in fact, the world. Howard Marsh stands out as a new park model, successfully combining critical watershed restoration with popular recreation activities.

With the Park District’s vision becoming a reality, Lucas Co. experiences an abundance of natural splendor. Future Metroparks are planned for Monclova, Southwyck, and Reynolds Corners. Toledo’s historic neighborhoods  that would benefit from a Metropark— Onyx, Southside, Air Line Junction, and Roosevelt— are poised for green development.

For these projects to continue, community support is the key. Scott Carpenter, the Park District’s Director of Public Relations explained that 90% of operating costs are funded by Lucas Co. residents through tax incentives. The latest levy last November passed with a whopping  75% of voters in support, demonstrating that a large majority of community residents endorse the beautification and restoration of Lucas County.  To keep the vision moving forward, call off work, get outside and head to the park. 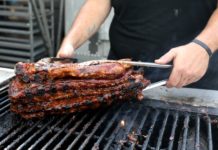 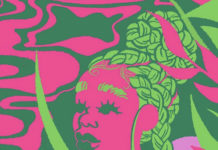 3 Local Instagrams You Should Be Following!