When Scott Frost decided to get a pilot’s license three years ago, he found it was difficult to do in Toledo. That’s why he recently opened Glass City Flight, an aviation school based at Toledo Express Airport. Frost owns and operates the business, working alongside flight instructor Justin Harnden.

The estimated cost to earn a private pilot’s license, according to Frost, is $7,500. While that may be out of reach for some would-be pilots, the prospects for a career in aviation can make it a worthwhile  investment. “In aviation there are a number of job opportunities, from flying a single-engine plane to flying a 747,” Frost said. 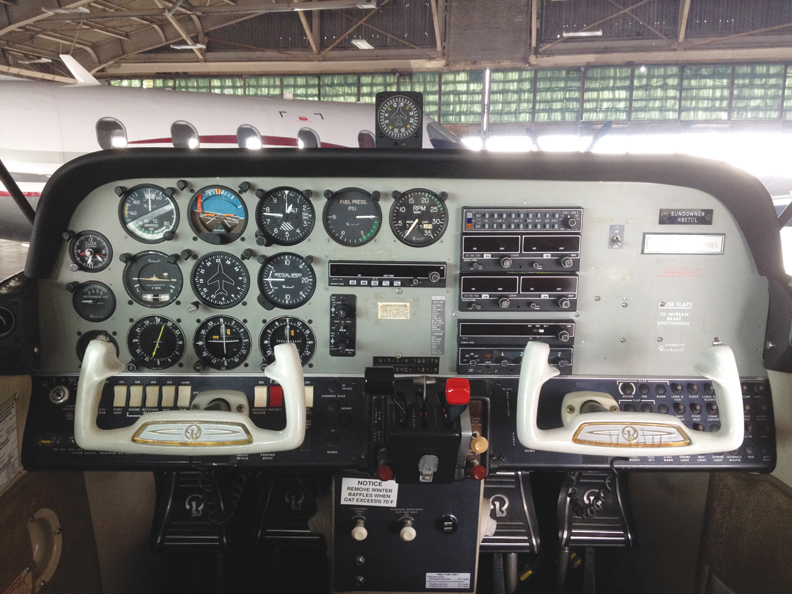 He speculated that about 50% of the people who attend flight school have career-oriented goals, while  the rest are hobbyists. Those who fly frequently enough will enjoy the conveniences of being in their own plane, according to Frost. A commercial airline “is basically a Greyhound bus with wings, but private flying is like getting your own car,” he said. The comfort and sense of freedom with flying a private plane appeals to those who can afford the luxury.

Frost is enthusiastic in spreading the word about his flight program. “We have some really exciting things that are occurring through word of mouth,” he said. He sees great potential for the new flight school because of the number of flight clubs already in the area. People interested in flight clubs also will be interested in getting their license to fly, according to Frost. “The clubs are nice, but I intend to educate people to get their pilot’s license.”

On the first day of class the students go through a meet and greet, where the instructor discusses the individual goals of the student, as well as the basic principles of flight. The student spends about an hour on the ground and an hour in the air. in order to complete the program, students must fulfill 30 hours of flight training with the instructor, 10 hours of solo flying, a written exam, and a flight exam. On average, the program can take anywhere from three months to a year, depending on the student’s individual ability and scheduling. “Right now we’re teaching the basics for a private pilot – visual flight rules, instrument flight rules, and commercial flight, each in a single-engine aircraft. Once they get past that point, the student decides what they want to do concerning different aircraft or a specific license,” Frost said. Upon completion of the program, students also have the ability to become certified flight instructors.