For 30 years, the Bowling Green community has had a place “where everybody knows your name.” Co-founded in 1989 by Sandy and Jerry Wicks and handed over to their son, current co-owner Kelly Wicks, in 1991, Grounds for Thought has been the beating heart of downtown BG. From the Wicks family’s role in founding the annual Black Swamp Arts Festival in 1993 to their continued championing of local artists through concerts and galleries, Grounds for Thought has long staked out an identity as more than just a coffee shop.

Through its history the shop has functioned as a café, a coffee roaster, a used book store, a record store, a music venue, an art gallery, and a charitable entity, to name a few. It’s that insatiable urge to provide for the community that sets Grounds for Thought apart from a run-of-the-mill place to get a hot cup of joe.

Grounds for Thought’s welcoming atmosphere starts at its plain, rectangular hanging sign and inviting window decals announcing: “Grounds for thought” as both a name and a manifesto, of sorts. It’s as much a place for the exchange of ideas and the building of friendships as it is a place to get a great cup of coffee and a handmade pastry.

The clientele runs the gamut from college students, gamely studying for an impending test, to a devoted coterie of jigsaw puzzlers, to folks swinging by for a quick jolt of caffeine on their way to work. Rarely does a place draw in a crowd so wide-ranging in both ages and tastes. It’s a special little corner of the world that begs to be shared, taking its role at the center of BG seriously. From the inviting culture it’s created over 30 years to the innumerable arts and music events that have found a home within its walls, Grounds for Thought shows its love for the BG community. And there’s no doubt the feeling is mutual. 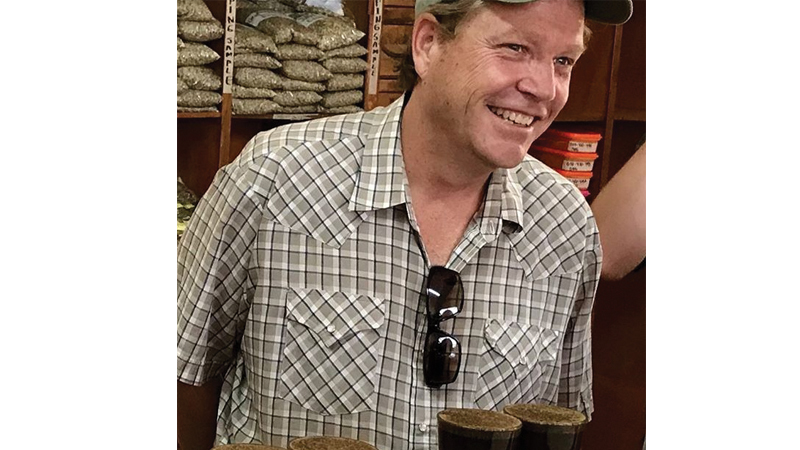 Current co-owner Kelly Wicks (pictured above) took over the Grounds for Thought in 1991 after his parents, Sandy and Jerry Wicks, founded it two years earlier.

Beginning Friday, October 25 through Sunday, October 27, Grounds for Thought will celebrate a 30th birthday with a weekend-long party; selling coffee for 50¢— the price of a cup when they opened in 1989— bringing in musical performances, showing new artwork and raffling off prizes. Genuine community is a valuable yet rare thing. After 30 years of being a catalyst for that precious commodity, Grounds for Though will be taking a well-earned victory lap.