While Maumee Bay Brewing Company (MBBC) will be holding its 20th anniversary this Saturday, November 14th, the brewery has been planning how to celebrate the occasion for nearly a year. With its highly acclaimed Total Eclipse Breakfast Stout, MBBC will give Toledo a sneak peek at what’s to come for the historic brewery.

According to MBBC Manager, Greg Kerr, having an event featuring bourbon barrel-aged Total Eclipse was the perfect way to celebrate 20 years in the business.

“As part of our 20th anniversary, we really wanted to do something special,” Kerr said. “Anniversary beers are not something that we typically make and we haven’t done big barrel-aged projects in the past. Our barrel projects have been mostly small batch releases, but have been wildly popular. With how well received the beer has been at festivals, we decided this year, for our anniversary, we’d do a commercial barrel program.”

That’s a whole lot of stout

For the anniversary release, 1,200 gallons of Total Eclipse were brewed and put into bourbon barrels to produce 500 cases of the coveted stout. Single 12-ounce bottles of the bourbon barrel-aged stout will be on sale at the event for $6.99, with a limit of eight per person. MBBC plans to sell some of the 500 cases this year, as well as keep a reserve to bring to festivals next summer and have some to release next year as a cellared version. According to Kerr, the bourbon barrels are carefully chosen and add layers of complexity to the base beer. 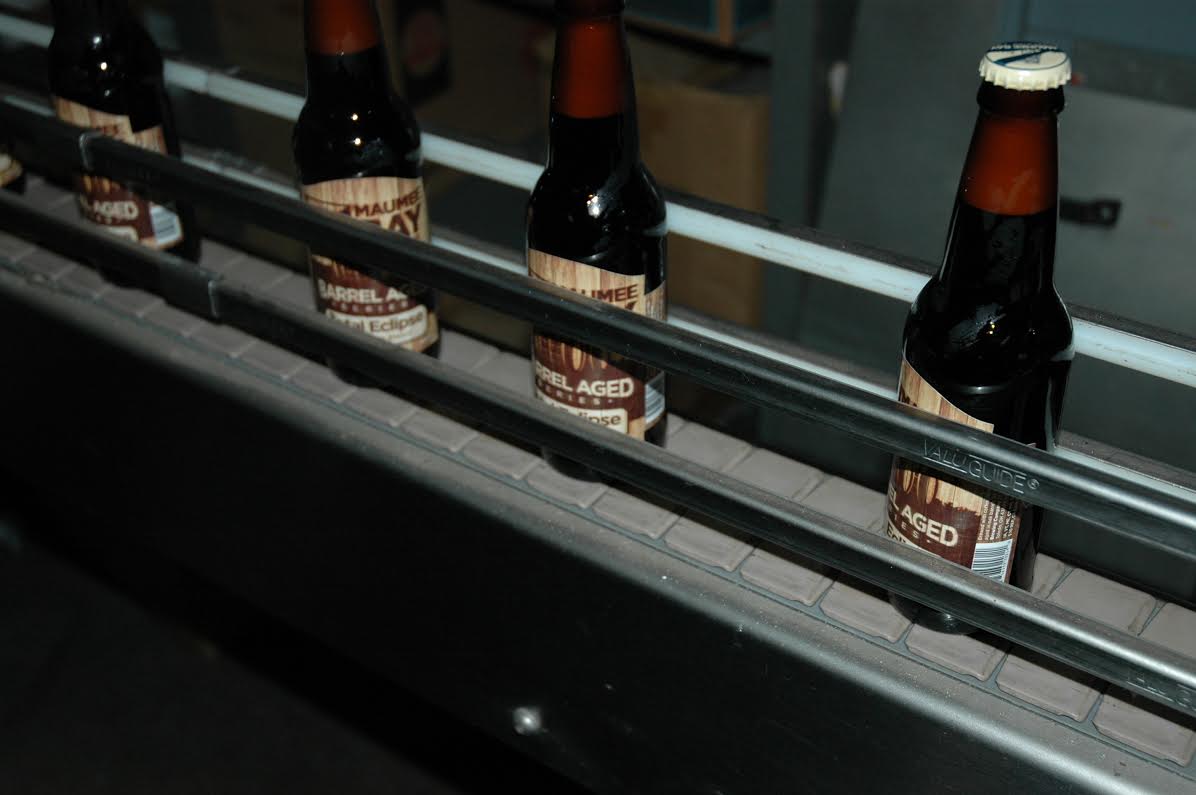 According to Shannon Mohr, sales and marketing manager, the bottling and release of the bourbon barrel-aged version of Total Eclipse bourbon is just the beginning of exciting endeavors for the brewery in the near future.

“You’ll definitely see more bottled products from us,” Mohr said. “We want to get into more small, one-off batches that are one and done. You’ll need to come in and get them or you’ll be out of luck. We are definitely going to be expanding our barrel-aging program and will also look to expand our distribution network and our footprint outside of northwestern Ohio. We want to continue to grow, so long as we continue to have the quality of product we have now.”

The anniversary celebration, which is a non-ticketed event and open to the public, will take place at the brewery’s warehouse (201 Morris Street, next to the brewery). Dubbed by Maumee Bay Brewing Company as the Ice House, the celebration will take place between 6 and 11 pm. In addition to the release of bourbon barrel-aged Total Eclipse Breakfast Stout, the brewery will also have special one-off draft beers that aren’t usually available as well as firkins of brewery favorites.