For 50 years, Shawn’s Irish Tavern has been a staple of the Toledo pub scene. Originally opening in 1968 as “Shawn’s Back Door,” the look and feel of the place was a constant at its Heatherdowns location for over three decades. In 2002, the Lark brothers, John and Jeff, purchased the business and oversaw some major changes — renovating the original tavern and franchising the name for new locations. 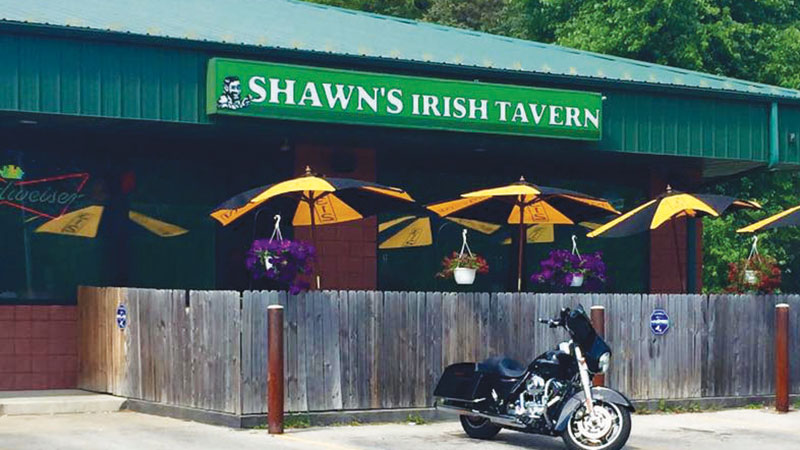 In 2009, the second Shawn’s Tavern opened, in Waterville, and a third location was added in Sylvania in 2012.

“We all have the same menu, the same pricing,” Jeff Lark said. “I would say that each one might have a bit of an individual identity. I know that there’s entertainment that we have at the Toledo store where the entertainment is not a function of the everyday part of the business at the Waterville location. But by and large, they’re all similar.”

“We pretty much kept the same menu with a couple little tweaks. The prior owner purchased all the original recipes, as did we,” Lark said.

Before walking in the door of the Waterville restaurant, one can’t help but smile. The scent of charred meat wafting through the air is an olfactory pronouncement that behind the green door, good and simple pub food is served. A fine welcome to a long-lasting neighborhood establishment.

“PLEASE SEAT YOURSELF!” the chalkboard by the front door directs. At first glance, the decor feels like a standard sports pub. Booths and tables surround a central bar, memorabilia hangs on every wall, with numerous televisions — including in the men’s restroom— to give guests a chance to keep up with the day’s Big Game. 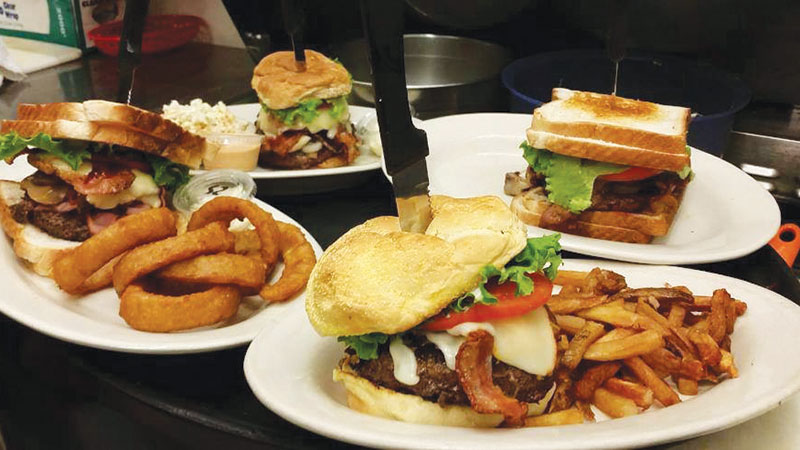 The fare, like the decor, at first glance, seems relatively standard for a pub — chicken, steak, burgers, sandwiches — but it’s not what a place serves, but how they serve it that matters.

I ordered the Shawn’s Burger and fries— I’m always a sucker for a place that names a hamburger after itself— and some chicken chunks. The chunks arrived quickly, fresh-cut chicken, lightly breaded and smothered in barbecue sauce, a sports bar standard elevated by spot-on execution. Any night the chunks would be a satisfactory meal. I saved room, though, for the burger. 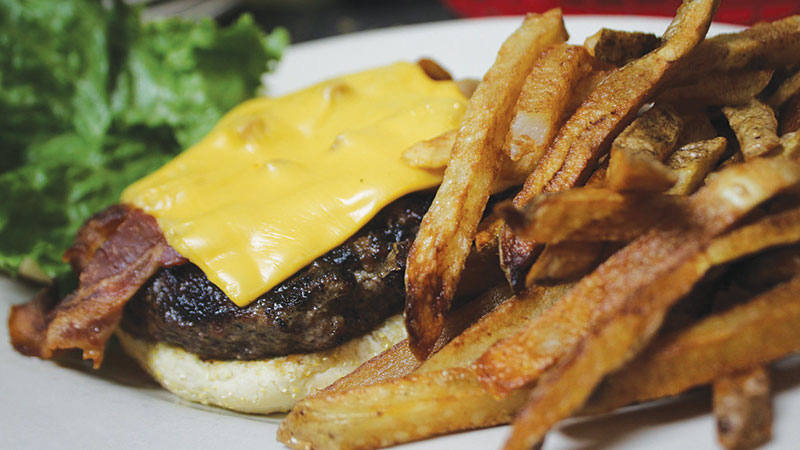 The burger arrived with a generous portion of clearly, fresh cut fries— not particularly crisp, quite limp, actually— but still tasty. Shawn’s Burger, however, was something special. A half-pound of beef, lightly seasoned to accentuate, but not dominate, the meat’s flavor, served on a lightly toasted bun. I didn’t add any condiments — the burger didn’t need any. The Shawn’s Burger was one of the best hamburgers I’ve had in quite a while.

Pub fare or “comfort food,” might imply that a place like Shawn’s serves food that will satisfy when your palate longs for something less adventurous. But Shawn’s has demonstrated for five decades, even a standard hamburger can become a genuinely excellent meal with the proper ingredients and effort. Shawn’s reminded me how fulfilling a simple meal can be, when done well. The smile on your face when you enter will be even broader as you leave.