In Rust Belt cities like Toledo, where populations are dwindling and vacant lots abound, urban farms are community-driven solutions that lend a progressive thinking to the renewal process. But the issue at the heart of urban farming is more basic: people are hungry. Urban farmers know this. “We (central city residents) are not getting the nutrients we need,” says Thomas Jackson, an urban farmer at the core of the urban farming issue in Toledo (read more about his story here).

According to 2015 data from Feeding America and Mind the Meal Gap, 17.8 percent of Lucas County Residents experience food insecurity, just above the Ohio average, where one in six people experience food insecurity. These numbers square with USDA data from a 2013-2015 study, which ranked Ohio as the seventh most food insecure state in the nation. Ironically, Ohio is the 13th most agriculturally productive state per cash receipts by commodity, also according to the USDA. This means that in a hungry state, farmers export their food and residents eat imported food.

Scaling these issues to Toledo’s urban core, the needs and potential for urban agricultural interventions are clear. The number of concentrated poverty areas in Toledo (where 40 percent of a given census tract lives below the federal poverty level) are the third highest in the nation. Of the approximate 113,000 Toledo residents living in poverty, 35 percent live in extremely poor neighborhoods ( per 2016 Brookings Institution report, US Concentrated Poverty in the Wake of the Great Recession).

Being poor in a poor neighborhood is even worse. Along all major indexes of public health, education, and economic opportunity, poor residents of poor neighborhoods fare worse than poor residents living in non-impoverished areas. Distributed across race, the impact of concentrated poverty on people of color is even greater. Though whites account for 44 percent of America’s poor, only 18 percent live in extremely impoverished neighborhoods.
Limited social mobility for poor black and brown people occurs daily and materially through diminished access to nutritious food, quality education, land, and capital.

Malcolm Cunningham has worked on community based development projects for over a decade, both internationally— in Malawi and Rwanda— and in his hometown of Toledo.
In his work with youth groups at the ZONE Farm, an acronym for “Zepf Centers Organic gardening and Nutrition Education program”, Cunningham teaches skill development and self-efficacy. Eschewing the coded label “at-risk youth,” often used to describe the young people he works with, he acknowledges a range of challenging circumstances they face: “A lot get in trouble at school, many have undiagnosed depression that manifests as irritability, frustration or challenges to authority.” As well, a diet based in processed foods, he explains, leads to “changes in blood sugar that can cause irritability and other issues that are “misread as ODD or ADD, when, in reality, it’s the diet and the way that their body is processing those foods.”

To demonstrate ZONE’s impact on a variety of levels, Cunningham shares an anecdote about a program participant who came into the program not knowing what asparagus was. By the end of the season, not only did this individual know how to grow, harvest, and cook asparagus, but also was proudly passing on that knowledge to family and peers.

Cunningham considers pride and knowledge to be crucial pieces of self-efficacy, what he calls “a protective factor” that “can help reduce the impact of trauma or mental health issues. If you’ve developed not just self-esteem but self-efficacy, your confidence in one area can translate to other areas of your life.”

Indeed, the transitive property is at the core of urban farming. Healthier food leads to healthier people, which lead to healthier communities.

The “Right to Grow”

How can Toledo government support urban farming initiatives seeking to out healthy food in neighborhoods that need it the most? Smart legislation provides one potential answer.

Legislation has always played a central role in the use of land and resources. A recently championed “Right to Grow Ordinance,” prompted by the city’s treatment of Thomas Jackson, is the work of a team of experienced urban agriculturists, a zoning expert, and an attorney at Advocates for Basic Legal Equality, formed by Sean Nestor, co-chair of the Lucas County Green Party ( and sometime City Paper contributing writer). The draft legislation can “take the city from a position of not really knowing how to approach urban agriculture to a very forward-thinking urban agriculture community,” explains Nestor.

The group tweaked bits of Cleveland’s already established Urban Agricultural Law ( ordinances passed starting in the mid 2000s) to apply it locally with an approved list of agricultural area for residentially zoned properties without the need for further permitting.

The ordinance also seeks to establish an Urban Agriculture Community Board, comprised mainly of urban farmers, to advise Toledo’s mayor on these issues and move them forward.
In the meantime, there are some, entrenched in the community, who are already taking steps towards easing the food insecurity plight.

Liz Harris, owner of Glass City Goat Gals, has also spurred change in her neighborhood, the Cherry Street Legacy, through urban farming and environmental impact work. In a cul-de-sac once known by neighbors as Murder Alley, Harris has worked with the Lucas County Land Bank to tear down 15 vacant homes, created a goat pasture, and started the Green Team summer youth employment program.

A difficult task, Harris runs the Green Team with donated lawn care equipment (she is always accepting donations), and for the first year she paid the youth out of her own pocket. “Thirty percent of my neighborhood is under the age of 18,” she says, “and these kids have nothing to do. We found that by having a worksite in the community that’s accessible to them, they really take ownership of their community… they get to know people in their community.”

Harris recalls her neighbor’s resistance when she first brought goats to Mentor St., “When I first started, people said, ‘Goats here over my dead body,’ and now they bring their grandchildren out, they call me if they think anything looks out of place…You have people looking out for you. That’s community.”

Harris started Glass City Goat Gals, a grazing business, as a career change. An eco-friendly alternative to harmful herbicides and heavy, gas-run machinery, goats, she says, “manage the vegetation and they bring back the natural look of the land.” Toledo can be beautiful and healthy, Harris insists, but it will require citizens and local government to re-think how we manage local land and resources.

The massive scope of this work makes Jackson, Cunningham, and Harris not just stewards of the land, but also challenges the passive consumption of food, narratives, and politics that shape our capacity to change or even think about change on a micro or macro level.

With friendlier zoning codes, a group of knowledgeable advocates informing city officials, an established urban agricultural community (including the dedicated workers mentioned above), Toledo could be on its way to becoming a regional example of urban farming done right. 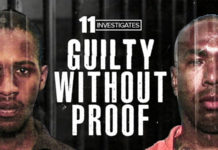 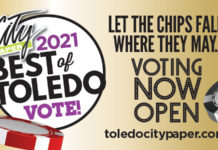 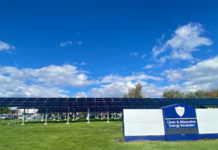