The YWCA marks their 24th year of honoring Toledo women, publicly recognizing those in the community
“who have demonstrated outstanding leadership qualities and contributed to the empowerment of women.” These profiles highlight this year’s honorees. 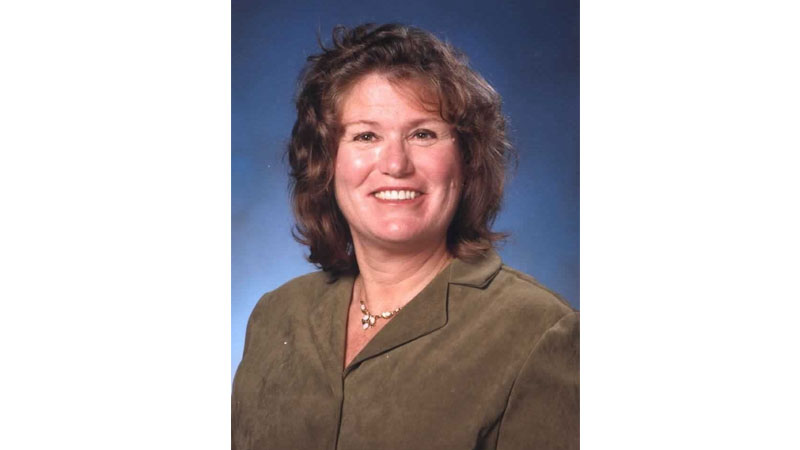 Formerly Director of Institutional Advancement at Toledo Zoo, currently VP of Resource Development at United Way, Mary Fedderke was responsible for community relationships and fundraising for The Toledo Zoo while also overseeing memberships, corporate sponsorships, and personally
serving as the President of the Zoo Foundation.

Mary describes her job eloquently, explaining, “It’s about somebody connecting all of the wonderful things we have in this community [in order] to make things happen. It’s about getting together and working with other nonprofits to provide services for our entire community.”

Mary worked diligently to make the Toledo Zoo “not just ADA accessible, but ADA friendly.” She clarifies, “Every single person is welcome, and [we want every guest to have an] equally good experience. For individuals in a wheelchair or for very young children, they often can’t see everything as clearly and from the same perspective as able-bodied adults. We took this into consideration at our aquarium — many of our exhibits are very close to the ground.”

Mary’s passion for her work is evident, and she adds, “My interest in nature, animals and the community really goes back to my childhood. We had a wonderful childhood, and most of our recreational time was spent outdoors—
at the metroparks and with the Boys & Girls Club. It’s in my DNA… and I wanted to do something involved with nature. I’ve loved every minute of my 16 years inspiring others to join us in caring for others and conserving the natural world.” She advises the young women of today to “find their passion and pursue that. All avenues are open and available!” 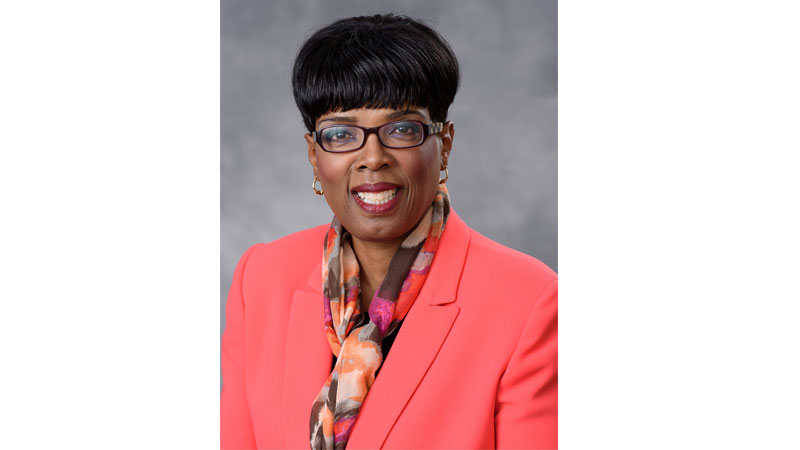 Robin Reese has worked in the field of child protection services for 37 years, asserting, “in all of my years in service, not one day of it ever felt like work!”

“I was born to do this,” Robin explains. “If you talk to my mother, she says I’ve been in service my entire life. I had teenage parents— who are still together to this day— and the role that I played [growing up] was really trying to manage things. I was never really like a kid.”

“I was drawn to this work… it’s just who I am,” she explains. “It’s second nature to me to help. Social workers are professional helpers. I have the God-given gift of help.”

Robin’s clear enthusiasm and love for her job, coupled with her hard work and determination, helped her rise through the ranks— a path not previously open to a woman. Robin admits, “In my lifetime, I have been told over and over again that I couldn’t do something, even during my tenure here. But I persevered.”

She advises other young women— “You have to listen to your own voice that tells you [that] you can do something…you have to be a self starter. Don’t let any body discourage you. Listen to and respect what is in you, and then when you get in charge, run it your way. You don’t have to do it like a man; do it your way.” 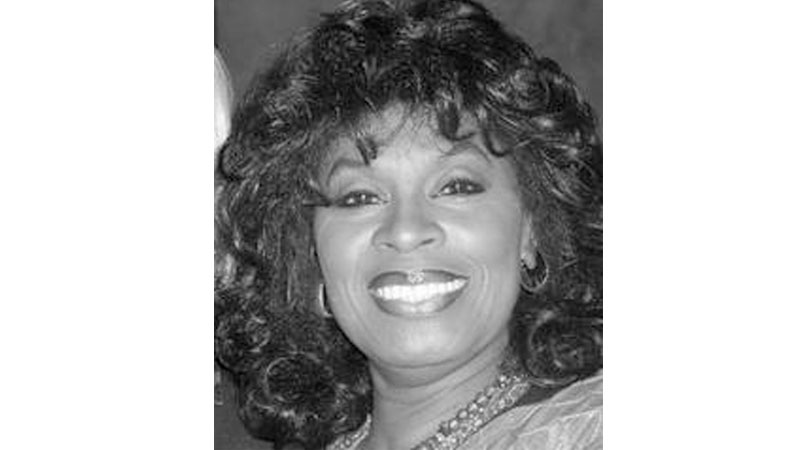 Jean Holden-Hanna is a well-known and revered singer from the Toledo area. Her impressive voice rivals those of the famous, making her truly a Toledo legend.

Yet these days, Jean is “not interested in getting out and performing.” She laughs, “I’m 79-years-old; I don’t want to do that anymore. Been there, done that!” These days, Jean’s passion is coaching. She trains young children, older children, adults, helping them practice delivering lectures and preparing them for [voice] auditions.”

Jean has been singing since she was a 12-year-old in Louisiana, and she trained to sing opera, receiving several scholarships to prestigious schools, including Juilliard and Oberlin, but Jean explains, “I turned them all down to get married and have kids because I thought that would be better. I have had a guilty conscience since then…about that unwise decision. However, I had two adorable children out of that marriage, so I don’t regret [it].”

Thankfully for Toledo, she stayed in the area, allowing Toledo residents to enjoy her music and expertise for decades. Jean has many impressive notches in her belt, such as singing with the Toledo Opera for six years and being the first black person to appear on UT’s theater stage.

Jean concludes by admitting that “opera wasn’t truly a part of my soul,” she is grateful for that training. “I always tell them, ‘We only come here with one set of vocal chords.’ If you’re going to sing, you need to learn to sing the right way…. good training will stick with them through the rest of their years.” 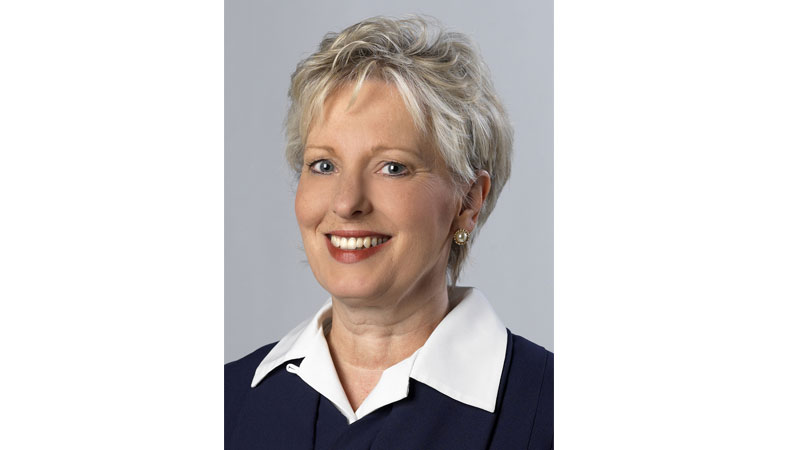 Justice Judith Lanzinger is the only person to ever be elected to all of Ohio’s four court levels: Municipal, Common Pleas, Court of Appeals and the Ohio Supreme Court, for a total of 31 years of judicial service.

In the 60’s when Justice Lanzinger was growing up, she explains that “women generally could be secretaries, nurses or teachers. Now there is hardly a place that is closed to women.These expanded options can cause stress, particularly in those just beginning to decide what to do in life.”Justice Lanzinger’s professional journey is an interesting one: enjoying herself one night at a gathering with friends, someone informed her that “pre-law classes” were not required to enroll in law school; you simply needed a Bachelor’s degree.

She recalls, “As the first in my family to go to college, this was real news, and my husband, Robert, encouraged me [to enroll in law school], even though my daughter Mara was 5 and my son Josh was 2.” Fast-forward years later and their daughter Mara is now a lawyer and their son Josh a judge. Justice Lanzinger jokes, “I’m glad that Robert put up with all the legalese in the family!’

Justice Lanzinger offers wise words for today’s busy woman: “You can play many roles in life ‚— daughter, sibling, spouse, parent, caregiver, friend, employee, professional, expert — and they can overlap and sometimes conflict. So being all things to all is impossible. No one can be superwoman because choices are necessary and we have to live with the consequences of our choices. My mom always said ‘just do the best you can.’ I think it would be a pretty good world if we all did that.” 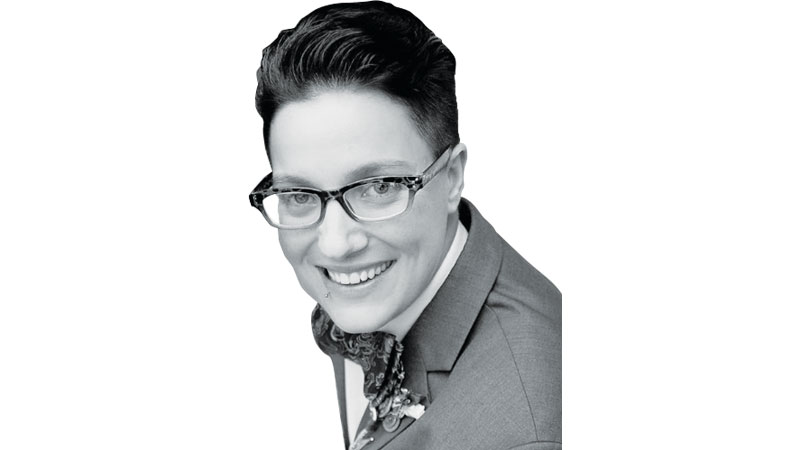 Lexi Hayman-Staples, Director/Designer & Volunteer, honored for her volunteerism, asserts, “I think volunteering is the most meaningful way that you can give back to your community.” She adds, “I’ve been volunteering in one way or another since I was a kid. My parents volunteered and I have always looked up to both of them.”

Lexi raves about her work, exclaiming, “I love, love, love everything that I’ve had the opportunity to be involved in. Through the Collingwood Arts Center, I’ve connected with so many local artists, volunteers and people who are passionate about history.”

For Lexi, the recipe for success is simple: “stay focused and put in the work.” She hopes “everyone…realizes the power that [we] each possess. Each of us can truly make a substantial difference…[and] I think there is a general realization that women are as capable and influential as men. It’s powerful to know that younger generations will grow up feeling fewer limitations.”

In 1996, a community of black church leaders and community activists envisioned a credit union as one method to strengthen the Toledo community, and from that vision, Toledo Urban Federal Credit Union was created.

Suzette Cowell, CEO of Toledo Urban, has helped rally the Toledo community behind it, “holding fundraisers to raise its fiscal rating from a two-star ‘problematic’ designation to a four-star ‘excellent’ rating, and growing its assets from $1 million when it started to a current $4.9 million.”

Toledo Urban Federal Credit Union is designed to serve the lower to moderate income members of the community and central city, and they now have a new location inside The Nexus Health Care Center downtown.

Suzette explains, “We’re going to be changing the community, that’s so important. It’s major because a lot of people have health issues and financial issues, [and] now they can come in and get their financial issues taken care of when they come to the doctor.”

West Side Montessori, Founder and Head of School 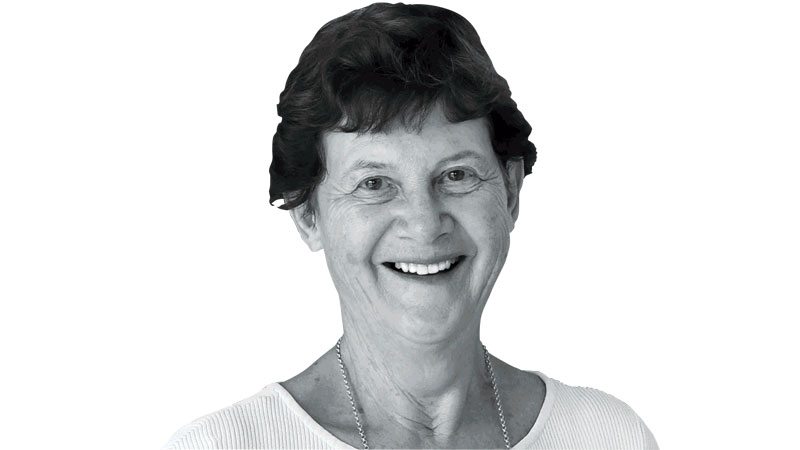 Lynn Fisher, founder and head of school of West Side Montessori, who was honored by YWCA for her service in education, ironically exclaims, “I was determined not to be a teacher! Becoming a parent changed my perspective about what children need to thrive, and Montessori education gave me the tools to make it happen.”

From that parental revelation, West Side Montessori was born, and “Montessori education aims to build a world that is inclusive and just.”

Lynn advises the young women of today to “look at your values and your aptitude. Don’t aim for a profession of prestige, but rather for one that will give you personal satisfaction.”