Can you curb food waste and make affordable, fresh produce more accessible by shipping grocery store rejects to customers across the country? One company thinks so, and has set out on a humble mission to prove it. 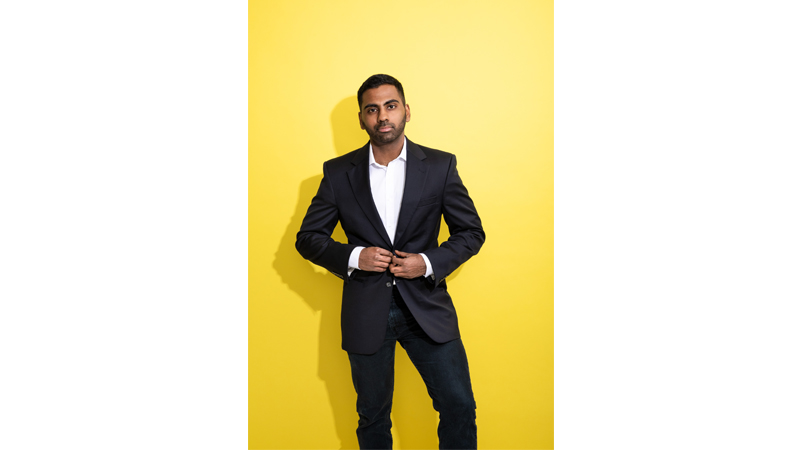 In the fall of 2017, Ramesh visited an apple farm in eastern Pennsylvania which formed a shocking realization: a large chunk of farmer’s produce was thrown away at the end of the season. And it’s not because they were “bad apples.” They were just imperfect— too big, too small, “suffering” from slight scaring or other aesthetic issues. These imperfections assured they would be rejected by grocery stores. The farmer told Ramesh the apples were “misfits” and, while many were given away, most would just get tossed.

“It was a classic lightbulb moment,” Ramesh explains. “I live in Philly, and there’s a lot of people in neighborhoods here that don’t have access to fresh produce. Realizing that so much produce was going to waste was the spark that led me to dig into the issue. If a single small farm in eastern PA has these issues, what happens at every other farm around the country?”

Ramesh travelled around the country to talk to farmers and quickly discovered the apple farm’s problem was not unique— nature doesn’t create symmetrical, grocery store-approved items and most of a farmer’s yield isn’t picture-perfect.

“The same thing was happening at every farm we contacted. There’s a subset of food that they couldn’t sell for reasons that you and I would find somewhat irrational, and the produce would get tossed. So we decided to do something about it, while also tackling the problems of food waste and food accessibility, with Misfits Market.” 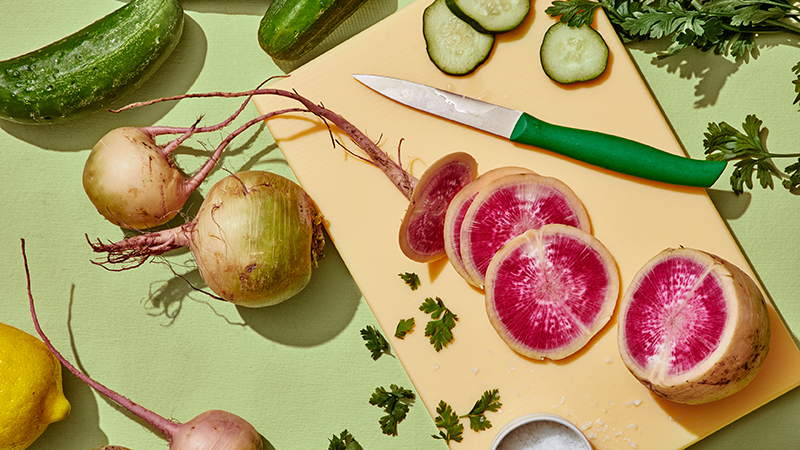 Making of a misfit

For a contemporary startup, the business model of Misfits Market is shockingly simple. The Philadelphia-based company buys “misfit” produce from, mostly regional, farms and then packages it in colorful boxes to send to weekly customers. Boxes— 10-12 lbs. and 18-20 lbs. of mixed organic fruits and veggies, priced $23.75 and $42.50, respectively— are filled with more than just “bad apples.”

Providing a healthy variety is an important part of the Misfits Market mission. “Generally, each box is pretty well rounded in terms of having different types of fruits, leafy greens, root vegetables, etc, that comprise your core diet. We try to provide a well-rounded mix. Most of the produce tends to be in season, but not always,” explains Ramesh.

“Since we work with farms around the country you might end up with mangos and avocados in the winter. We are able to provide a diverse mix for everyone.”

While the diversity might surprise customers and push them out of their comfort zone, Ramesh says that earning a new appreciation for overlooked varieties of produce is part of the business’s philosophy: “There’s a lot of ways to tackle food waste, and one of the ways you can do that in your own household is by being a bit broader in terms of what you’re willing to cook with.

Misfits includes recipe cards in their boxes, maintains an educational blog that highlights fruits or vegetables included in the weekly box, and hosts recipe contests. 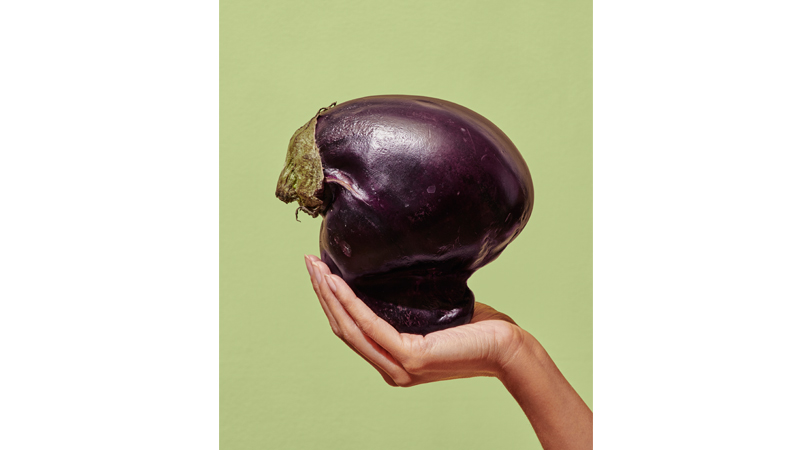 One problem at a time

In five years, Ramesh hopes that Misfits Market will become a national brand, with distribution and packing centers to match the pace of their evergrowing customer base. Currently, the company delivers to the Northeast region, serving 15 states, including Ohio, but Ramesh anticipates more growth.
“Our goal is to solve the problems of food waste and food accessibility and affordability at a scale that creates a lasting impact. For us, that scale is at least national. We’d like to be able to service every ZIP code in the United States and provide fresh, affordable and healthy food that is sourced in a way that also tackles food waste and food inefficiency.” 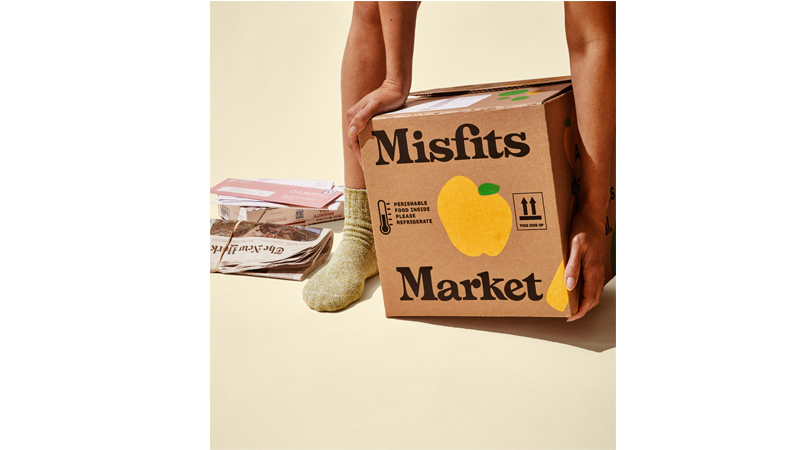 Naive, in a good way

Some generations might find Ramesh’s approach naive, but he doesn’t see that as a bad thing. “I think that the recent generation of entrepreneurs has been naive in a good way,” he says with a laugh. “We look at big problems that exist today that everyone faces and try to solve it. Previous generations might have seen these issues as structural problems that society faces and thought, ‘what can we do about it?’ But we try and maybe seven times out of ten it doesn’t work, but that’s ok. Three times of out ten it did.”

If the worse thing you can do is try to make a difference, you can’t be doing that badly.

“I think the problems that I am interested in solving, are massive foundational issues surrounding health, nutrition, food access and transportation. They represent massive categories of customer spending that haven’t been touched in a long time. I think there’s a lot of innovation that can be done that will impact millions of households across the country.”

With Misfits Market, Ramesh creating an effective solution for a problem that affects a specific sector of business and applauds others that do the same. “The food supply chain is incredibly complex and there is so much waste and inefficiency. If something perishable is being passed on ten different times before it gets to you, there’s going to be a lot of issues in that ecosystem. It’s a huge problem that can probably be approached in at least 30 different ways, and I think that’s what needs to happen. We can’t expect to solve the entirety of the problem on day one, but if everyone chips in and if we continue to make progress, eventually we will solve a big chunk of it, enough to make a difference.”

To sign up for Misfits Market, or to learn more, visit misfitsmarket.com. 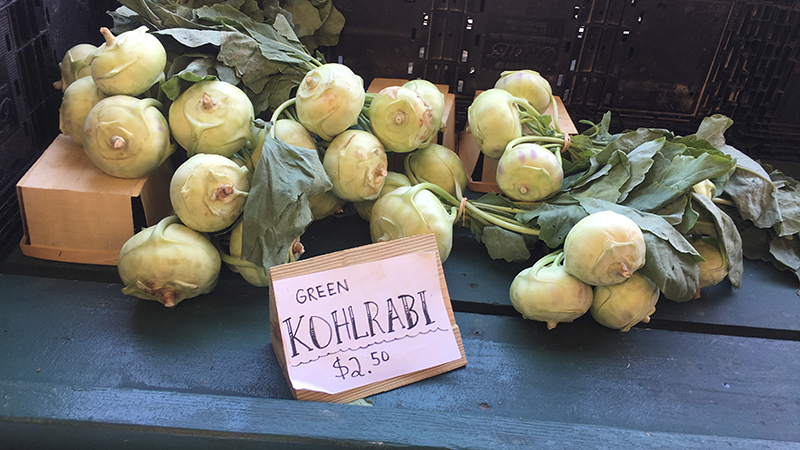 What the h#ck is that?

It only takes a quick walk around the farmers market to find a variety of this oddly-shaped root vegetable, kohlrabi. Sure, it looks weird, but the taste is fantastic with a texture reminiscent of cabbage and broccoli. So, what can you do with it? Almost anything. The veggie is versatile and can be eaten raw (may we suggest a slaw), roasted (which achieves a mellowed-out flavor), steamed (then try mashing it in with your potatoes), just to name a few of our favorite ways.

We asked TCP readers about their favorite items and vendors at the local farmers markets. Here’s what they had to say:

“I love to buy is fresh veggies like tomatoes and zucchini. I love to make stuffed zucchini!” — Jane Elekonich

“I love getting my breakfast at the Downtown Farmers Market on Saturday morning— Bea’s Blend coffee, Holey Toledough and, of course, stopping by Baubles by Bev to check out their pretties.” — Jan Walters

“I love going to the Toledo Night Farmers Market to get awesome veggies to make kebobs on the grill! I’m a grilling machine! Thanks, Toledo City Paper!” — Matty Mckown

“Parran Farms. Best corn, Freeze it off the cob for great corn in the winter.” — Chris Beuhler

“The Saturday downtown market with a pretzel croissant treat from All Crumbs.” — Emilie Renee

“All Crumbs’ pretzels at the downtown market!” — Eryn Thacker

For a full list of vendors participating at the Toledo Farmers Market, visit toledofarmersmarket.com/vendors