Toledo-based clothing and retail brand Jupmode launched a “Here for Good” campaign in April to raise money for local businesses impacted by the COVID-19 pandemic.

Tara Chlebowski, Jupmode sales rep, said area businesses with T-shirts available for purchase through the campaign numbers over 430 and growing. Chlebowski relates that the community has stepped up and as of May 1, afternoon over 9,000 shirts had been sold.

The idea for “Here for Good” came about when Jupmode owner, John Amato, was looking for a way to give back to the community during the pandemic.

“We saw the opportunity where there was an immediate need and how we could provide an immediate solution,” Chlebowski said. “We decided that we could print shirts for individual businesses in order for them to sell.”

Each shirt sells for $20, with $10 being donated back to the area business.

One of the local businesses participating in the campaign is Culture Clash Records on Secor Road. 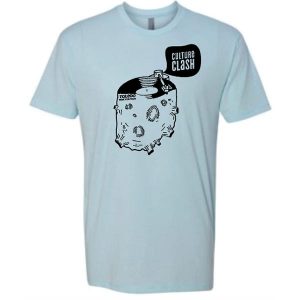 Tim Friedman, owner of Culture Clash, said the response to his business’s T-shirt design has been really good. He said the Jupmode “Here for Good” shirt has been selling well.

Friedman said he thought it was a great idea for Jupmode to start the campaign and he’s glad to see people supporting local businesses.

“Jupmode has this positive reputation for being very timely,” he said. “I think it’s a classy move and they’ve been handling it very well. Every time I go to the site, I see a new shirt, a new entity being represented.”

Some business owners said “Here for Good” has given them an opportunity to expand their brand. 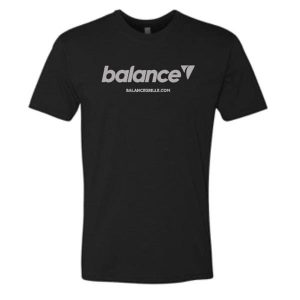 Prakash Karamchandani, co-founder of Balance Pan-Asian Grille, said he had been looking to produce more merchandise and Jupmode’s campaign gave him the ability to do so.

“Our customers seem to love it! It’s a simple shirt, we’ve wanted to have more logo’d mech for our customers but really haven’t had the chance to get into it,” he said.

Karamchandani also mentioned how fitting the name, “Here for Good” is to represent local businesses. “The name makes so much sense, it’s about how the campaign does good by supporting your favorite Toledo sports. But it’s also a statement for our business community state we’re here for the long haul.”

The campaign, however, has not just been limited to Toledo, but also to surrounding communities.

Angelwood Gallery — located in Grand Rapids, Ohio — has had one of the best-selling shirt designs of the campaign so far. Along with the business’s name, the shirt reads, “POT DEALER” along with the silhouettes of multiple clay pots. 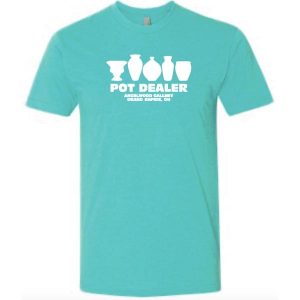 Julie Beutler, owner and potter at Angelwood Gallery said the pot dealer idea came from a pottery conference she attended years ago. She had a friend of hers who is a graphic designer create the pots.

She said in approximately two and a half weeks over 50 Angelwood Gallery shirts have been sold. During the week of April 17, the design was the ninth best seller in the campaign.

Also just outside of Toledo and participating is Griffin Hines Farm in Swanton, known for its Saturday Night Blues Shows and BBQ. 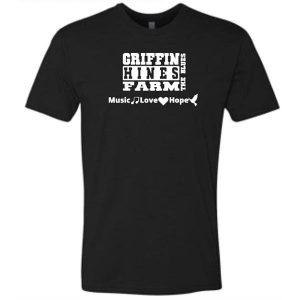 Owner Steve Coleman and managing member Cara Kimmerly said while they love seeing the Griffin Hines Farm logo around town, their focus is on the community.

“Our customers at Griffin Hines Farm are the heart of our business. They love to support our community just like we do,” they said. “We have sold quite a few shirts, but our focus is really on helping others in the community.”

Coleman and Kimmerly wanted to thank everyone for supporting the local community. “Thank you Jupmode and thank you to all the people out there supporting not only our small business, but the many others who are pushing through during this hard time.”

“Here for Good” shirts are available to purchase on Jupmode’s website. All purchases are pre-orders which will be produced and shipped soon as it is safe to do so when Ohio’s stay-at-home order is lifted.

If you are a small business interested in having a shirt of your own contact, Tara Chlebowski by emailing tara@jupmode.com.

The “Here for Good” campaign is tentatively scheduled to run through the end of May.