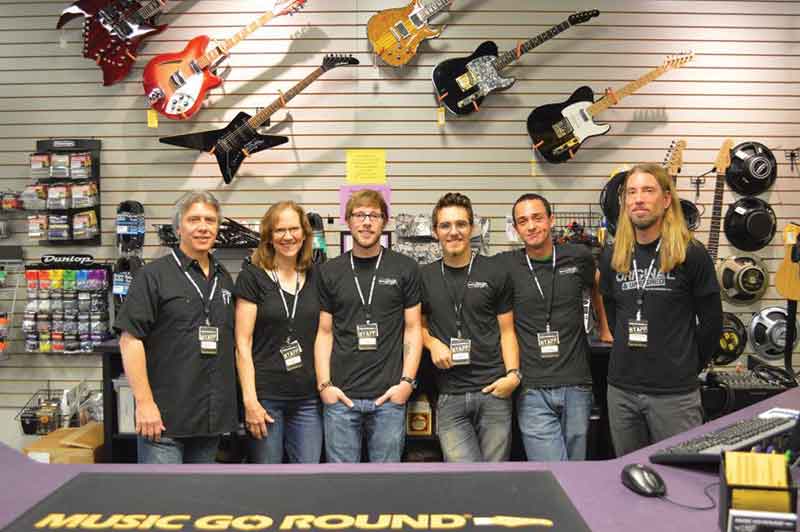 After 35 years in the automotive electronics business, Gary Wagner decided to take what he previously considered a hobby and turn it into a business. His first memories of playing music harken back to early childhood, sitting with his grandmother at the piano. This experience only amplified his interest, and from high school on he has played piano and guitar in local groups such as Venyx, Booyah!, and The Old Dogs.

“Reuse, Recycle, Rock” is the motto at Wagner’s newly opened shop, Music Go Round. Buying and selling only used instruments, the shop is an oddity in a city where most music shops sell both new and used gear. This results in a unique inventory, where shoppers can browse many one-of-a-kind items. Some of these include a custom-built guitar from California luthier Jorge Pasaye Gonzalez, a vintage early-1950’s Rickenbacker double-neck steel guitar, and a Sovtek MiG 60 tube lead amp.

Music Go Round started accepting merchandise at the end of August and had its grand opening on October 16.

Another aspect of Music Go Round that sets it apart from other music shops in Toledo is that it provides more for customers than just buying and selling instruments. While also selling musical accessories and equipment, the store has space set aside for recording and education. Teachers rent practice rooms for lessons in the back of the shop, and musicians can record in the studio.

Although the shop will not sell musical groups’ promotional merchandise, Wagner is looking to get involved with musicians in the Toledo area. “Some of the ideas we have include sponsorship of local bands and music events, promotion of local CD releases, a link to local music on our website, and providing access to recording resources for demos.” Wagner said.