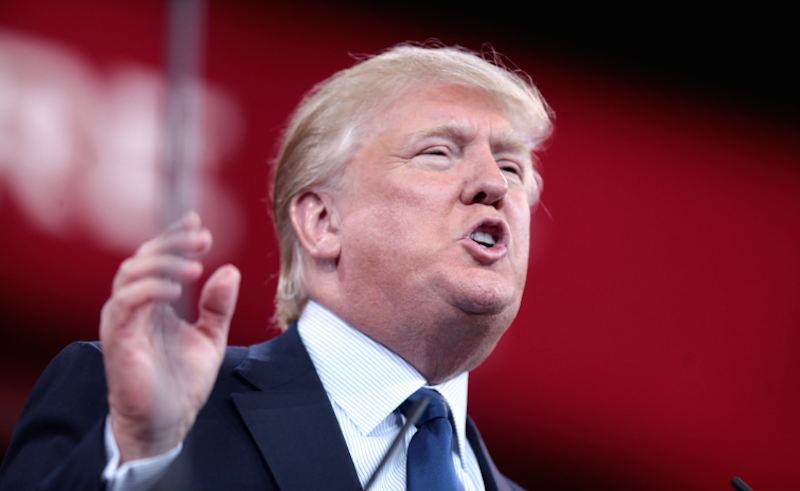 The genius of Donald Trump has been his ability to take a single term that has a lot of different meanings to different people and capitalize on that ambiguity. Policy wonks, government professors and, most importantly, journalists of all stripes have responded to his claims of a “rigged election” with both offense and a great deal of research. Meanwhile, Trump’s supporters can fit his claims into their own world view.

In claiming that the 2016 Presidential election is rigged, he once again seized the day’s dominant message in the media. In the weeks since Trump’s claim, he has continued to push the subject, adding that he wants his supporters to observe the polls for voter fraud. In researching his claims, I’ve spoken with a US Senator, Boards of Elections officials, university professors and other journalists. Each of these experts on United States government and its elections was offended by Trump’s attack on their area of expertise, reflections of each now echoing throughout the media cycle in both print and video.

Some of the concepts covered by his “rigged election” term could include: individual voter fraud, voter impersonation, liberal media bias and voter intimidation. Bowling Green State University Political Science Professor Scott Piroth believes that it is unclear exactly what Trump is referring to with the term “rigging”. Any quick survey of the conservative media blogosphere can turn up a dizzying array of endless variations. What the experts all seem to agree on is the danger to the legitimacy of the process, which is further exacerbated by Trump’s denial of a recognition of the election outcome. The smooth transition of power is a hallmark of our democracy, which he would delegitimize, without recognition, in the case of his loss.

The conspiracy theory concerning a liberal media bias lacks real teeth in our modern multi-platform media world, especially considering that Trump has received more free media coverage than any other candidate in this election and in any election in history. The estimated value of that coverage varies but, regardless of source and value, Trump has overwhelmingly won that game.

Senator Al Franken has best explained the biggest of the many genuine “rigged election” issues. “The irony of the rigged races question is it has been on the side of suppressing votes and disenfranchising voters. Real voter fraud is exceedingly rare. Not so with disenfranchisement. We’ve seen that here (Ohio), in Pennsylvania, North Carolina and Texas. If there is any rigging, it’s in the other direction. On the state level, the Republican Secretary’s of State are in control where this has taken place.”

As noted by Sen. Franken, actual fraudulent voting is incredibly rare. BGSU Professor of Political Science Scott Piroth agreed, saying, “There is very little evidence of voter fraud, but there is evidence of voter suppression, such as reduced numbers of polling places, reduced hours, etc. each making it more difficult for some individuals to vote.” Regarding the actual counting of votes, the Lucas County Board of Elections points to the many times they cross check and recheck reported voting results, including the recertification by the Secretary of State, with paper ballot backup 21 days after the election.

All four of the states mentioned by Franken have had federal appeals courts strike down recently enacted voting restriction laws, with the language in the North Carolina decisions stating, “The new provisions target African Americans with almost surgical precision” and “impose cures for problems that did not exist.”

The Federal Court’s decisions in those states have come down against laws and policies enacted by Republican led state governments. University of Toledo Political Science Professor Sam Nelson said,”There is a very clear correspondence in the enactment of the laws in those states with the limitations placed by the Supreme Court on the 1965 Voting Rights Act in Shelby County v. Holder.” The result of which is removal of the requirement that voting laws have pre-clearance by the Supreme Court.

Professor Nelson said,”All of the changes in election law have been in regards to the suppression of votes, making it harder to vote by putting in barriers and obstacles.” Examples of these barriers were with college students and older Americans of retirement age. College students are a transient group that moves around a lot, traveling between college, home and summer jobs. Many older people don’t have a driver’s license for identification, so they may be required to spend time and money to get another form of ID.

Disenfranchisement of the electorate can clearly take many forms. In order to combat the supposed voter fraud that Trump fears on Election Day, he has asked his supporters to observe the polling stations. He has specifically asked them to note individual’s attempts at casting multiple votes.

Ohio has very specific rules regarding the rights and duties of official poll observers, which are spelled out on the Secretary of State web site. The few specific suggestions recommended by Trump during his rallies, which include vague language and innuendo, minimally appear to violate the rules against loitering and maximum numbers of observers, as well as the official appointment process. The flip side of that, looked at from the voter’s perspective is disenfranchisement through intimidation. Professor Nelson made special note to add, “Voter intimidation at the polls is also a felony. People can get in a lot of trouble if they follow that advice without being careful.”

Fortunately, with our extensive and decentralized electoral methods a coordinated effort at voter fraud is unlikely and virtually impossible. “That millions of people would commit a felony seems preposterous,” said Professor Sam Nelson. Yet we must remain vigilant against the possibility, as Senator Al Franken regularly points out, he was elected by a margin of only 312 votes.