Everyone needs a hobby. Some people golf. Others play racquetball. And then you have the members of the Toledo Historical Swordsmanship Society (THSS), who learn to master razor sharp medieval weaponry.

The 14 members (and growing) of the THSS focus on Historical European Martial Arts (or HEMA), part of several similar groups throughout Michigan and Ohio. “HEMA is akin to karate or judo. Just like the warrior classes in Eastern traditions had their own form of fighting styles, such as Tai Quan Dao or Jiu Jitsu, so did the European cultures,” said THSS member Matthew Haynes. “As a community, we are bringing back to life the dead arts of the old European fencing masters.” 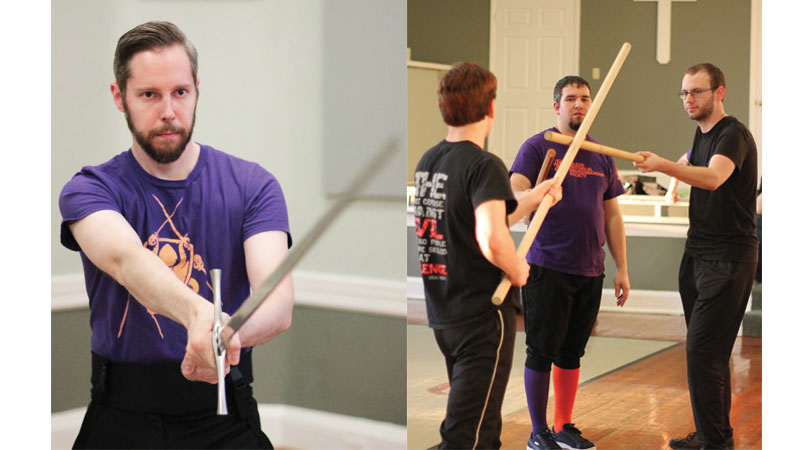 The study of HEMA goes far beyond swordplay. History and tracing lineages of HEMA masters from the present day back to the Renaissance and beyond makes up a sizable portion of the sport. According to Haynes many modern day sports such as fencing, boxing, and wrestling have their origins in HEMA. Sometimes a HEMA enthusiast has to be one part Zorro and one part cultural anthropologist.

“Many European masters left behind manuals, sometimes coded in poetry. The HEMA community has been discovering, translating, and interpreting these manuals to reconstruct the old arts,” said Haynes.

To join THSS, an acolyte must first acquire the necessary protective gear. As Haynes points out, this isn’t stuff you can pick up at your local big box sporting goods store.

Meetings are held every Monday evening from 8 to 10 pm at Rossford United Methodist Church, with dues $20 a month. And what ancient forms of European martial arts do they study?

“The systems of swordsmanship we study is actually really broad. We have classes that stem from the 1300’s all the way to World War II,” said Haynes. “We teach an assortment of weapons including—but not limited to—longswords, rapiers, daggers, axes, military sabers, and quarterstaffs.” 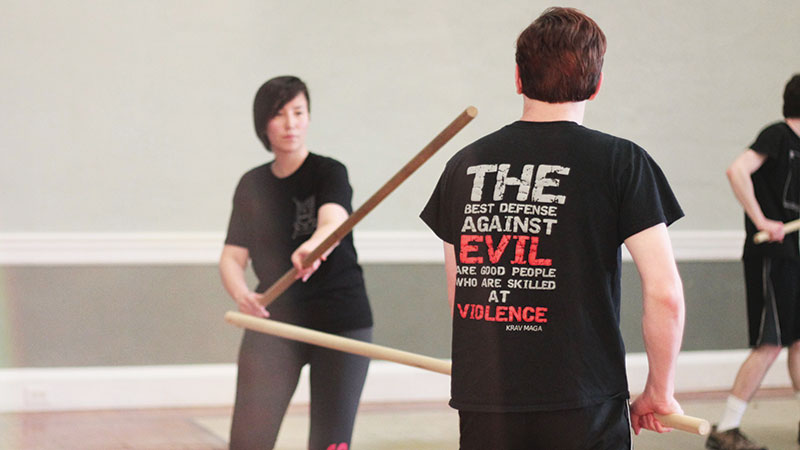 Much like other contact-heavy sports, the THSS doesn’t take just anybody. There are no “try outs” per se but you must pass a written and physical safety test, as well as having your own safety equipment.

For those interested would-be warriors, a great way to familiarize yourself with the THSS is to attend the Toledo War event the weekend of June 8 and 9 at Fort Meigs in Perrysburg. The two-day event includes more than a dozen classes on various styles of HEMA, camping inside the fort, access to the Fort Meigs Historical Museum, food, and much more. The event centers around the notorious Toledo War (also known as the Michigan-Ohio War), an extended border dispute between the two states from 1835-36.

“The Toledo War event is designed to bring Ohio and Michigan HEMA groups together to share our knowledge in a day of in-depth classes and sparring,” said Haynes. “Anyone from the public is more than welcome to swing by and join in. If you’ve ever been curious about how to actually sword fight, this is the event for you.”

One thing that’s not allowed—any form of bigotry or discrimination.

“In our doors, we put aside any differences we may have, whether it’s religion, politics, or race,” said Haynes. “We put those things down when we pick up our swords.”