People often think of the arts and STEM fields as being polar opposites that exist on different planes. Imagination Station has proven that this is not the case with their debut fashion show, Elements of Style: A Fashion Show Fundraiser with STEMinist Flair, an event that not only raised money for educational activities where art and science intersect, but also presented a visual of that intersection in action. 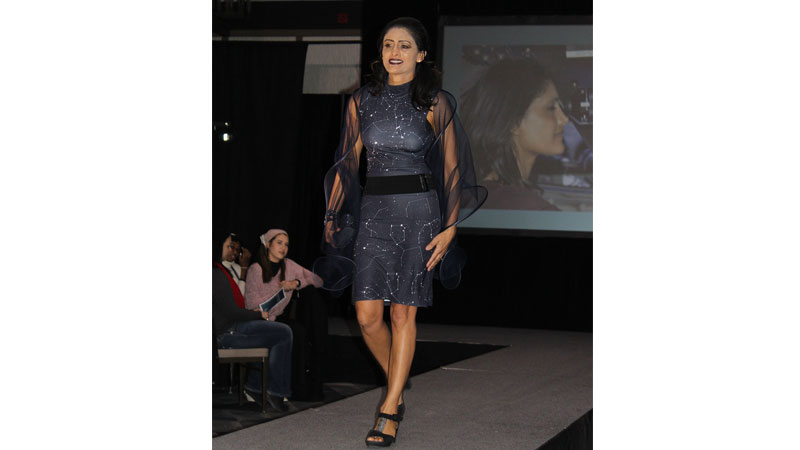 “There were close to 70 women who walked in the show and were involved,” says Imagination Station CEO Lori Hauser. “Many were community supporters who are lovers of science and our organization.”

15 of these models were featured wearing the STEM-themed dresses from Shenova Fashions, a company whose mission centers around promoting women in STEM through their collections. Other collections featured in the show were by Matilda Jane, Rialto Jean Project, Vivian Kate, Sophia Lustig, Ragazza, Elegant Rags, and upcycled accessories by Amanda Metzger, Cassandra Brown, and Susan Bernard.

Many of the ensembles were modeled by STEMinists, a club for those passionate about science, technology, engineering and math who strive to promote women in STEM, education, and empowering girls to develop a love for science.

“You don’t have to be a scientist to be involved in the STEMinists,” explains Houser. “You just have to have a love of science and education. There’s a wide range of women that are members of the group.” 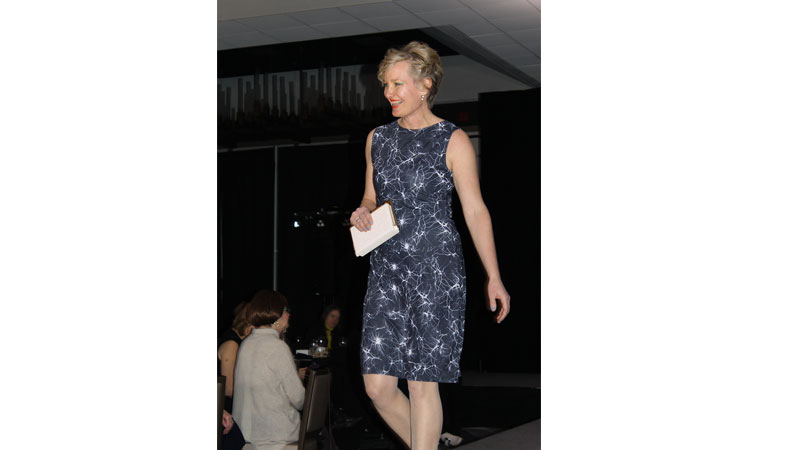 Along with STEMinist members, Toledo School for the Arts had students modeling their own designs, including Greg Cleveland, who wore a shirt naturally dyed with turmeric and Ada Kalmbach, who wore a gown that sparkled with LED lighting. Both students demonstrate the mission of the show, which is to promote innovative, sustainable solutions. When the idea for a fashion show was first floated, the focus became more clear.

Hauser says, “We knew we’d have Shenova, then we made sure we had STEM professionals who matched up with these designs, then it was about confirming the other boutiques. We also began considering the idea of upcycling–addressing items that are considered technology waste, turning it into art.” 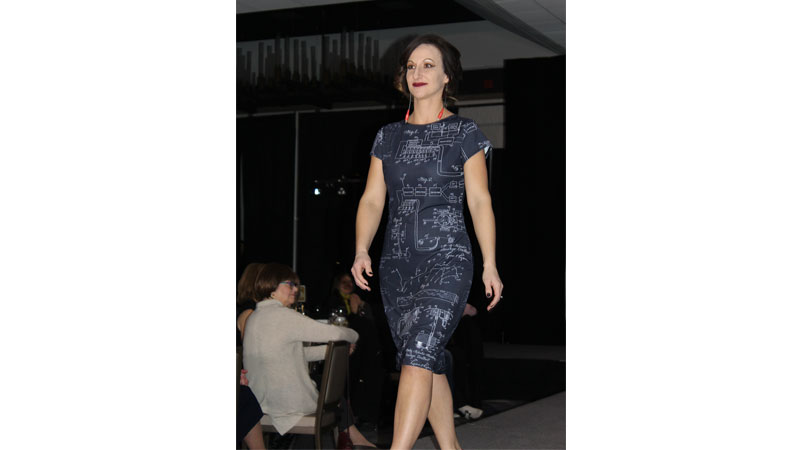 The funds from this fashion show/luncheon go toward STEM programs at the Imagination Station, like their Girl Power events, workshops, guest speakers, and other activities that promote education in STEM applicable in all fields of interest for young people.

From sewing with conductive thread to bringing in technology that temporarily changes your taste buds, the science center offers incredibly diverse activities, illustrating to young people in our community the creativity inherent in the sciences.

“The concept is that you can do both art and technology together and see that it’s a beautiful blend,” Hauser says of Elements of Style. “I think they’re blended. You need both of them together for a balanced education. They are integrated in everything we do.”