There’s nothing we can say that Dr. Martin Luther King Jr. has not said himself. To celebrate his life, honor his legacy, and move forward with his spirit, here are 10 more of our favorite MLK quotes:

1)
“A nation that continues year after year to spend more money on military defense than on programs of social uplift is approaching spiritual death.”
— Beyond Vietnam, 1967

3)
“Now, we got to get this thing right. What is needed is a realization that power without love is reckless and abusive, and that love without power is sentimental and anemic. Power at its best is love implementing the demands of justice, and justice at its best is love correcting everything that stands against love.”
— Where Do We Go from Here?, 1967

5)
“We have been repeatedly faced with the cruel irony of watching Negro and white boys on TV screens as they kill and die together for a nation that has been unable to seat them together in the same schools.”
— Beyond Vietnam, 1967 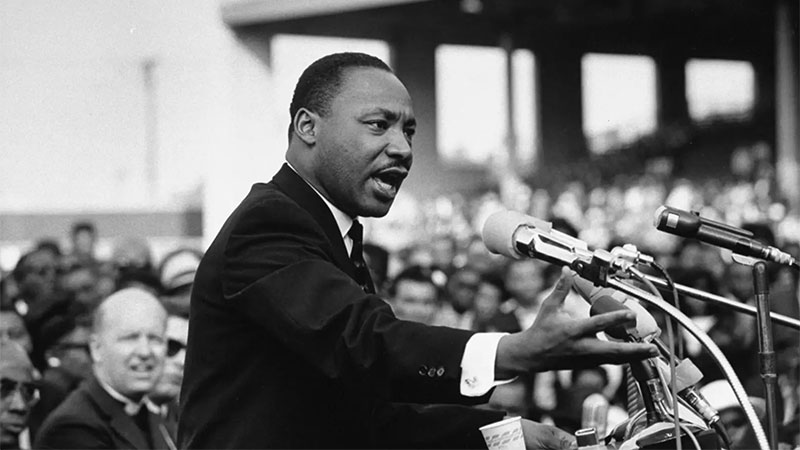 6)
“Many white Americans of good will have never connected bigotry with economic exploitation. They have deplored prejudice but tolerated or ignored economic injustice.”
— Why We Can’t Wait, 1964

7)
“Perhaps it is easy for those who have never felt the stinging darts of segregation to say, ‘Wait.’ But when you have seen vicious mobs lynch your mothers and fathers at will and drown your sisters and brothers at whim; when you have seen hate-filled policemen curse, kick and even kill your black brothers and sisters…then you will understand why we find it difficult to wait.”
— Letter from a Birmingham Jail, 1963

8)
“Violence is a powerful and just weapon. Indeed, it is a weapon unique in history, which cuts without wounding and ennobles the man who wields it.”
— Nobel Lecture, 1964