How One Local Brewer is Losing Weight by Only Drinking Beer 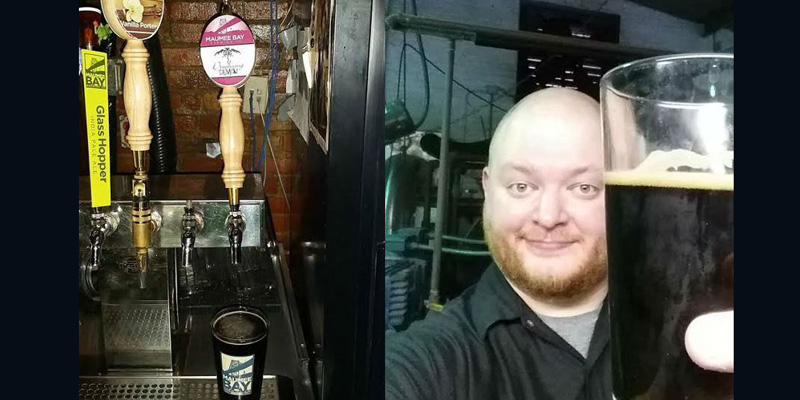 When you go on a diet, you expect to give up certain things. Certainly a healthy diet means not enjoying a late-night slice of pie or early morning block of cheese. Generally, you’re supposed to eliminate beer as well, due to the unnecessary calories. But, Steve Wherry, a local brewer from the Maumee Bay Brewing Company, is showing how you can go on a diet with beer… and nothing else.

Wherry recently felt like he needed a change of pace and dietary habits: “Maybe hit the reset button and gain some perspective. But things like jogging or going to the gym seemed boring and uninteresting to me.”

Steve did some research and came across a beer fast, a type of diet that involves eating nothing and only drinking beer over the course of a few weeks (Steve’s fast is for 42 days). “I had first heard about [the beer fast] a few years ago when a news article came out about a home brewer in Iowa named J. Wilson that did it… he went for 46 days doing it and reported good results from it.”

The best results from previous people’s beer fasts involved imbibing a kind of beer called a doppelbock. A doppelbock is a dark, heavy beer with more hops and other nutrients in it that the average beer. The beer became known as “liquid bread” by the German monks who originally made it in the 17th century and used it (and only it) as sustenance during Lent.

Steve is in a great spot to try out this beer fast, as he’s a brewer and distiller at the Maumee Bay Brewing Company. In fact, while doing his research on previous beer fasters, “I realized the one thing that I haven't seen was a professional brewer do it, and none of the beers used in these fasts were commercially available.”

That realization has led to Steve’s current beer fast, which you can follow on his blog at thebeerfast.tumblr.com. The blog came about when he was researching previous beer fasts people had gone through and saw that no one had done a daily journal of their fasting experiences. The beer that Steve relies on for the fast is a Maumee Bay original called Dreaming Demon, a Belgian Strong Dark made with Montmorency cherry juice. Five pints a day gives Steve a necessary 2100 calories to work with for nourishment.

The results are in

This beer fast wasn’t something that Steve jumped into lightly. Before starting, Steve consulted with his doctor and a nutritionist, and did some test runs of fasting for just a few days. This consulting is important, as everyone will take to the diet differently. Steve says this is the best way to go, “Just to make sure you're ready to handle it… to see how you can handle the worst of it as you go through food withdrawals.”

At the time of writing, Steve is 17 days into the fast, and already 22 pounds lighter. Along with the weight change came a change of perspective: “After you quit eating food, you start to notice that a big part of culture is the notion that food is a big part of anything we do for fun and having immediate access to food and sugar is something we covet in this country.”

So far all of Steve’s planning has lead to a great experience. If you’d like to radically change your diet like Steve did, be sure to follow his fasting blog. As far as tips to get through the beer diet (or any diet in general), Steve says, “The first week or so of a fast or a cleanse, if you really want to get on a diet and stick to it, fight the hunger pains and flavor boredom; you'll be surprised how quickly you adjust to it once you let the storm pass and more importantly, how happy you begin to feel.”