Chris DeFaria spoke on the phone from London where he is in the process of editing his next film, Tom and Jerry, due in theaters this December. The longtime producer, his name attached to a slew of high-profile projects throughout his career— Mad Max: Fury Road, Gravity, Ready Player One and more, served as president of animation for both Warner Bros. and DreamWorks. At his core, one essential truth about DeFaria is that he loves movies.

“I’ve always been fascinated by storytelling and technology, and those two come together in film in a way that’s hard to find elsewhere,” he said.

“Everybody in my business is interested in new talent, emerging talent, people telling stories in new ways, people taking advantage of the recent changes in how movies are made and how they are distributed, and, I hope, coming up with new and original stories. It’s hard to find that, and these film festivals are often the best place to go,” DeFaria explained.

DeFaria’s emerging talent has roots back in 1969, as a child voice actor. A native of San Francisco, his connection to animation never really faded, whether it be as an executive in charge of animated projects like Happy Feet or Lego Movie 2, or working on the (often computer-animated) special effects for films like I Am Legend or Man of Steel.

“Animation is a very technology-intensive art form. It is pens and pencils and artists, that’s certainly what it was for a long time,” DeFaria said. “The talent that’s required is the same, but animation has become extremely technology-intensive, as an art form. And the other films that I’ve produced have all innovated or relied on emerging technologies to tell stories.”

Time to be a judge

Putting a passion project in front of an experienced eye like DeFaria’s provides a thrill for Glass City area filmmakers screening projects at the Maumee Film Festival. But DeFaria reminds the contestants that the really important part is simply getting your film in front of an audience. “After you’ve been doing it long enough, and I’ve been doing it long enough, you have to pause and realize that the thing you’ve created is, itself, the destination. And it doesn’t work if audiences don’t see it. So film festivals are really the completion of the endeavor, of the art form.”

DeFaria has already seen all of the films entered in the event. He won’t be attending the festival, but rather judged the entries remotely. And although he won’t spoil things by revealing his votes for the winners, he will say that attendees to the Maumee Film Festival have some entertaining movie experiences ahead of them.

“I like movies, and I love to watch them. And judging them, it’s funny to put that hat on. I try not to do that— I watch them all twice. The first time I watch them, it’s just to enjoy the movies. And then I say, okay, now it’s time to be a judge on these things.” 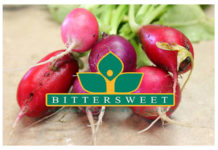 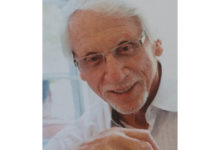