The opening track, “Wild Things,” is an homage to the freedom and boundless imagination we are all immersed in as youngsters (if we’re lucky.) Sarah was reminded of a place in her that acted as a theater for that very state of mind, right here in Toledo Ohio. 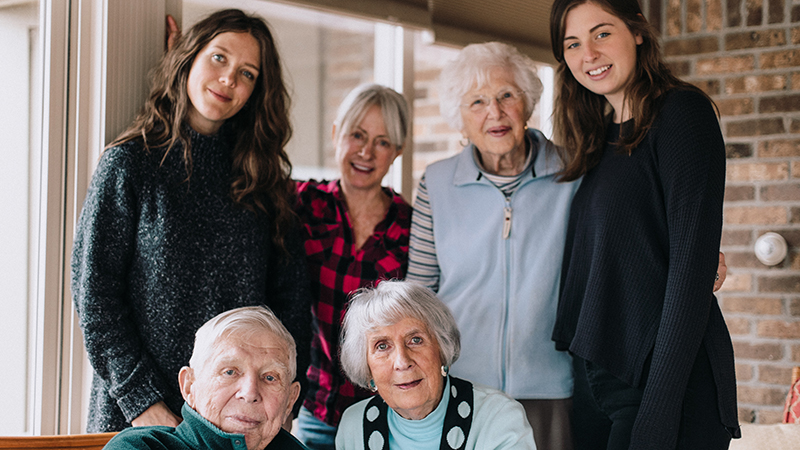 I sat in my kitchen sipping my coffee as I dialed into an interview with Sarah Anderson and Ellen Dziubek, a prominent videographer and photographer in Northwest Ohio, and granddaughter of Carol. In late October 2017, Ellen was approached by “family archivist,” Kay Anderson after Sarah inquired about featuring The Farm for the Wild Things music video.

Kay is a local freelance filmmaker and designated keeper of the family records, frequently being called on to answer questions regarding the hundreds of names and happenings that flood the family’s past. She had access to reels and reels of film featuring the early Anderson family having previously produced “Grain: The Harold Anderson Story” for WGTE; a documentary chronicling the family’s rise in the industrial grain farming arena.

Sarah having grown up in the small mountain town of Evergreen Colorado, gravitated to “the essence of family history” that radiated from her memories of the farm. “I remember feeling sad not having access to that,” Sarah sighs in reference to the property. They would return home for holidays when Sarah remembers “epic Easter egg hunts— swimming in the lake— they literally built the &@#%ing lake!” Sarah exclaims. “The whole farm was like a safe haven,” adds Ellen in the same breath.

There were apartments located on the grounds above what used to be the cow-barns, in which family members and friends would live for varying durations. Ellen lived in these apartments with her family for the first five years of her life which have since, sadly been demolished. Ellen explains— “we had free reign— all running around barefoot. It was a summer camp.”

Ellen was thrilled to be a part of the project, viewing Kay as a role model, she aided her aunt Kay with editing family footage when she was a little girl. “She really believed in me since I was very little. While I was growing up I would make little music videos with my tiny little Sony digital camera— little artsy things— and I’ve always loved to do that,” Ellen says, remembering her early works. “This project is something I’m really proud of. This is my family.”

The night before they began shooting Sarah flew in from Denver, joining Ellen at Kay’s house.

“We had never met formally,” explains Ellen, referring to Sarah. Even so, they both had an uncanny draw to shoot this video, for this song, at The Farm, and only at The Farm. “It was the first thing I thought when I heard Wild Things,” says Ellen. Sarah continues, ”Lyrically, but just the overall vibe— it was obvious. This is really important to all of us.” 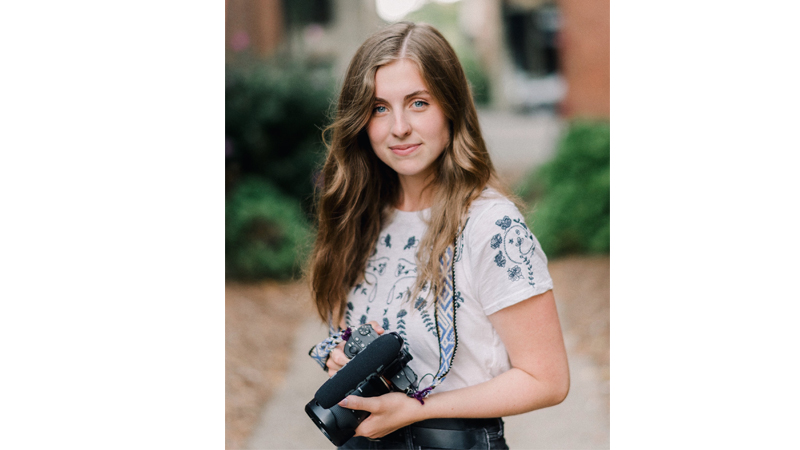 The music video gently floats through the family’s estate, the morning sun rippling across the frost blanketed lawn. Ellen carefully edits shots of Carol and Richard together to draw reference from present, to past. Waves of nostalgia wash over you as footage from the ’20s and ’40s of children swimming, playing baseball, and ice-skating roll back and forth between images of Richard and Carol cracking warm delicate smiles. It feels as if we’ve been invited into a shared dream being had by the two, a portrait of innocence, an homage to a time of simple joys this farm embodied for this family.

Check out Wild Things on Spotify at: spoti.fi/2VpDYJj