Naama Shafir, 2013 graduate of the University of Toledo, made headlines as she became the first Orthodox (Jewish) Israeli woman to earn a basketball scholarship at a top school. Since graduating, she has continued to make headlines as she helps her team, Elitzur Ramle, to the best record in Israel's Women's Elite League. She shared her story, including her aspirations, and her good feelings towards the college community and the community at large in Toledo, Ohio.

When asked how she got her start, Naama admitted "I don't remember exactly (when) but I always loved sports and played ball with the boys." She later received numerous college scholarship offers and picked Toledo over all the others. "There were quite a few options, and they recommended the coach (at
Toledo). At the end, Toledo was willing to come towards me with respect to religion." Orthodox Jews may not do many activities on the Sabbath, from before sundown Friday until after sundown Saturday. They also eat only Kosher food.  So, for games held on the Sabbath, Naama walked to the games instead of riding in a bus with her teammates, and she had Kosher food readily available.

When asked about the highlight of her collegiate career, Naama said "There are a lot of memories, (and the best) was the victory in the WNAT in 2011." There were a lot of things she liked about the college and the city, such as "the professionalism, the crowd that came to the games, and the people of Toledo and the sport culture." When asked about her feelings regarding not being selected to play in the WNBA, Shafir said "I don't dwell on it too much." To compare the Israeli Elite League with the WNBA, according to the 2013 report, the minimum WNBA salary was $37,950 and the maximum was $107,000, not including endorsements and bonuses. And all players received $74 a day in meal money. In the Israeli league, the average Israeli player earns around $13,000 per season, Israeli players who are also on the National team earn around $30,000 per season, and foreign players (mostly Americans) earn between $21,000 and $50,000 per season.  Teams in Israel play 16 regular season games, not including pre-season and playoffs and State Cup
competition.

When asked about the adjustment from playing in Israel as an amateur to playing in college, Naama had this to say: "It wasn't especially easy because of the language. I was shy at first, but from a basketball perspective, I fit in very fast." The transition from college hoops to professional basketball was easier. "Because I'm from here, I knew more or less what was waiting for me." And what about her basketball ambitions? "To continue to enjoy this and when I finish, I can be at peace with the direction I took and the decisions I made." Who does Naama Shafir consider the best players in the Israeli league? "There are many very good players." But she cites Karima Christmas and Allison Hightower (both WNBA players) as the best. In closing, Naama had this to say: "I miss (the city of) Toledo very much and (hope to) visit soon. Elitzur Ramle finished up the regular season with a 14-2 won-loss record. Naama scored 121 points, grabbed 52 rebounds, and dished out 70 assists proving that the 5'7" point guard has what it takes to make it happen on the court.

Note: Elitzur Ramle won all five of their first-round playoff games, and Naama contributed 10, 13, 8, 12 and 8 points respectively. Ramle will play against Maccabi Ramat Chen in the semi-final series. Naama helped her team win the State Cup tournament, as Ramle won all three of their games, and she scored a total of 29 points, including her season-high of 18 in the semi-final game on March 3, as Ramle defeated Ramat Chen 71-58. 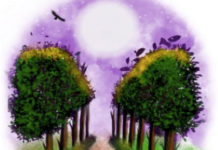 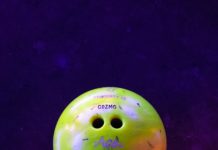 Bad Bowlers unite! Miracle Lanes has a league for you!