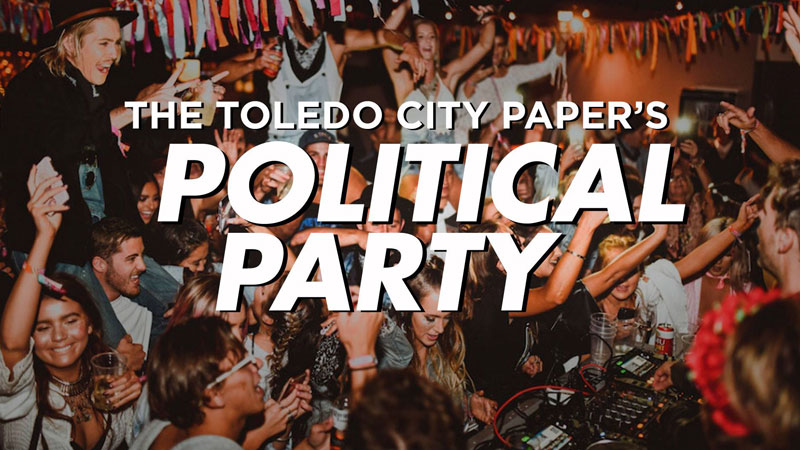 Like most things that escalate, Toledo City Paper’s A Political Party last night started with an off-the-rails idea that had the potential success rate of a Hail Mary.

“Let’s invite all the political candidates to a gay bar and make them perform in a talent show.”

We’re paraphrasing here, but you get a general idea. Throw out rhetoric. Have some fun. See who’s a good sport.

Things, basically, went far beyond what was planned.

You’ve probably heard about our first act— the improvisational, experimental theater performance between activist Julian Mack and Councilman Larry Sykes, Jr. Boy, it got a little rowdy. The cops got called— but hey, nothing says “this party is a knockout” like police sirens.

As the controversy settled down, the crowd did the opposite. Our venue, Georgjz419, was packed with political enemies sharing drinks, cheers, and laughter. We saw a showcase of “talent,” including Jim Anderson singing about his prior career as a refuse and construction debris hauler and a tribute to Tom Petty, Sam Melden singing lullabies, and Gary Johnson’s complete assault of the mic. Man, that guy can rap.

Want a recap? Check out some of the evening’s highlights in the video below. (First Act not included).