Rocking On The Road: The Jeff Carlson Band comes to Toledo 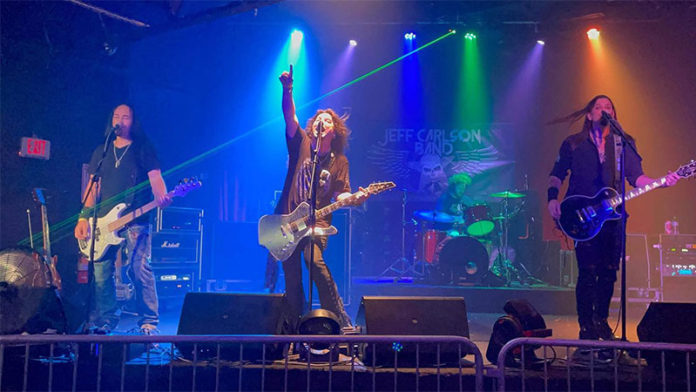 With live music returning to performance venues, now is a great time to go out and discover bands you’ve never seen or experience old favorites. Whether you’ve heard of The Jeff Carlson Band or not, their live show promises to be full of high rock energy that has been missing these past few years. The band will be visiting Toledo at the Polish Ostrich on Phillips Ave. on April 15. Jeff Carlson, lead singer of the titular band, spoke with the City Paper about the band and their Over My Shoulder Tour.

Band Beginnings
The Las Vegas-based group has not been around long; the band got together and began performing in 2018. “We originally started with a different lead guitarist and drummer,” Carlson explained. “We brought on (current members) Kory Brown about six months ago and Nathaniel Welch in late November of last year.” But their short time together has created a passion for rock music and a desire to go out touring.

Though the band had a handful of shows in 2021, this is the first tour for the Jeff Carlson Band, due to quarantine keeping everyone in the group inside. “We were really excited to do this tour after COVID, especially since this is our first tour together,” Carlson said. Quarantining helped the band learn to work together and look forward to their future tour,  working out any kinks that came along. 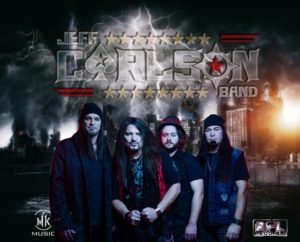 Ready for The Road
“Honestly, the biggest hurdle (to getting back on the road) has just been getting enough rest between shows,” explained Carlson. “There are just so many dates and the people have been awesome!” The band has been touring since March, starting with a week-long run of shows in Arlington, TX.

Those shows have so far been over-the-top, hard-rockin’ affairs. “We’re all about putting on a great live show and connecting with the audience,” Carlson said. “Our sound is heavy, but very melodic. We have heavy guitars with a ton of vocal harmonies.” Long hair, leather, and chains define not only the look but the sound of the band, who has played at famous venues like the legendary Whisky a Go Go in Hollywood.

The “Over The Shoulder” Tour, named after the band’s latest single, will take the group all across the country. Since this is the first tour, “every venue we’ve played on this tour is a new place for us” said Carlson. One day they hope these venues will like them enough to bring them back for future tours. For now, from Illinois to Ohio to Kentucky, there’s plenty of opportunity to go out and see what The Jeff Carlson Band can do.

More info on the band can be found at JeffCarlsonBand.com