As they say in show business, “the show must go on!” However, most forms of entertainment since March have been canceled or postponed due to the ongoing Coronavirus pandemic. Despite these challenging times, many performers have gotten more creative by releasing more music online, streaming in-home performances, starting podcasts, etc. to keep the creative juices flowing and releasing content in a world where they can’t perform in front of a live audience. While the alternatives are there, some performers might not have the resources to properly stream themselves.
Enter Travis Geiman, owner and operator of Bigfoot Studios in Waterville, Ohio, who has been recording musicians and other projects at his studio since 2014. Geiman, along with video producer Glenn Burris of E2HD and John Henry of Third Street Cigar Records, has partnered up to bring you professional in-studio performances by musicians from in and around Toledo. The first artist they brought in was Maumee-based singer/songwriter Andrew Ellis for a performance on Wednesday, August 5th.

Besides how limited musicians are during the pandemic, what prompted you to team up with E2HD and Third Street Cigar Records to start streaming performances from your studio?

Geiman: I wanted to do something with high-quality audio and video. I’m not much of a video guy, but I knew Glenn and the work he did on the “Big Jack Reynolds” documentary along with other projects for Third Street Cigar Records. I gave him a call, asked some questions, and it sparked his interest in the project, and wanted to jump on board and see where we could take this.
The plan is to make this a big thing in the area. Another goal is to have local businesses contribute as sponsors for these streamed concerts. Would love to talk to anyone who’d be interested in this kind of partnership.

What does Bigfoot Studios have to offer that someone might not get if they just streamed themselves?
Geiman: We give you high-quality audio and video during the livestream. Our names are on this just as much as the performers’, so we care a lot about how it looks and sounds. Some people might not have the proper equipment or knowledge to make a live stream feel real, which is what we have to offer. We can take your online performances up to the next level.
We want to make a product that people can enjoy, connect with, and make them feel like they’re at an actual concert as much as possible. For example, most live streams people have been doing are from one (maybe two) camera angles. We’re able to have up to four different camera angles during a performance. It makes it feel more real when you’re getting different angles of the performer and the studio.
While we can put on a great production, it ultimately comes down to how prepared a musician is with their songs and playability. It’s like if you come to record an album; your album isn’t going to be great unless you put the time and effort into your instrument(s) and songs prior to a session.

Who else do you have scheduled for an upcoming in-studio performance?
Jeff Stewart (August 10th), Nikki “D” And The Sisters of Thunder (August 15th), Chris Shutters (August 26th). More to come!

How can someone get in touch with Bigfoot Studios?
Website: http://www.bigfoot-studios.com
Email: bigfootstudios@outlook.com
Facebook.com/bigfootstudios1/
Phone: (419) 699-8248

To view live and previously-streamed performances from Bigfoot Studios, go to streamtoledo.com 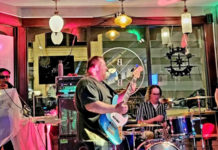 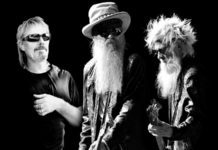