Pizza Cat owner Matt Wojtowicz has several special skills in life— making delicious pizza is one of them, but another is real estate predictions. Setting up his takeout pizza joint in the Colony, an area of Toledo near Central Ave. and Monroe St., he’s anticipating the explosion of business from nearby developments being orchestrated by Promedica (which include a major hotel and apartments). To be fair, he’s worked in the area and loves the community vibe; everything Promedica brings to the Colony is just added toppings on Wojtowicz’s little slice of life.

Another of the entrepreneur’s skills is marketing. He’s versed in cheap and effective, believing in word of mouth advertising, but he also knows how to involve pop culture in his promotions— cats eating pizza is a popular meme in social media and he was able to build his business by connecting with the existing fan base. “It’s a huge branding presence that’s all free, basically,” Wojtowicz said.

Well, there is a price for hopping on the popularity brandwagon. To secure the PizzaCat.com domain name, he’d have to pony up $2500— money that just isn’t in the kitty, so to speak. For the time being, he’s content with the sublime KeepColonyWeird.com.

The actual “Pizza Cat” name comes from his owning a bunch of cat shirts (gifts from his mom) that he would wear regularly when working over at The Colony’s Gino’s Pizza, eventually earning himself the nickname. “It rolled from there, Wojtowicz said. “As far as it becoming an actual business, every time I’ve tried to have a job, I’ve been fired or left under weird circumstances. I like to be the boss.” 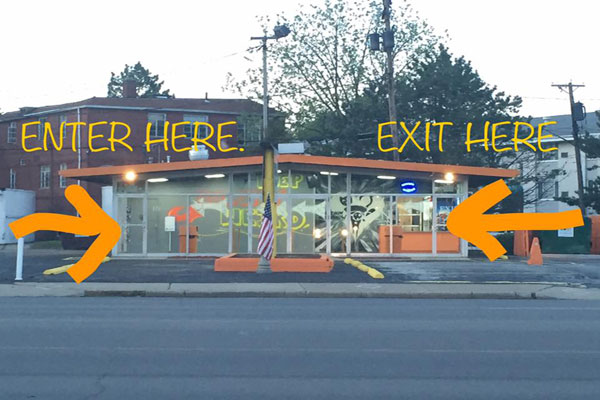 One of a kind

Pizza Cat, which opened May 19, looks to go next level by appealing to the folks that really care about community— Wojtowicz pledges that there will never be another Pizza Cat franchise. He wants all the money to stay local— as in, his beloved Colony area. To make sure the entire region gets to sample the Pizza Cat wares though, he’s begun collaborating with businesses to operate pop-up spots. In short, he’ll have someone take orders at a business like Earnest Brew Works and then run the cooked pizza over as soon as it’s ready. If you want pizza-to-go immediately, your choice is limited to four 12-inch options: cheese, pepperoni, the manager’s special and the daily special. But if you’re willing to wait around six minutes for them to cook it, your options expand to include a variety of pies. You can also enjoy sodas, cupcakes and the majesty of a fold-over sandwich packed with fresh ingredients, if that’s your thing. 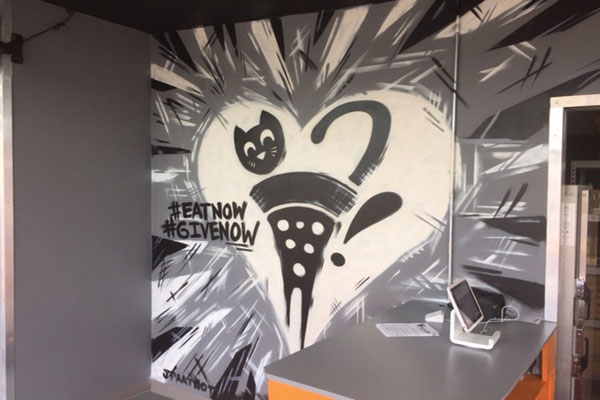 The North End Brisket Pizza and the Adams Street Veggie Pizza (named and designed by the folks at The Attic) are the two most popular options, but new ideas for pies reveal themselves nightly. If you like to spice things up a little, ask for them to make your pizza “Colony Style,” which adds free garlic butter, parmesan, crushed red pepper flakes or Frank’s Red Hot sauce.

One of Wojtowicz most interesting collaborations is working with the Toledo Hemp Center on developing a hemp-crust pizza. No, it won’t get you high, but it is the sort of outside-the-box fun that defines a pizza place that really understands the community and is willing to work with customers to make their lives a little tastier and a little more weird — exactly what Toledo needs from a new pizza place.