Entertainment recommendations from the TCP Staff

Self-isolation has proved the importance of the arts— we need entertainment more than ever. Here are some of the TV shows, podcasts, books and movies that are keeping the Toledo City Paper entertained.

When I’m not working on my house, I’m watching the series Outlander on Netflix.

TV: I finally started watching You on Netflix. I think it’s pretty clever because it takes a lot of the creepy things that nice guys do in romantic comedies and sort of says, hey, you know who else does that kind of thing? Murderers.
YouTube channel: I’m obsessed with The Take for pop culture commentary.
Podcast: By The Book. The two hosts live by different self-help books and talk about their experiences. It’s hilarious and I want to be friends with them.
Movie: Peanut Butter Falcon. It’s about a guy with Down syndrome who escapes a nursing home to pursue a wrestling career. So sweet and funny.
Book: Irresistible by Adam Alter, about technology addiction. 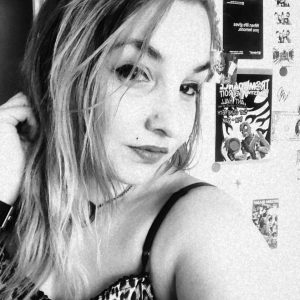 I’m watching a lot of dumb Netflix game shows like The Circle and Love Is Blind, and the usual horror stuff. Speaking of which, Shudder is giving a free month with the promo code: SHUTIN.
I’d highly recommend the Horror Noir documentary on there about the history of Black people in the horror industry, it’s great. As well as the new Creepshow series, it stays pretty try to the originals, if you’re into that sort of thing.
Books: I just started this sci-fi book called The Possessions.
And podcasts: Timesuck, Scared to Death, both with comedian Dan Cummins are my definite favorites, and some 2 bears 1 cave, with Tom Segura and Bert Kreischer. That one is just silly. The Last Podcast on the Left is good. The NoSleep Podcast isn’t bad either.

I have been binging 30 Rock on Hulu and watching Clone Wars on Disney Plus.

There are a couple of apps called Hoopla and Libby that lets you read books from the library if you have a library card and there are a bunch of audiobooks on there as well. I just listened to The Night Circus, read by Jim Dale, which was a good one.

As for podcasts, I really like The Last Podcast on the Left, which is about all things horror— real and fake. 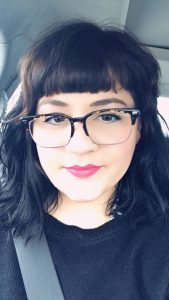 I am thoroughly enjoying the time to read (and reread) things that are not related to work. My quarantine reading list:

Guns, Germs, and Steel: The Fates of Human Societies by Jared Diamond, a timely analysis of how the critical role of how geography defines our past, present and future.

The Year of Magical Thinking by Joan Didion, a heartbreakingly beautiful book about mourning.
“It was, in fact, the ordinary nature of everything preceding the event that prevented me from truly believing it had happened, absorbing it, incorporating it, getting past it. I recognize now there was nothing unusual in this: confronted with sudden disaster we all focus on how unremarkable the circumstances were in which the unthinkable occurred, the clear blue sky from which the plane fell, the routine errand that ended on the shoulder with the car in flames, the swings were the children were playing as usual when the rattlesnake struck from the ivy.”

A Journal of the Plague Year by Daniel Defoe. First published in 1722, this eyewitness account of the 1665 bubonic plague in London is chilling and detailed.

Walden by Henry David Thoreau, because I need to get back to basics and find peace and meaning in solitude.
“I find it wholesome to be alone the greater part of the time. To be in company, even with the best, is soon wearisome and dissipating. I love to be alone. I never found the companion that was so companionable as solitude.”

Moby Dick by Herman Melville, because I need to get comfortable with the limits of knowledge and the deceptive nature of fate.
“I try all things, I achieve what I can.”