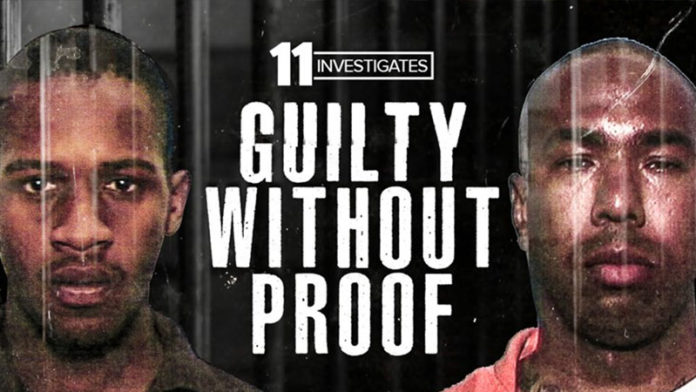 The legal wranglings remain ongoing in the post-conviction appeals by Wayne Braddy and Karl Willis. These two men were convicted, based on the testimony of one witness, and sentenced to lengthy prison terms in the year 2000. They have both maintained their innocence throughout their ordeal.

Now, video recordings by WTOL Investigative Reporter Brian Dugger, who has recorded a number of interviews (see freewayneandkarl.com), indicate that Braddy and Willis are innocent. The Dugger interviews include a fully-reasoned recantation by the only witness that testified against them at trial, Travis Slaughter, plus interviews with the jury foreman and Slaughter’s former girlfriend.

Due to Dugger’s work, the Ohio Innocence Project, a publicly funded entity based on the University of Cincinnati campus which attacks wrongful convictions, and Judges for Justice, a group of retired Judges from across the country who study wrongful convictions and advocate for innocent people, have thrown their support behind Braddy and Willis. The Ohio Innocence Project has filed a motion for a new trial which is before Lucas County Common Pleas Court Judge Gary Cook, Judge Cook is expected to rule on the motion soon, or he could also schedule an evidentiary hearing to hear the testimony of Travis Slaughter.

The City Paper previously published a detailed explanation of the posture of the case and the reasons why a new trial is being requested (See “Wrongful Convictions Do Occur” in the October 2021 print issue or https://toledocitypaper.com/news/wrongful-convictions-do-occur/).  Since that story was submitted, the State of Ohio, through the Lucas County Prosecutor’s Office, has filed a response brief to address the prosecutor’s claims that Travis Slaughter (the sole trial witness and only evidence implicating Braddy and Willis) now has a motive to lie (self-interest). However it remains that Slaughter has already served a sentence of 18 years. He cannot be recharged. The State denies that the Defendants have established the standard for granting a new trial.

On behalf of Braddy and Willis, Jennifer Paschen Bergeron,  an attorney with the Ohio Innocence Project has filed a reply, countering that due to the detailed and credible recantation of the only witness against Braddy and Willis at trial two decades ago, that the two men are entitled to a new trial.

In an interview with the CEO of Judges for Justice (see judgesforjustice.org), retired Judge Michael Heavey said, “Judges for Justice has no dog in this fight; we have studied this case and, to us, these are obvious wrongful convictions. Our only concern is to help rectify these injustices. Most people are of goodwill and after their own investigation will see what we see – two grave miscarriages of justice, Braddy and Willis are innocent. When fully informed, we believe that good citizens will ask their government to correct these injustices.”

Rallying support in the community, and educating and informing local citizens about local cases, Judges for Justice, a 501(c)(3) organization based in Seattle, has become involved in the case. In pursuing the organization’s mission, Judges for Justice is  “trying to educate the public through a campaign of public awareness. We have expended about $25,000, not a dime from the defendants, to show the good people of Toledo that Wayne and Karl are innocent. Part of that money was used to send 29,000 postcards to frequent voter households in the Toledo area. The postcard asked the recipients to go to freewayneandkarl.com and see for themselves. Also we have been sending similar ads to Facebook users in the Toledo area to visit the website. We have been gratified at the results, thousands of people have viewed the website and many are volunteering to help. Good and great things happen when you change the court of public opinion,” according to Heavey.

When current and longtime elected Lucas County Prosecutor Julie Bates was running for the office for the first time in 1996, her opponent was then retired Common Pleas Court Judge (who later went on to be elected to the bench of the 6th District Court of Appeals) Richard Knepper.  During a candidates forum held in an auditorium at the University of Toledo Law School, the issue arose and the question was posed to the candidates inquiring what would they do if they learned that a Defendant, or an accused, was innocent.  In a then-impressive response, Julia Bates explained that in that circumstance she would run, not walk, to the Courtroom to dismiss the wrongful charges.  That was 25 years ago, before Ms Bates was first elected to office. Now, 25 years later, she has the opportunity to run to the Courtroom, or in the alternative, to allow Wayne Braddy and Karl Willis to participate in a hearing so a judge can determine if they should have a new trial. 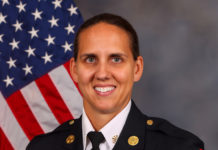 Hail to the (new) chief 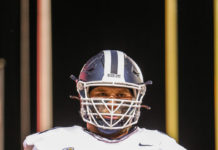 College Athletes Can Now Be Paid. What Happens Next? 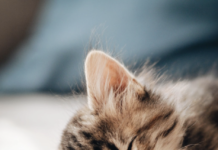