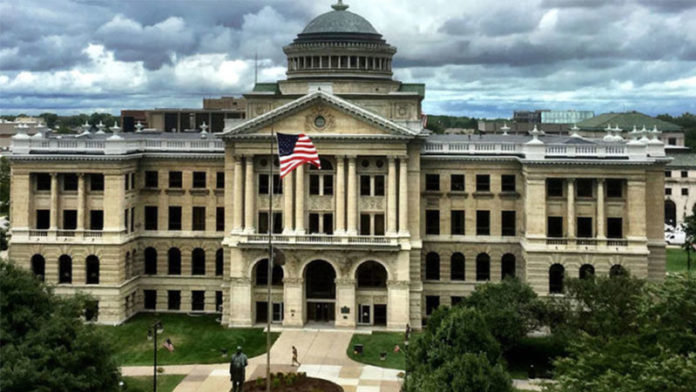 Michael Heavey, a retired judge from Seattle, recently traveled to Toledo as a representative of Judges for Justice, a non-profit group dedicated to researching and exposing potential wrongful convictions and, in finding them, working to free the wrongfully imprisoned individuals. Heavey had several meetings with area journalists and lawyers to gain publicity for the cause of Wayne Braddy, Jr. and Karl Willis, two individuals convicted for the 1998 murder of Maurice Purifie and now serving life sentences with the Ohio Department of Rehabilitation and Corrections. Heavey, retired from the bench in  King County, Washington (Seattle) is convinced, based on a number of factors, that Braddy and Willis were wrongfully convicted of a crime they did not commit.

Uncovering the story
Through stellar investigative reporting done by Brian Dugger of Channel 11, WTOL, who formerly worked as a reporter for the Toledo Blade for two decades, there is a collection of compelling video recordings that point to the likelihood, and perhaps certainty, of the wrongful convictions of Toledoans Wayne Braddy and Karl Willis.

An August 20, 2021 editorial in the Toledo Blade urged, based on the information uncovered by Dugger along with other factors, that the case be reopened to address the inconsistencies and to explore the likely potential that innocent men have spent the last 22 years behind bars, convicted of a crime they had nothing to do with.

Background of the case
In the early-morning hours of June 15, 1998, a 13-year-old African-American boy, Maurice Purifie, was found murdered on Horace Street in Toledo. Purifie had been shot once in the chest and four times in the head.

Initially there were no suspects in the murder, but then, Toledo Police received a tip from a woman who claimed to be a friend of Shondrea Rayford. Rayford was then the girlfriend of  Travis Slaughter, who was in his early 20’s at the time.  The call to the police indicated that Rayford had shared with the tipster that Slaughter had admitted that he was the one who had killed Purifie. Slaughter, a boyhood friend and contemporary of both Wayne Braddy and Karl Willis,  was brought in for questioning by Toledo Police, and after 6 hours of questioning and denying 25 times during that period that he was involved, Slaughter eventually claimed he was involved and that Wayne Braddy and Karl Willis were also involved. Thereafter, a presentation was made to the Lucas County Grand Jury which included reference to the statements made by Slaughter.  Initially, the grand jury did not find probable cause, commonly defined as 1. “a crime probably was committed” and 2. “that the Defendant(s) probably committed it.”  The case was re-presented to the Grand Jury and the second presentation included the information concerning the testimony of Shondrea Rayford, after which the Grand Jury returned an indictment, or notice of a charge of Murder, against Wayne Braddy and Karl Willis.

Judges for Justice
Michael Heavey, the retired Judge from Seattle and a member of Judges for Justice, (see judgesforjustice.org for background and information about this group) believes it was a false confession by Travis Slaughter. Heavey relates additional facts concerning Travis’ confession including that his mother had put a 1998 article from The Blade about Maurice’s killing on their refrigerator. In his confession Travis only knew facts that were in The Blade front-page article. People remember well traumatic events like a murder, Heavey states and then provides a several inaccuracies in Slaughter’s confession. He claimed the weapon was a .38 pistol (when actually a .25 Raven handgun was the murder weapon). Slaughter incorrectly described the clothes Maurice was wearing. Slaughter said that Maurice was wearing a red T-shirt. In fact, Maurice was wearing a black and brown checkered shirt with a white undershirt. Slaughter said that Maurice was wearing long shorts, but actually he was wearing black-denim long pants. “Anyone at the crime would remember what the victim was wearing, Travis Slaughter is not a criminal mastermind, these are clear indicators that Slaughter was making up the story.” Heavey said.

Also, Heavey adds, that the atmosphere at the time may have played a role in the jury’s decision. “[This] was also at a time when the OJ Simpson acquittal was fairly fresh in the memories of most white Americans. Most white Americans felt OJ’s acquittal was wrong, it hardened a lot of hearts, even if subconsciously.” Both Braddy and Willis are black and it was reportedly an all-white jury that convicted them.

Trial and outcome
Slaughter entered a plea in 1999, admitting involvement in the murder of Purifie, and received a sentence of 18 years (10 years for the homicide, an additional three years for use of a firearm and five additional years on another, unrelated charge), which he has served. Slaughter cannot now be tried again for the murder, as he has already admitted his involvement and been sentenced.  However, he has now come forward telling what he refers to as the “true story” of the killing of Purifie.

At the 2000 trial, when called to testify, Slaughter’s girlfriend, Shondrea Rayford, refused to testify and, based upon her disobedience of a Court Order requiring her to testify, she was sentenced to, and served, a contempt punishment of 30 days in jail.

The jury, with only the testimony of Travis Slaughter implicating Braddy and Willis, the same testimony that had led the Grand Jury to issue an original finding of insufficient probable cause to issue a charge/ indictment, convicted Braddy and Willis. Through the investigative work of WTOL’s Dugger, the foreman of the jury from the trial in 2000, when interviewed on camera in 2019 (see the interview here) stated that when Shondrea Rayford refused to testify, the jury, although they were instructed to disregard and NOT consider the refusal of Rayford to testify, in fact, did consider it and concluded, through assumption, that she was afraid of Willis and Braddy, or feared reprisal from their families. Instead, and again through Dugger’s investigative work, the reason Rayford says she refused to testify, as part of a recorded interview in 2019, and spent 30 days in jail for contempt, was that she didn’t want to lie and she further related that she was being pressured by the police to do that.

Opportunity to revisit
The presentation of the case to the jury was done by the Lucas County Prosecutor’s Office. At the time of the trial, in 2000, and with the understanding that hindsight is always more focused and, perhaps, reliable, the prosecutor put on the evidence that was available at the time. All attorneys in Ohio are governed by the Ohio Rules of Professional Conduct. Rule 3.8, titled Special Responsibilities of a Prosecutor, includes a note in the comment section, a section used to assist in interpreting the Rule. The comment states that “A prosecutor has the responsibility of a minister of justice and not simply that of an advocate. This responsibility carries with it specific obligations to see that the defendant is accorded justice and that guilt is decided upon the basis of sufficient evidence.” That responsibility continues, even after a conviction.

Ohio Innocence Project
Now, with the assistance of Ohio Innocence Project Attorney Jennifer Bergeron, working in the law clinic at the University of Cincinnati College of Law, Braddy and Willis have secured an opportunity for a hearing to be held before the trial court, the
Lucas County Common Pleas Court, to determine if credible evidence, including Shondrea Rayford’s explanation, the Jury Foreman’s statements and Slaughter’s recantation of his prior testimony, exists to warrant a new trial.  The Lucas County
Prosecutor’s Office was given until September 30, 2021 to file a response to the Motion requesting a hearing to determine if a new trial is warranted.

Braddy and Willis remain in an Ohio Penetentiary, awaiting the determination by the Court, doing life sentences for a crime — the murder of Purifie — that they have steadfastly maintained, since the date they were charged, that they DID NOT commit.

City Paper readers and citizens of this community are urged to visit freewayneandkarl.com and also the recorded interviews with Slaughter and others, or go to toledocitypaper.com/JudgesforJustice. 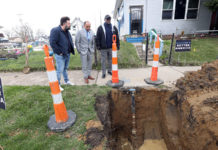 Get the Lead Out: Replacing 3,000 lead water service Lines in Toledo 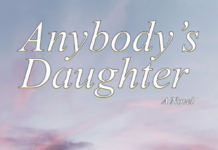