In 2016, the Ohio legislature passed House Bill 523, legalizing medical cannabis. As of this writing, 29 states and the District of Columbia now have legalized cannabis— in one form or another. Here in Ohio, lingering questions remain, and it’s up to a handful of state government agencies to sort it all out. The new law allows doctors to recommend cannabis to treat certain qualifying conditions, and mandates that the program be fully operational by September of 2018.

In June 2016, Governor John Kasich signed House Bill 523 into law. While medical marijuana products have been legalized, recreational smoking and growing marijuana (except for licensed cultivators, authorized by the Ohio Department of Commerce) will, for now, remain illegal activities.

So why did the Ohio General Assembly suddenly become so interested in legalizing medical marijuana?

In 2015 a group of private investors, known as ResponsibleOhio, sponsored a ballot initiative, Issue 3, calling for legalizing the sale and recreational use of marijuana – with only 10 facilities, run by the investors, holding exclusive commercial growing rights. Issue 3 lost by a fairly wide margin (roughly 36% to 64%), but despite its failure on the ballot, it caught the attention of the Ohio legislature.

At press time, members of the group who championed the 2015 ballot initiative had just announced plans to place a “Regulate Marijuana Like Alcohol Amendment” to the Ohio Constitution. The proposal calls for recreational marijuana production and sales to follow a structure similar to how Ohio regulates liquor and would allow people age 21 and older to grow four marijuana plants per household in areas not publicly visible. Whether the proposed initiative will make it to the statewide ballot is left to be seen.

“I was a proponent of Issue 3, which would have given us full recreational marijuana”, says Pete Gerken, President of the Lucas County Commissioners. “I was probably the lone political champion of that issue out here.” According to Gerken, “there would not be a medical marijuana movement in the state legislature today had we not seen Issue 3 on the ballot two years ago. It has forced the conversation into the halls of government.”

In early 2016, Ohioans for Medical Marijuana and its national affiliate, Marijuana Policy Project, began an effort to put marijuana legalization on the 2016 ballot. Their initiative called for legalization of recreational marijuana use as well as allowing cannabis to be grown by individuals in their homes. 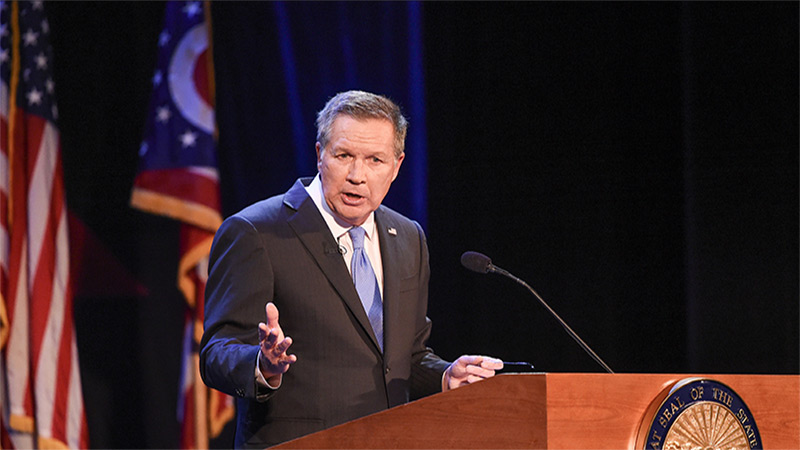 This activity led the state legislature to address the issue and by late spring 2016, they drafted and passed House Bill 523. With the passage of that law, Ohioans for Medical Marijuana dropped their initiative.

The new law authorizes state government to maintain control of all aspects regarding legalized medical marijuana in Ohio through The Ohio Department of Commerce, the State Board of Pharmacy, the State Medical Board and the newly created Ohio Medical Marijuana Control Program.

Do not pass go

In response to 2015’s Issue 3, the Ohio state legislature championed and passed a ballot measure which appeared alongside Issue 3 on the ballot, Issue 2 – known as the Ohio Initiated Monopolies Amendment. This amendment gives the Ohio Ballot Board control over regulating initiatives deemed to create an economic monopoly, providing special privileges or treatment to a small number of organizations. If Issue 3 had passed, the passing of Issue 2 would have nullified it.

Secretary of State Jon Husted, along with a host of other citizens and organizations, argued that 2015’s Issue 3 would have created a monopoly by giving all growing rights to the small handful of investors.

Gerken notes the irony: “That’s exactly what they’ve done with House Bill 523. They’re basically doing the same thing by dictating the grow sites.” The main difference is that the state, as opposed to the private sector, will have control of who is licensed to grow cannabis in Ohio. 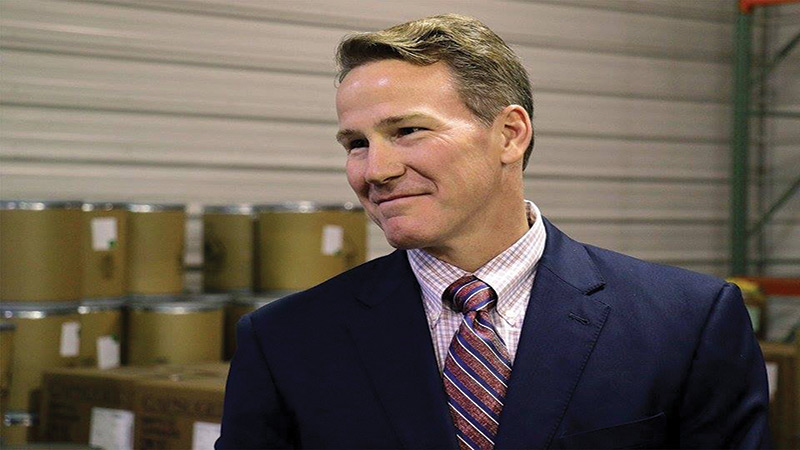 Secretary of State and new 2018 gubernatorial candidate Jon Husted came out against the 2015 ballot measure, saying it “created a monopoly.”

Mary Smith has been an advocate for legalizing marijuana for nearly 30 years. She is an activist and managing associate for the American Cannabis Association in Toledo. In her view, “HB 523 is coming at a very heavy cost to the people. It isn’t even close to including enough qualifying conditions. Also, the restrictions that are placed upon patients and caregivers are a bit ridiculous.”
Smith became deeply vested in this issue after her mother died of cancer. “In 1988 my mother died, less than a year after being diagnosed, from cancer,” she explains. “I tried to get her to use it and she wouldn’t. She was from the generation that believed the propaganda from earlier years and there was no way I could convince her that it would help her.”

From this experience, Smith became involved in educating people and eliminating the stigma of marijuana use. “We are about bringing together a community of people who can learn from one another. We help people figure out what types of consumption work best for what illnesses. For us, it’s all about education.

The law permits patients, 21 and older, to purchase marijuana tinctures, oils, patches, edibles, and plant-based material for vaporizing from up to 60 approved retail dispensaries in designated districts throughout the state. The location and ownership of these outlets is yet to be determined, as the dispensary application window just closed in mid November and the applications are now being evaluated and considered by the Ohio State Board of Pharmacy. According to the rules promulgated by the Medical Marijuana’s Control Program, Lucas County is authorized to have, at most, two dispensary outlets. All products sold in the State will also be tested by independent labs for safety and quality, and all sales will be tracked through the State’s prescription drug program too.

Upon the recommendation of an Ohio licensed physician, who has received a certificate from the State Medical Board of Ohio, patients will be allowed to purchase marijuana products, if they are diagnosed with one of the following state approved qualifying conditions: 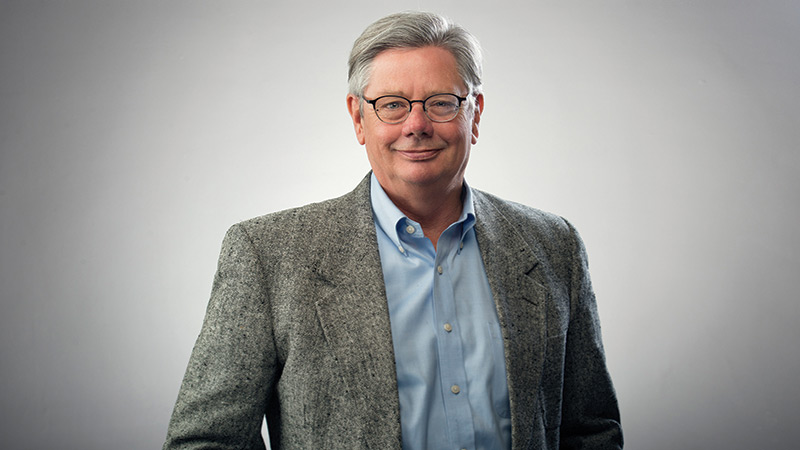 Overall, for the entire state, that’s less than 8 acres in total growing space.

“24 growers isn’t going to be enough to supply the state”, says Smith. “This (legislated scheme) is very much to corner the market in Ohio.”

Gerken echoes this sentiment. “It creates a return on investment for a few people. Those few people are the ones that get the grow sites, they get the distributor licenses, and they will receive processing licenses”, says Gerken.

At this time, two grow sites have been approved in the area. OhiGrow LLC was awarded a level 2 license in early November, and will operate a growing facility at 367 E. State Line Rd on the north side of town. A Level 1 license was awarded to Standard Wellness Company to operate a larger facility in Gibsonburg. Little is publicly known about these companies, other than identifying information of their members and shareholders.

Aside from the 24 cultivator and 60 retail licenses, the state statute allows that up to 40 licenses can be awarded to manufacturers who process the plant material into marijuana products.

Applications for processor licenses are currently being accepted through December 15, and will be then reviewed, with expectation that awards will be made in coming months.

The application fees for these licenses were not insignificant. The application fee for the level 2 growing spaces was a non-refundable $2,000 with a biennial fee of $18,000 for license winners. Fees for level 1 growers were $25,000 to submit an application with a biennial fee of $180,000. Those entities applying for distributors’ licenses paid a $5000 application fee and those awarded a license will pay a $70,000 biennial fee. Along with other fees and with hundreds of applicants, it is estimated that the Ohio will collect approximately $10 million before the program is up and running. According to state officials, the medical marijuana program will require this money to operate.

Another lingering question is whether or not the point of sale of medical marijuana will be taxable on a sales-tax basis. “It’s unclear”, says Gerken. “And the concern I have for the cities and counties that are going to house these operations is that the Department of Taxation has not yet declared medical marijuana to be a consumable product. If it isn’t a consumer product, but a medical one, then there won’t be the kind of sales tax that this kind of industry should return to the public.”

Legalizing recreational marijuana would create significant tax revenue. Gerken claims that “based on what we can see in Colorado and Washington (state), the sales tax on that would be in the hundreds of millions of dollars. In those states, they’ve been able to fund schools, public infrastructure projects, operating budgets – because of the dynamic return on the sales tax that can be created on the sale of marijuana as a consumable product.” But, according to Gerken, “now it’s a state monopoly, and there’s no tax benefit to go back to the cities and counties that this state government has starved.”

In spite of all the issues surrounding this, both Smith and Gerken are ultimately for the movement. Smith thinks that “this is at least better than what the patients had two years ago. At least they’re getting some kind of relief.” And according to Gerken “It’s the beginning of the process for people in Ohio to have legal marijuana. So I’m not going to curse the darkness because there is a candle in this. People have been (consuming marijuana) here in great numbers for a long time, and anything that advances the ability to (consume) marijuana without being criminalized is a step in the right direction.”

The bill works to regulate the distribution of medical
marijuana in Ohio, while ensuring access for those who need the medicine for certain conditions. House Bill 523 also creates the Medical Marijuana Control Commission, consisting of nine people representing the medical marijuana issue and appointed by the Governor and legislative leaders.