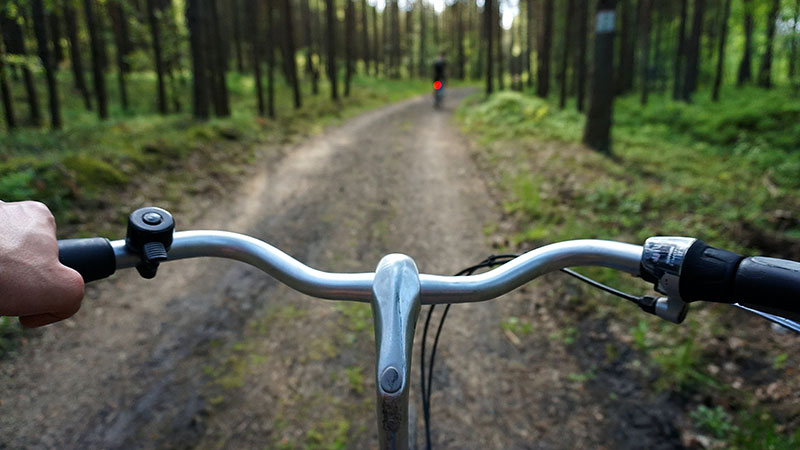 Did you ever want to know where bike trails come from? Here’s the nitty-gritty.

The Wabash Cannonball Trail is a rails-to-trails corridor that was acquired in 1994 by the Toledo Metropolitan Area Council of Governments (TMACOG). TMACOG acted as the coordinating partner between the entities that would own the trail. The trail owners are the city of Maumee, Lucas County, Metroparks Toledo, village of Whitehouse, Northwest Ohio Rails-to-Trails Association (NORTA), and the city of Wauseon. TMACOG was part of the negotiating team that finalized the deal to purchase the corridor from the Norfolk Southern Railroad that would become the Wabash Cannonball Trail. The purchase price was $220,000 for the 63-mile corridor totaling approximately 900 acres. After TMACOG made the purchase, each of the respective entities received ownership of their portions of the trail. The corridor consists of two segments: the North Fork stretching from the City of Maumee to the Village of Montpelier in Williams County, and the South Fork from the City of Maumee to the village of Liberty Center in Henry County. 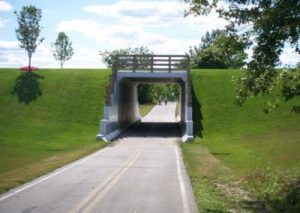 The Wabash Cannonball Trail also serves as a key piece of the North Country Trail, which is a 4,600-mile trail that rolls from North Dakota to Vermont. The Wabash Cannonball is also part of the proposed U.S. and State bike route system in Ohio. The Wabash Cannonball North Fork will be part of State Bike Route 90. There are also a couple of trails on both the east and west sides of the Wabash Cannonball. To the west is the Pumpkinvine Nature Trail ending in Shipshewana, Indiana. There is potential to extend both trails sometime in the future to make them meet. To the east of the Wabash is the North Coast Inland Trail. It is in TMACOG’s long range plan to connect those two major trails. The North Coast Inland Trail currently goes from Elmore to Lorain. There is potential for the Toledo region to be in the middle of one of the largest multiuse trails in the country if all of the connections are made. 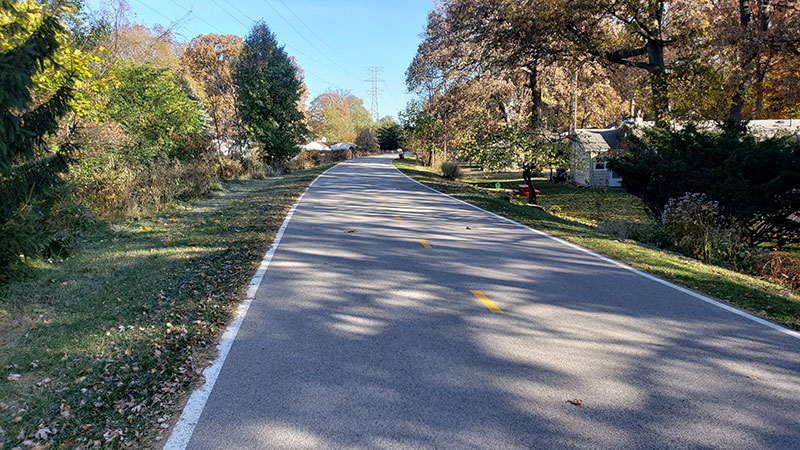 The Chessie Circle Trail is a corridor that goes through the heart of Toledo from Bowman Park in north Toledo (Laskey and Jackman roads) to the WW Night Nature Preserve in Wood County. The route crosses the Maumee River. This is approximately an 11-mile corridor that, when complete, will impact a significant number of people as it passes through some of the highest populated neighborhoods in Toledo. TMACOG played a similar role with the acquisition of the Chessie Circle Trail as they did with the Wabash Cannonball Trail. TMACOG acquired the property from the CSX railroad in 2011 for $6,571,534. The members that helped purchase the corridor were the University of Toledo, the city of Toledo, Metroparks Toledo, Wood County Park District, and the Wood County Port Authority. TMACOG transferred ownership to the respective owners once the acquisition was complete.

The Chessie Circle Trail has seen some development since the acquisition. TMACOG has and continues to coordinate between the partners to ensure that the corridor gets completed. TMACOG developed a trail development plan for the Chessie Circle Trail, and each of the partners have agreed to and adopted that plan. The plan provides details down to how the mile markers are to look and function. The plan identifies that a trail that goes through an area as densely populated as it does, needs to be 16 feet wide. The standard multiuse path is 10 feet wide.

Metroparks Toledo was the first organization to build their piece of the trail. The parks secured funding through the Transportation Alternatives Program at TMACOG. They opened their section from Glanzman Road to River Road in 2017, and this has been a huge success. Some days more than 700 cyclists, joggers, baby stroller pushers, and dog walkers use the trail, and this section is only a mile and a half long. The city of Toledo will be constructing their piece of the trail from Bowman Park to University Hills Boulevard in 2021. This section will connect the University of Toledo to a lot of backyards, parks, and schools.

This past year the Wood County Port Authority demolished the existing railroad bridge over the Maumee River. This bridge had not been in use since 1982 when it was damaged in a derailment. That is actually when railroad traffic on the west side of the CSX circle around Toledo was shut down because CSX believed that the east side could handle the reduced train traffic. Multiple studies were done to determine if the bridge was salvageable to be used as a multiuse path high across the river. All of the studies determined that it was not cost effective to repair the damaged bridge and that the bridge should be replaced with a new structure in the future. The old bridge was deemed a historic structure because of its swing capabilities. TMACOG helped to design a park on the Lucas County side of the Maumee River that incorporates components salvaged from the bridge demo to memorialize the historically unique structure. The plan is to build a new multiuse path bridge over the Maumee in the future. This cost of a new river crossing is estimated between $9 and $11 million.

The middle section of the Chessie Circle Trail between University Hills Boulevard and Glanzman Road could be a bigger hurdle than the Maumee River crossing. The issue is that when CSX owned the right-of-way, they leased the tracks to NS for service. NS uses the section of track between essentially Hill Avenue and Dorr Street about once a week. They also have trackage rights in the corridor between Airport Highway and just north of Glanzman Road to serve Alro Steel which has a rail spur to their facility which is currently not in use. Building a multiuse path in those sections would require that NS relinquish trackage rights. Once those trackage rights are abandoned, then the next hurdle would be crossing the NS mainline, which has more than 100 trains per day. Crossing that railroad will more than likely require some sort of grade separation – a bridge or an underpass. 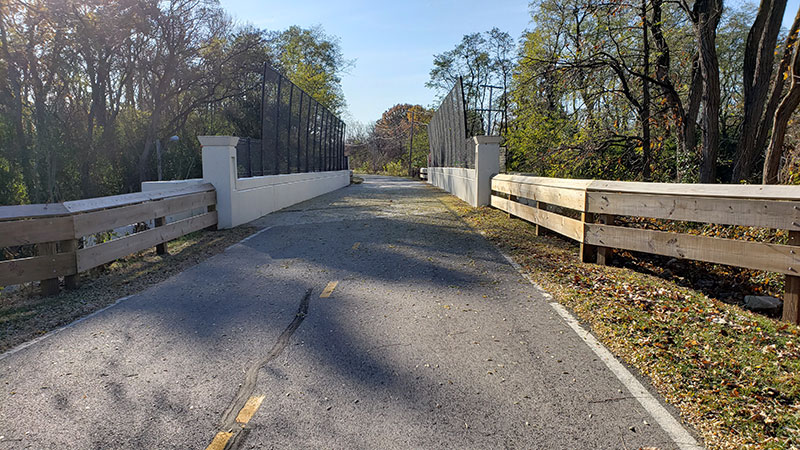 TMACOG continues to hold meetings with all of the partners to keep things moving with the paving, signage and general development of the Chessie Circle Trail. This project continues to be in our long range plan and will remain one of top priorities to see through to its completion. Once completed, this urban trail will be one of the most unique rail-to-trails in the Midwest, and the Toledo area will be able to boast of a rare, alternative mode of transportation that connects dense neighborhoods to major attractors like the University of Toledo, the University of Toledo Medical Center, parks, schools, and businesses.

Do you want to know even more about bike paths and bike planning? There is a lot more here: http://www.tmacog.org/bike/. 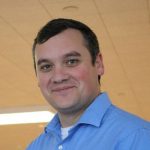