Five months into the City of Toledo’s attempt to address the lead-poisoning risk in approximately 50,000 rental housing units built before 1978, a total of 22 properties have completed the steps necessary to be in compliance.

Chapter 1760 of the Toledo Municipal Code, also known as the Lead Safe Rental Ordinance, passed last August by the Toledo City Council, went into effect on September 16, 2016. The ordinance states that no property owner of a building built before 1978 with one to four rental units may permit people to live in the unit or provide child-care services in the structure without obtaining a lead-safe certificate for the property.

As it currently stands, landlords have until September 17, 2017 to gain the certification. Those who fail to comply are facing fines of $50 per day per dwelling unit with a maximum annual penalty of $10,000 per unit. Property owners with 10 properties or more have until September 2018 to be in compliance. It is up to each property owner to contact a registered lead inspector and have their property certified. A list of inspectors is featured on the Toledo-Lucas County Health Department website, www.lucascountyhealth.com.

The year time frame for compliance was set by Toledo Mayor Paula Hicks-Hudson’s administration and City Council, with the Toledo-Lucas County Health Department serving as the primary enforcement agent for the ordinance.

A March 2016 report titled “The Effects of Lead Poisoning on African-American and Low-Income Families in Toledo, Ohio” estimated that 3,400 children under the age of 6 in Toledo have elevated lead levels. The report was published jointly by David Norris, a senior researcher at Ohio State University’s Kirwan Institute for the Study of Race and Ethnicity, and Robert Cole, a Toledo-based attorney in the Meaningful Access to Education Practice Group at Advocates for Basic Legal Equality, Inc.

“Lead poisoning is not something to take lightly,” said Samantha
Eitniear, acting director of environmental health and community services at the health department. “It causes
lifelong detriment. I think that’s why
there was urgency behind the legislation, to start solving the problem as quickly
as we can.”

At its core, the ordinance is about landlords keeping their properties up to date and livable, said Josh Niese, lead safety supervisor for Toledo-Lucas County Health Department.

“This is a maintenance ordinance,” said Niese. “The inspections taking place are basically to visually assess that the property is being maintained, so there’s no chipping, peeling or cracking paint on the interior or exterior of the property and that there’s no bare soil around the drip line (three feet from building) of the property. … This inspection is not verifying that there’s lead there. This inspection is basically making sure that whatever’s inside the walls or the soil is isolated or contained.”

For walls, windowsills and floors, “contained” means intact paint. Soil around the building must be covered with gravel, mulch or something similar, Niese said.

“I know the big fear is the word ‘abatement,’” Eitniear said, speaking of landlords who believe they must eliminate all lead from their building. “That is not what the ordinance is talking about. We’re not talking about forcing people to take old windows out and replace them. It’s simply making sure there’s no (damaged) paint, painting over any damage and sealing up, if you will, the lead hazard.”

Inspections are likely to cost somewhere between $200-400, depending on the inspector, Niese said.

Repair costs will vary, depending on the building’s condition, Eitniear said.

“If it’s as simple as you need to paint a wall, it could be the cost of a gallon of paint,” she said. “If it is more in-depth, like painting the sides of your house, that’s obviously going to cost more.” 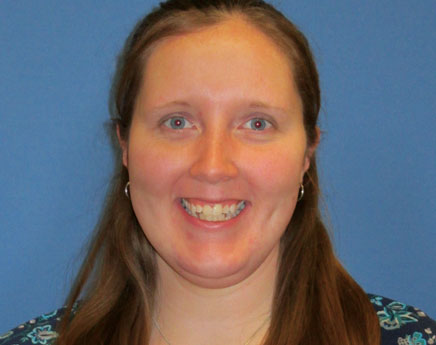 Although it could become an issue if thousands of landlords try to get inspections at the same time, a lack of inspectors does not appear to be the reason for the low number of properties being registered since September.

As of March 6, there were 50 registered lead inspectors in Toledo with dozens more going through the process of being licensed through the Ohio Department of Health before they can apply locally to inspect homes for lead. Since the legislation was passed, the local health department has hosted eight classes for 167 individuals who expressed interest in becoming a lead inspector.

Of the 22 registered properties in the first five months following the ordinance’s passage, one is a three-year certificate, 16 are six-year certificates and five were 20-year certificates. The fact that one of the registered properties have been buildings with damaged paint found would seem to suggest that Niese’s belief that a mixture of fear and winter weather has slowed the number of inspections to this point. Damaged paint on the exterior of a building is going to require a more expensive paint job before the inspector will even test the interior.

“It might be another reason why we don’t have as many properties registered— there are some things that some properties need to do to comply,” Niese said. “We do have do have a lot of resources out there for people to understand what they need to do, but it’s kind of hard to do exterior work (in the winter). We do anticipate more compliance and registrations taking place once the weather warms.” 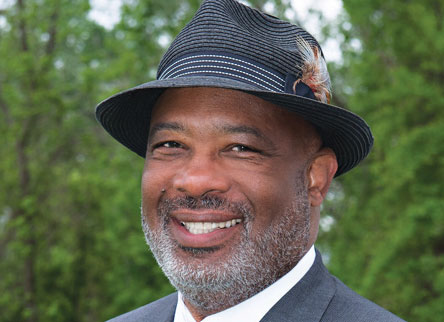 Larry Sykes, at-large Toledo City Council member, said his primary concern on the ordinance was to get it passed and fine-tune it as necessary.

“If it’s not doable, go back and revisit it and see how we make it livable for everyone,” Sykes said, noting that many landlords have repainted their properties so that lead isn’t a concern. This is directed toward “absentee landlords who are not taking care of their properties,” he explained.

When informed that 12 of the estimated 50,000 affected properties have gone through the process in four months, Sykes said it was important to get the lead-ordinance ball rolling— even if it rolls very slowly at the beginning.

“You have to start somewhere,” he said. “You can say a lot of things should have been done. The fact of the matter is we have a policy in place now. How do we make it effective where it’s fair and equitable for everyone? An individual with 200 properties cannot be treated like someone that has 10 or two… They need a little more time.”

With just a small fraction of affected properties being registered one-third of the way through the year time frame, Sykes stopped short of saying if and when a deadline extension may be announced. He did say those making honest efforts to comply should rest easy.

“We don’t want to instill fear,” he said. “Show that you’re trying to do it and you’re unable to get it done, at least you’re giving it an honest effort. It’s the ones that say, ‘I’m not going to do it’ that will have the problems.”

With or without tenants

Toledo landlord Guy Saglioccolo owns about 35 rental units, largely in the Old West End. Although most of his properties are buildings with more than four units (thus not affected by the ordinance), he said the biggest concern for affected landlords are that they must pass the dust wipe tests with residents living in the unit.

“To clean to the exacting standards that the city requires is not an easy thing to do with tenants in your apartment,” Saglioccolo said, suggesting the testing could be done only when there is a vacancy. “You don’t have to invade your tenants’ privacy. You don’t have to worry about cleaning around their possessions or any damage you might cause.”

Eitniear admitted there is some level of inconvenience in passing the inspections. “If it is simply a landlord needs to repaint a room or scrape down the walls and repaint that, yes, it’s going to be a burden to the tenant who maybe has to move all their stuff to the middle of the room or take it out of the room, but is that a situation where you’re going to put somebody out on the street just to repaint a room?”

Some landlords are apparently doing just that.

Michelle Duni, 37, lived in two apartments on the 2200 block of Glenwood in the Old West End for a decade. In mid-October, she found a note on her door saying, “Please take notice that effective November 30, 2016, we are ending your rental of my property.”

When Duni told her landlord via text she was surprised by the notice and asked if she could change the situation, her landlord replied, “I knew you would be. It’s because of the lead thing.”

Duni, who has since moved into a six-unit structure unaffected by the ordinance, said getting that notice was disheartening.

“I think tenants and the landlords do not understand the severity of this ordinance,” she said. “With seven years at one place and almost four years at another place and suddenly to say, ‘You have 30 days to find a new home,’ it’s a shock.”

Duni also questioned why officials were targeting structures of four units or fewer, when children living in structures of five or more units could still be exposed to lead. “There’s still lead, it’s not magic that the lead disappears in a six-unit building,” she said.

Niese said he has heard anecdotal stories of landlords removing tenants after the ordinance was announced, but said he cannot confirm these reports were strictly due to the new law, saying there could be other reasons for the evictions.

Sykes, who said he doesn’t believe landlords will give up rental income by willfully kicking out tenants due to the ordinance, said his ultimate goal with the ordinance was simple: “To show that we as a community see a situation that is detrimental to the most vulnerable of all, our children or our senior citizens,” he said. “That we can come together with a mutual respect and understanding and work together for the betterment of our community.”
Those with questions on the ordinance or interested in attending a lead inspection class hosted by the Health Department at the University of Toledo’s Scott Park campus should call (419) 213-4100, ext. 3.