A new art exhibition is bringing a glimpse of Mexico to Toledo.

The exhibition displays work by eleven artists, including SQACC art coordinator David Cuatlacuatl and his brother Federico, created Mexican-influenced pieces made during the Rasquache Artist Residency. This two-month residency in the village of San Francisco Cuapa in Puebla, Mexico is part of a program was created by the Cuatlacuatl brothers at their family’s long-abandoned residence in the small town in central Mexico.

David said he is excited to present the work to the Toledo community.

“Toledo has a history with different ethnicities and how diverse it is,” he said, noting he is eager to see what Toledoans can take away from the exhibit. “It’s been really great to see how each of the artists interpret their experience in Mexico,” he said, adding that taking the artists to a small, rural town afforded them an opportunity to see a side of the country the typical Mexico tourist does not experience, he noted.

“That put forward parts of the culture that otherwise are not really shared,” he said, explaining an artist’s inspiration may have come simply from a visit to the corner convenience store.

“We were thinking of what our options were after graduating,” said David, who was attending Penn State. “We could apply for teaching jobs or we could also apply for artist residencies.” Deterred by application fees for these residencies, the brothers decided to put their family’s vacant home in Mexico to use. “We were like, ‘How cool would it be to invite the people we met, artists and colleagues, to Mexico to work there and just hang out?’”

The residency got put on the fast track when it garnered the support of the SQACC, where Federico had worked as part of his thesis project while at BGSU.

Matthew Sibley, a Spanish teacher in Harrisonburg, Virginia, participated in the residency program as a poet and writer. His contributions are scattered throughout the exhibition. He said his time in Mexico opened his eyes to another way of life.

“I have always focused on Mexico as a Spanish-language academic and had lived in Mexico City for a short time before, but participating in Rasquache showed me a different Mexico,” he said. “I got to experience what living in a rural, mostly indigenous community was like and understand better their history, struggle and power dynamics in their interaction with other parts of Mexico. Being there also makes you realize how much culture is being hidden, lost or transformed at a rapid pace by cultural exchange and immigration as almost half the town was in the U.S. or disjointed.”

One of Sibley’s poems, “Romance Rasquache,” looks at transforming and taking back the idea of what people generally think of as low-class, broken or a shanty aesthetic— based on the area of Mexico the residency is located.

Federico is eager to see Toledo audiences subjected to the artwork created in Mexico.

“It means a lot for Toledo itself in the sense that it’s a city that’s been trying to get on its feet for awhile,” Federico said. “Art in the community means so much— especially in the 21st century as artists are no longer just existing in a museum or institution setting but really reaching out and engaging with the community.”

Sibley hopes the exhibition can provide a glimpse to Toledo residents of this side of Mexican life.

“I also hope it gives an insight as to the relation of immigration as a symbiotic relationship that changes communities in their home countries,” he said. “I also hope it serves to show how we in the U.S. can form profound relationships with international communities through artistic and social work such as the type promoted by Sofia Quintero.”

For more information on the SQACC and the artist residency program, visit sqacc.org and rasquacheresidency.com. 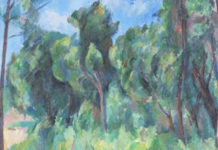 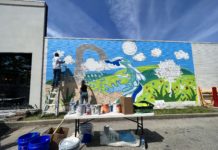