Who do you identify with? How are you represented?
What is your response to this art?

For artist Kehinde Wiley, questions like this aren’t just meditative. They have purpose. They prompt a reply that he answers with his art by placing his own likeness in historically exclusive spaces.

On Friday, February 10 the Toledo Museum of Art will unveil Kehinde Wiley: A New Republic.

The solo show features over 60 paintings and sculptures from the artist’s 15-year career that illuminate Wiley’s answers to questions of identity. Hailing from the Brooklyn Museum, the critically lauded exhibition comes to Toledo during a traveling tour; the TMA show follows stops in Arizona, Richmond, Seattle and Texas, before ending at the Oklahoma City Museum of Art.

Through his work, Wiley subverts Old Masters’ portraiture by replacing the white aristocrats with contemporary black men and women, while still adhering to the technical prowess and aesthetic demanded by Western European painting.

Through a process called “street casting,” the artist discovers the models, often strangers, who will later occupy his paintings. In this juxtaposition, Wiley builds A New Republic.

Toledo City Paper had a chance to talk with the Wiley about the upcoming TMA exhibition.

Why do you paint everyday men and women in place of aristocrats depicted in Old Masters’ works?

The work I do is more interesting when a transformation happens. I began this body of work coming out of Yale . . . to create a chasm between the conceptual work that I was doing as a student and what was in front of me: the bustling city of New York, filled with vibrant pedestrian energy where everyone got dressed up every weekend and displayed themselves, and these exciting black and brown communities. I wanted to ask complete strangers to sit down and pose in a way that wasn’t overly thought out. Originally, this [body of work] was simply a return to representational painting as an exercise.

But what happened was, I discovered something in that engagement [with strangers]. We would go through art history books and I’d ask, “How do you respond?” or, “Who do you see yourself as?”

Basically, it was me in a room sitting with someone who was dumbfounded that anyone would even spend so much time looking at art history. Their interest in the impossibility of it became the subject matter.

After that, it was quickly made clear the subject matter wasn’t necessarily even the individual in front of me, nor the art history that was being encoded.

Rather, it is a strange collision between this completely improbable meeting of twin desires: the desire to see a new person, and the desire to master the Western European painting style. 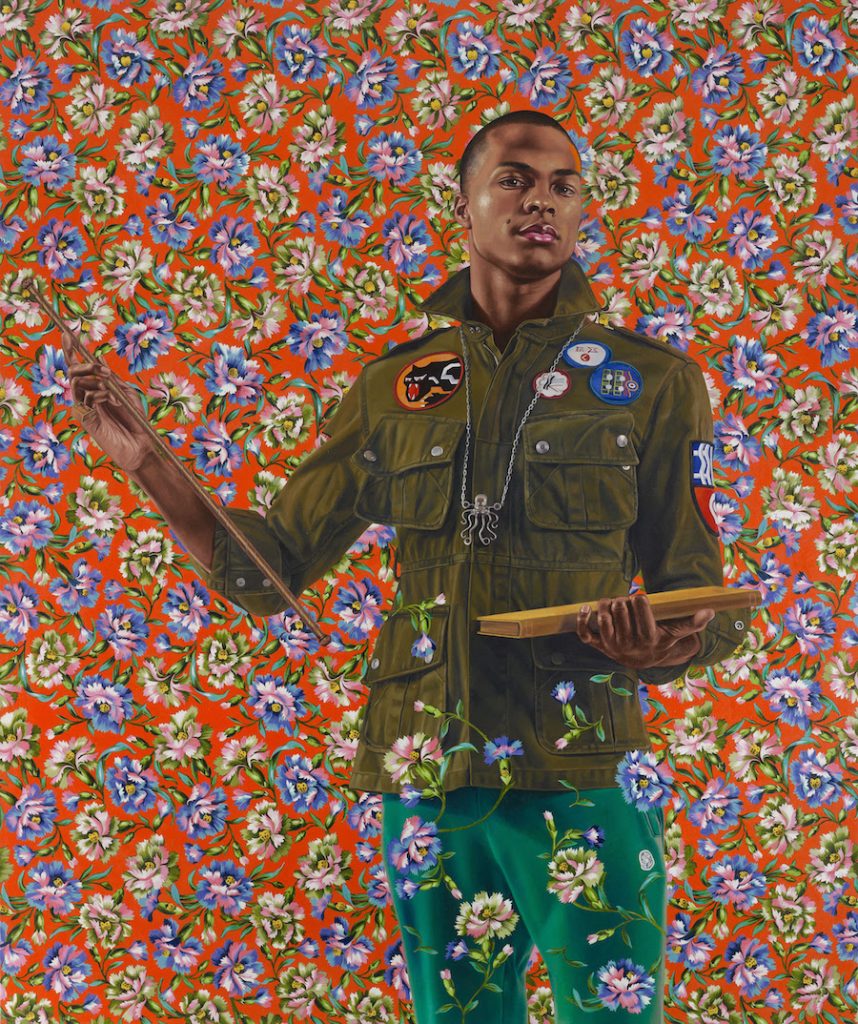 After the “street casting,” how do you collaborate with the model to plan the painting?

While shooting [the photos I will use to paint from], people will often say, “I like this pose, but can we do it like this?” or “I like this outfit, but can I add this…”

Since we shoot (photos) on the same day that we find people, they are often dressed according to what was happening that day. When you have several people in a room, there’s a sense of competition. People often want to be the dynamic and bombastic portrait or pose. The process takes a life of their own.

What do you look for in a model when street casting?

It’s hard to say. I know it when I see it. However, I definitely have a kind of entertainment industry, television, global-communications concept in my head; I start to think of the 18-35 demographic, entertainment culture, globally— how people think and dress. In terms of body type, it ranges from big to small, male to female. It varies.

Do the models always wear their own clothes, or do you suggest pieces?

They typically wear what they had on the street. Although I have had situations where I’ve admired the style of my models and asked if they would come back again.

In a sense, the process starts to take over; the people in the paintings contribute to the work itself. 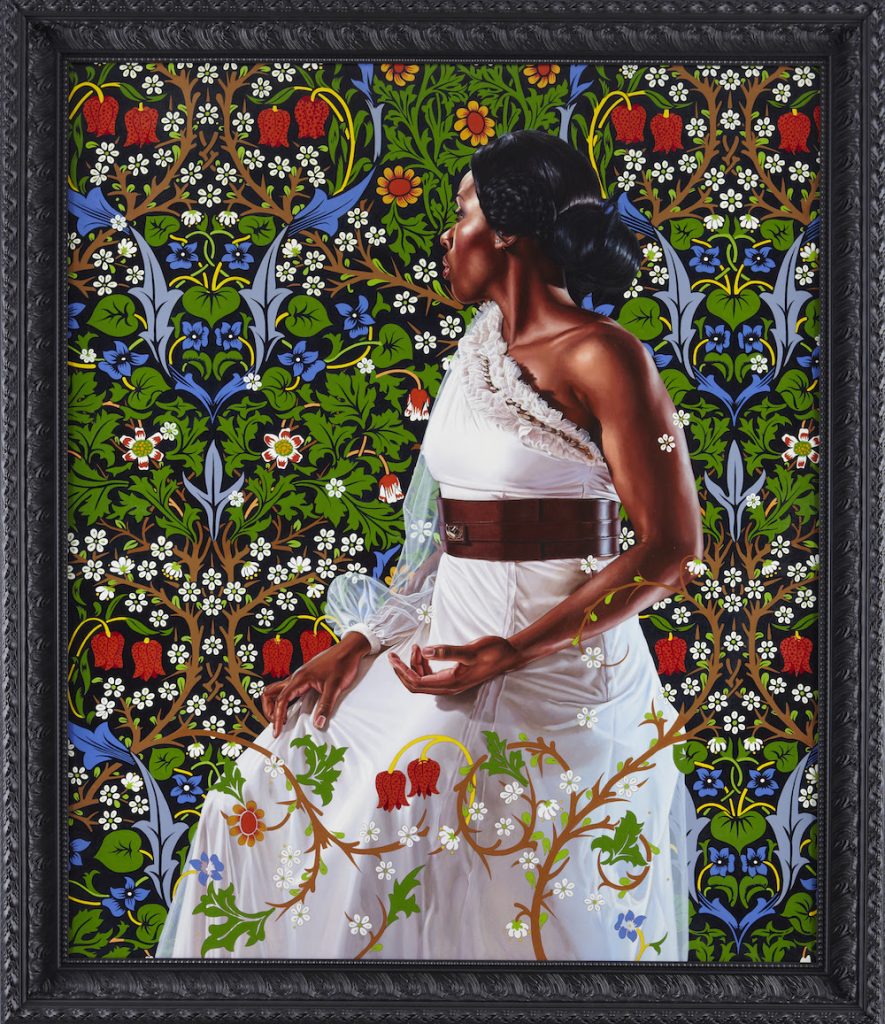 How many models do you work with at a time in the studio?

Generally, around six to eight models in a day, after street casting.

That amount also introduces the possibility for having multiple people interact for the same painting. You can swap people out to see who works best with whom. There’s a lot of experimentation going on and we shoot thousands of photos.

The hard work comes later when I am going through to find the right photo [to paint from] that really hits the mark.

Do you ever maintain relationships with your models?

It’s hard— after so many years, there’s been literally hundreds of models. It’s cool though, from time to time, the models will stop by the studio to see how the work is going, and I can see the development of people’s lives.

There have been a few people who have decided to go into the arts after being exposed to this project.

There was one young man, who was in a series of my paintings, that I met when he was young. He was really taken by the process and the world of art that he was exposed to. Years later, he wrote me a letter thanking me and explaining what he was up to. 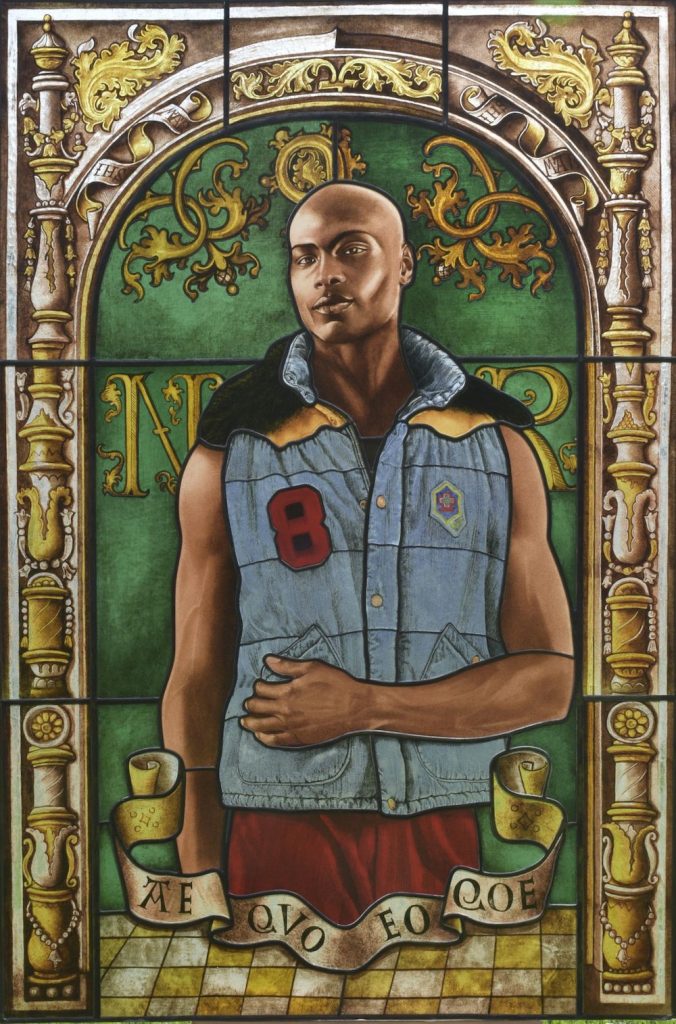 Traditional European portraiture represents certain values important to the subject, such as honor or pride. What values to you bring to your own work and how do they appear differently in a contemporary context?

This question goes to the heart of intentionality and the project of portraiture within Western European easel painting, which has a lot to do with dignity and pride— but it also has to do with the type of narrative of domination, ownership and land.

We forget that the tradition of landscaping painting comes from the ownership of property and wanted to have a commissioned portrait of your territory— it served to show what one controls in the world.

The depiction of most women in these paintings happen to be as possessions, like items within that landscape, or horses and children— all of those to be seen as objects to be consumed. They all stand in as symbols for one’s power in the world. The trappings of that are fascinating, but worthy of interrogation.

I wouldn’t necessarily say that I have an adversarial relationship [with the project of Western European Easel Painting].

What I do is take advantage of the narrative and vocabulary that was set up hundreds of years ago. I use those words to make new sentences and set up new possibilities for people— in particular, the individuals that haven’t necessarily historically peopled those images.

I’m able to carve out new fields of providence for black and brown people, people who look like me. The goal, however, is to turn up the volume on the bombast.

There’s a reason why this allegiance to impossibly large scale, a type of blinged-out hyper-gold framing, comes into play [in my work]. It’s nothing I invented— but it’s certainly something I am minding, readdressing and repurposing. 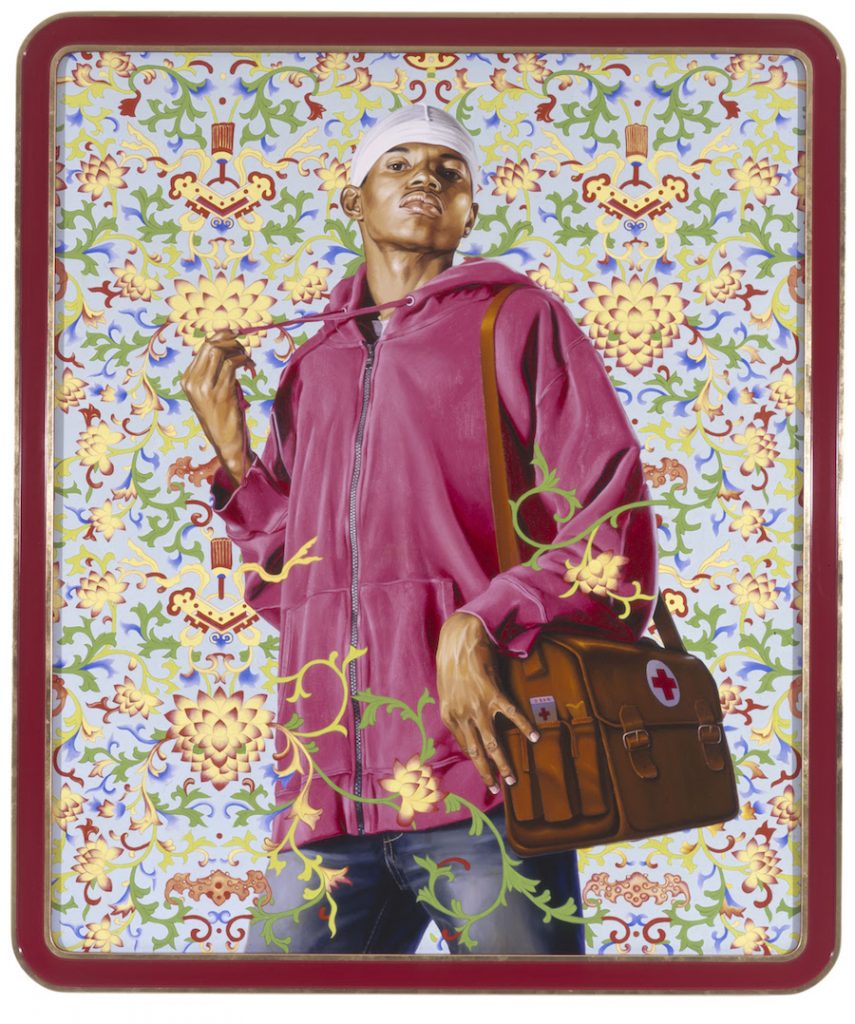 One concept you play with in your work is masculinity. How do you depict masculinity differently?

What I try to do in my work is point to masculinity as a construction, not a certainty.

In the history of painting we see that, ironically, the body language that once was considered to be very masculine and certain now feels quite different. If you look at old Dutch paintings, you see men with hands on hips. Those things can be seen as quite feminine in a contemporary context. I love that slippage.

There is no certainty about what we consider masculine. Especially with young black male bodies— which are often coded as being hyper-masculine, with a propensity towards sports, antisocial behavior, hypersexuality— it is all up to contestation in my work.

I’m neither trying to silence that representation or propose something that’s corrective. I’m trying to throw in confusion, chance and radical contingency as the subject at hand.

Your exhibition spans work from a number of years— does the title, A New Republic, take on any new meaning in our current political climate?

The same resonance I originally intended with the title is finally being seen. I feel like the culture has caught up to what my intentions were from the beginning: that a new republic, a new set of priorities, are needed. 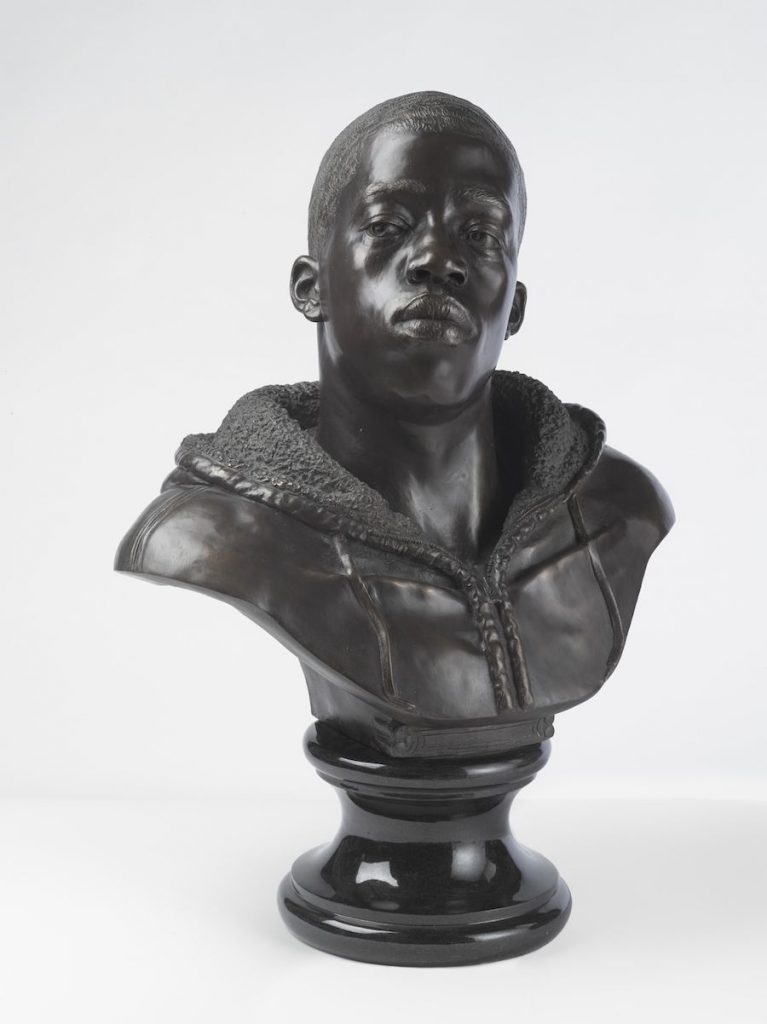 Film: Kehinde Wiley: An Economy of Grace (2014)
This film follows Wiley as he begins his series of works featuring black women. Documenting the project as it unfolds, the 60-minute film will give fans of Wiley’s work an inside look on how he brings his concept to canvas. 7pm. Little Theater. Free

After Hours Tour: Kehinde Wiley
Participate in a guided tour of the exhibit, followed by a discussion. Space is limited, please register in advance. 5pm. $10/members, $15/non-members.

Fashion Show
Show off your best outfits and model your style during a free fashion show. 7pm. Great Gallery. Free