May is Bike Month, when the Toledo Metropolitan Area Council of Governments (TMACOG) promotes bike safety and the use of bicycles for transportation. 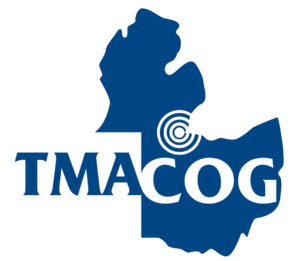 A range of bicycle facilities in our region are designed to provide a safer, more comfortable ride. Bicycles are great tools for recreation and exercise as well, but most of the bike facilities across the Toledo area are intended to make it safer to use bicycles for transportation. Cycling can still have its dangers, and some people are more comfortable riding a bike than others.

In our region, most people still view cars as their primary means of transportation. We use our own personal, motorized vehicles in order to get from point A to point B, and many people view driving a car, truck, or van as the only way to get around. Building a physical space for bicyclists can create separation from motorized traffic to help provide a sense of comfort and safety.

Using a bicycle as an alternative mode of transportation is a viable option in a lot of circumstances, and the benefits can include cost savings and a healthier lifestyle. Planning for a connected network of bicycle facilities will greatly help our transportation system in the long run.

Different types of bike facilities offer varying degrees of separation from motorized traffic. Each has its own advantages but can also come with challenges that the planners at TMACOG work to overcome. Education for both riders and drivers can help cyclists better fit into our transportation network.

In Ohio, bicycles are classified as vehicles and are allowed to use most roadways. Riders should always travel in the same direction as motor vehicle traffic. This helps bicyclists remain visible and predictable, while obeying the same traffic laws as motorized vehicles. Riders are entitled to use a full lane of travel, which is often safer because it signals to drivers that they should use another lane to pass if necessary. Some cyclists view every road as a bicycle facility, besides those that offer limited access, like the freeway system. It is a common misconception that motorized traffic cannot pass other vehicles when there is a solid, double-yellow line. Drivers may pass a slow-moving vehicle when it is safe to do so, with clear exceptions to not pass school buses or police and fire vehicles.

Most bicyclists prefer to be separated from motorized traffic in their own dedicated space, and there are several ways to accomplish this. The most separated facility is a park trail, which exists entirely within a park and is also accessible for pedestrians. These trails can be paved or unpaved, and they often involve a loop designed for recreational use.

A multi-use path has its own designated right of way separate from the roadway. Some examples include the University/Parks Trail, Wabash Cannonball Trail, and Chessie Circle Trail. These facilities have a high degree of separation except for near road crossings, where caution must be taken. These crossings can have anything from a stop sign on the path to a traffic control signal.

A sidepath is slightly different, with a little less separation, being adjacent to and within the right-of-way of the roadway. These facilities are separated physically from the roadway, usually by a curb and some green space. These facilities separate cyclists from the motorized traffic, but there are typically many driveways and side streets that are crossed where potential conflicts can occur.

A protected bike lane or cycle track is similar. They are for bicycles only and typically include two-way dedicated lanes within the roadway, separated by features such as curbs or bollards. One example is the Jefferson Street Cycle Track in downtown Toledo, which runs approximately between Collingwood Boulevard and Summit Street. This area has many driveways and side streets that cross the cycle track, where caution is critical. Like a sidepath, when cyclists are traveling against motorized traffic, there is a potential conflict when drivers and cyclists may not see each other. Even though motorists are responsible to watch for cyclists, riders must be cautious and aware that they might not be seen. Drivers should take special caution when approaching areas where cyclists may be present.

The last type of facility in the Toledo area is a bike lane. Bike lanes are dedicated spaces on the side of the roadway, marked by paint and signs.  Bike lanes offer less separation without a vertical element like a curb, but they are very cost-effective ways to give cyclists dedicated space to ride.

Regardless of what type of bike facility you’re using, it’s important to be aware of both your surroundings and the traffic laws. You can learn more and access a map of our region’s bike facilities on TMACOG’s website at https://tmacog.org/transportation/walking-biking. For more information about Bike Month, including events planned to promote cycling during the month of May, go to https://tmacog.org/transportation/walking-biking/bike-month.