The winter of our discontent 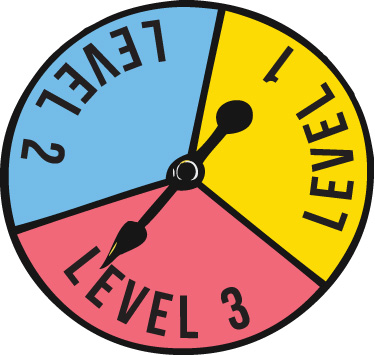 It’s official, folks. This winter was definitely one for the record books.

You probably already know that we shattered the record, totaling over 7 feet of the fluffy stuff. Over a yard of snow in January alone exceeded the average total. All said, we were over 4-feet greater than average. The winter also was over 7 degrees colder than average, with 25 subzero days in January and February alone.

All this combined to make this the worst Toledo winter in recorded history, and at least one national source has deemed Toledo’s the most miserable winter for any major U.S. city.

So much for the worst of times. What did all this misery have to do with city politics?

The weather outside is frightful

Let’s start with school cancellations. Schools across the area far exceeded their allotment of “calamity” days. Most school systems build an extra five such days in their calendars, rarely used in recent winters. This go-round, some local districts went deep into the double digits on days off due to uncooperative weather.

One might think this would lead to applause for keeping the safety of our children uppermost in decision-making.  But never underestimate the right-wingers in Columbus’ ability to politicize every situation. Thus, the disastrous winter has led to self-righteous hand-wringing about whether teachers should be paid for days they don’t teach, how to hold these miscreants accountable and whether anything can possibly make up for the immeasurable damage done to the educational year.

Unstated was whether our esteemed legislators should be paid for meetings they don’t attend and sessions cut short for campaigning, how to hold these miscreants accountable and whether anything can possibly make up for the immeasurable damage their continuous politicizing has done to public education, period.

The county response to the dangers of navigating roadways in the snowiest winter on record is the county’s emergency preparedness decision-makers, tasked with declaring snow emergency levels based on perceived dangers for would-be-travelers.

Did you notice how the snow emergency levels seemed to oscillate between Level Two, which means you should only drive if absolutely necessary, and Level Three, which means no one but emergency personnel should be on the roads? Remember those nights when the level was already elevated before the snow started, only to be lowered just as the blizzard peaked the next morning and quickly raised again just after you got to work?

If we didn’t know better, we’d think the decisions were made in a capricious manner, with very little actual policy driving them. Which we’re pretty sure is exactly the case. A more cynical group might think the levels were deliberately lowered to get folks to work then raised again to keep ’em there. But that would attribute an unwarranted level of sophistication to decision-makers.

Contrast the bumbling of the snow emergency levels with the crisp and efficient decision-making by city officials responding to the loads of white stuff dumped on our fair burgh. This should come as no surprise, since the voters of Toledo had the foresight to place a former beat cop on the 22nd Floor.

Uncle Dennis, at his finest in these emergency situations, calmly deployed snow removal equipment far and wide. He called in every city vehicle, large and small, with the capacity to move snow. He demanded overtime until the snow was safely dispatched and authorized the hiring of private snow plows to supplement those of the public domain.

We must give credit where credit is due here. Oh, how the snow was cleared! It never had a fighting chance before the decisive maneuverings of our good ol’ Uncle Dennis.

Or  perhaps we should give debit where debit is due. All that decisive snow shoving came at quite the hefty price tag. Like a cool four mil. But don’t worry. This doesn’t affect the city’s general fund budget, which Uncle D put on the back burner while he fought the fluff. No, his budget is quite the shambles, and he didn’t get it to Council until mere weeks before they, according to the requirements of the City Charter, must pass it. But snow removal is assessed on property taxes, with a lag time of two years. So the bill doesn’t come due ’til far into the future.

Stay focused on Hizzoner’s snow tactics, then. Forget the inability to deal with the potholes, the sinkholes, the water main breaks, the budget that closes pools and ice rinks but gives pay raises. Stay focused on the worst winter in history and forget the rest.