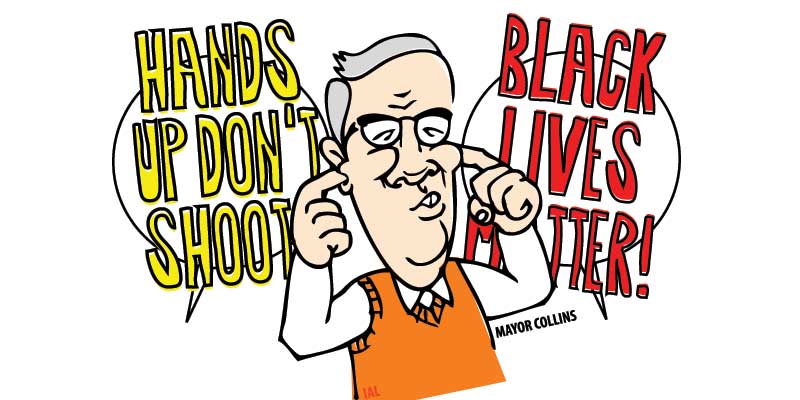 That pothole has rattled your teeth for months. You’ve reported it repeatedly, but nothing gets done.

Same thing with that dead branch on the tree in front of your house. Someday it’ll fall and crush a car, or worse yet, a person in a car. You called it in, but there it hangs, teetering ominously with every breeze.

The grass doesn’t get cut in the park down the block, yet you’ve seen a city truck with someone asleep in it parked nearby. You’ve been cited for building code violations for the peeling paint on your garage, but no one from the City had the decency to stop by and talk to you about it. You read about the raw deal small business owners get when dealing with city inspectors and it rings true.

Then there’s the corruption. Remember a year or so back when it was discovered that someone bought exercise equipment on the city dime, and reported that they had bought “truck parts?” They got a few days paid leave, then went back to work. For a lot more than you make per year. And the kickbacks, the sweetheart deals, the cronyism, it’s enough to make you sick.

Why doesn’t the Mayor do something about it and clean house?

To quote the bard, therein lies the rub. You see, the Mayor can’t just fire the lot of scoundrels. In fact, only a select few city employees are hired and fired at the will of the Mayor. The rest, who toil deep in the bowels of the bureaucracy but comprise the very face of the City, can’t be summarily dismissed.

That’s because of a little thing called the civil service.

The idea started with the best of intentions. City services are a public good, serving the needs of the community. Those entrusted with such essentials as road repair, sewer maintenance, and the like, should be skilled professionals. The last thing we need is political hacks given cushy city jobs at the whim of the politician in power. Instead we need stability, with employees who can do an effective job without worrying about the outcome of the next election.

Enter the civil service. Top level city employees are appointed by whomever sits on the twenty-second floor. But the vast majority of the thousands of city employees get their jobs through a neutral process that includes scores on a merit-based civil service exam.

Likewise, once a city worker is employed, they can’t be simply fired. Not only do most have the protection of a union contract, they also have what is called civil service protection. The idea is to protect them from the ever-shifting political winds so they can simply do their jobs on behalf of the citizenry. It is nearly impossible to fire them without a string of disciplinary actions and a hearing before a special body, the civil service commission. That can take years.

Meanwhile Mayors and their top level directors and commissioners come and go, breaking the chain of command regularly. The average city worker can weather any storm, always with an end in sight. The civil servant knows that there will be a coming change at the top, and they can likely coast toward retirement. And the average top level bureaucrat knows the futility of challenging the status quo, so they rarely bother to attempt anything as difficult as change.

Effectively there are three branches of governance in Toledo: the administration, which comes and goes; the City Council, which turns over regularly; and the intransigent, inscrutable bureaucracy. Guess where the power lies? And you know what they say about absolute power. It turns truck parts into exercise equipment.

Term limits are part of the problems, as is voter impatience. Electing new administrations every few years empowers the deeply embedded and untouchable civil service-protected bureaucrats.

But what is truly needed is to elect a Mayor who makes it an avowed mission to take on a bureaucratic culture of incompetence and arrogance. Who doesn’t fear the rigors of terminating a poorly performing employee under civil service protection. Who demands that public service be first and foremost in the mind of every city employee.

Think Carty but without the embarrassing penchant for physical violence.

Wow. You know it’s serious, folks, when we actually sorta, miss the Finklestinker.