In response to the mass-produced and digitized world, Amy Lesniewicz, owner of Alice-Louise Press, fuels the hand-crafted movement with letterpress stationery and paper goods. Set in downtown Perrysburg, the boutique stocks her customized creations, along with greeting cards, home décor and jewelry from other local artists.

While Amy’s letterpressing journey began eleven years ago, the love of printing was established in her family many years prior. Her father owned a design company, Lesniewicz Associates, for which Amy worked as a graphic designer. During World War II, her grandmother, Alice Louise Strick, worked as a printmaker in support of the troops. Alice’s career spanned multiple companies and led to her forming her own printing operation in her basement, creating catalogs and stationery for various businesses.

Alice’s determination was passed to her granddaughter, as Amy recounts the story of what sparked her own career in printing. “A lot of friends asked me to design wedding invitations for them. I got one [invitation] in the mail that was letterpressed and two weeks later I had my own press and started my own line.”

While searching online for her first press, she came across Alan Rundfeldt, a New Jersey man with a letterpress ‘museum’ in his barn. Amy contacted him with a few questions and, serendipitously, found a mentor. “He wrote me a long email and said, ‘Go get yourself a cup of coffee, sit down, and I’ll teach you everything you need to know about letterpressing.’ I drove out the next week after I’d talked to him, met him and spent the day with him in his barn. He sent me on my way with my first press.” 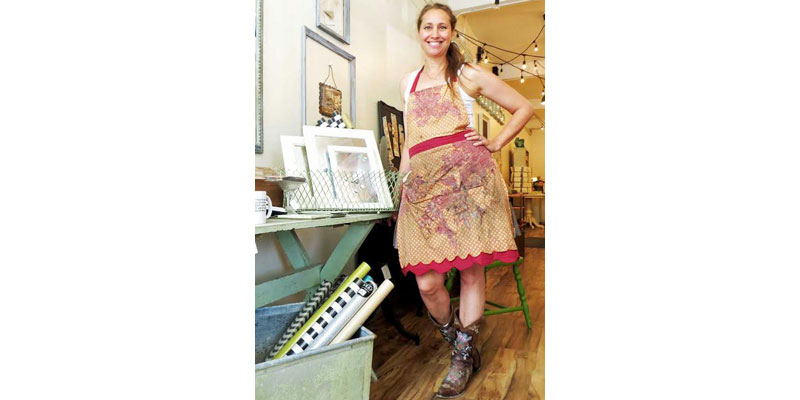 Amy Lesniewicz, owner of Alice-Louise Press, has been part of Toledo’s hand-made movement since 2005.

Inspired by her grandmother’s passion for printing, Amy named her company for her. For ten years, Amy ran her letterpress business from her home, creating personalized items like stationery and invitations. In October 2015, she brought Alice-Louise Press to downtown Perrysburg.

Opening a shop has proven to be a worthy venture, as Amy’s paper goods are becoming a staple for those seeking a hand-crafted vibe for their event or business. Amy elaborates, “It says a lot to have something letterpressed. It’s a piece of artwork. It’s the first thing anybody sees. It sets the tone for what to expect.”

Beyond the Glass City 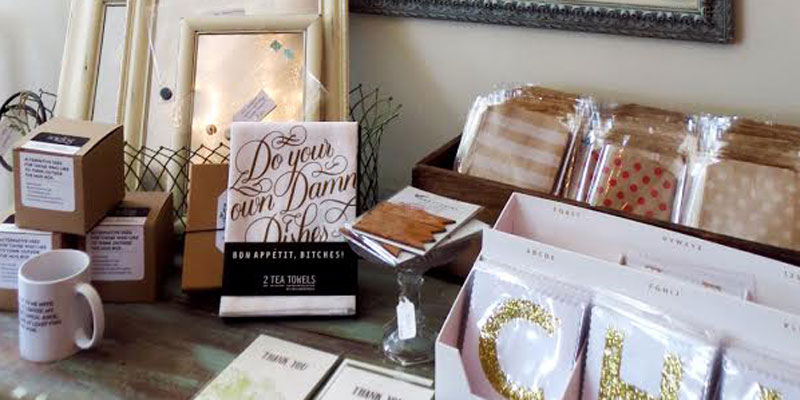