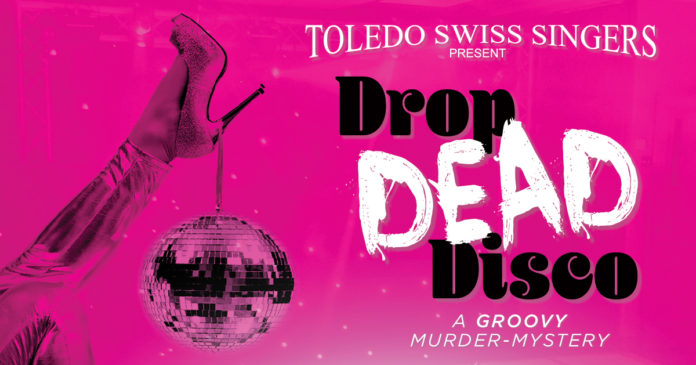 The Toledo Swiss Singers have announced “Drop Dead Disco,” a murder mystery dinner theater, will be held for two nights only on May 14 and 15 at The Chalet at Oak Shade Grove, 3624 Seamen Grove in Oregon.

Guests will be transported back to the Drop Dead Disco club inspired by decades past. Early in the evening, a mysterious murder will occur, encouraging partygoers to gather clues, interview suspects and put on their best dancing shoes in hopes to identify the guilty party by the end of the night. 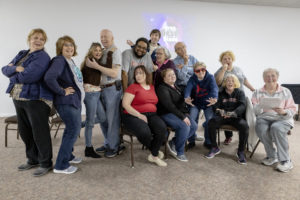 The Toledo Swiss Singers have been preserving Swiss culture for years. The first Swiss organization in Toledo, the Gruetli Verein, was founded on May 9, 1969. They were soon followed by the Helvetia Mannerchor, the Damenchor and the Gemischterchor, all of which blended to form the Swiss community chorus as we know them today.

The Singers are a part of both the North American Swiss Alliance and the German American Festival (GAF) Society. The GAF is perhaps best known for their namesake event held every August where the Singers can be found running the Swiss Cheese Haus and hosting the Steinstossen contest.

“Part of our mission is outreach,” said Toledo Swiss Singers Director Micah Graber. “But the big mission is to give opportunities for people to get off the couch, get off their computer and go connect with other people. We do that through music.”

Before the murder mystery night begins, each table will be given an evidence packet. They will utilize the clues given, and opportunities to interview fellow guests during intermittent breaks, to identify key suspects.

“We encourage people to come in their best and flashiest disco attire because there will be some opportunities for people to get up and shake their groove thing,” said Graber.

Expect a few twists and turns along the way, two of which may present themselves in the form of a Disco Queen and John Travolta look-alike contest, among other surprises.

Guests will be given a ballot in which they will write down their top murder suspect at the end of the evening. Those who guess correctly will be awarded a token prize for their investigative skills.

This will be the seventh murder mystery dinner party hosted by the Toledo Swiss Singers. Murder mystery nights of years’ past have taken place on a cruise ship, at an inn, in an old saloon and even on a pirate ship, to name a few.

By substituting one of their annual concerts with a mystery theater night, they’ve done “super well, had a lot of fun, and have gotten a regular following,” said Graber.

This year, the Singers have decided to don their disco shoes. They encourage participants to do the same.

“Bring clothes to get groovy. Bring your friends. And come support something that is a longtime area tradition,” Graber said.

The Toledo Swiss Singers practice every Wednesday evening from September through May at 7 p.m. at Oak Shade Grove in Oregon. You can follow the Singers’ upcoming events by visiting https://www.facebook.com/TheToledoSwissSingers.