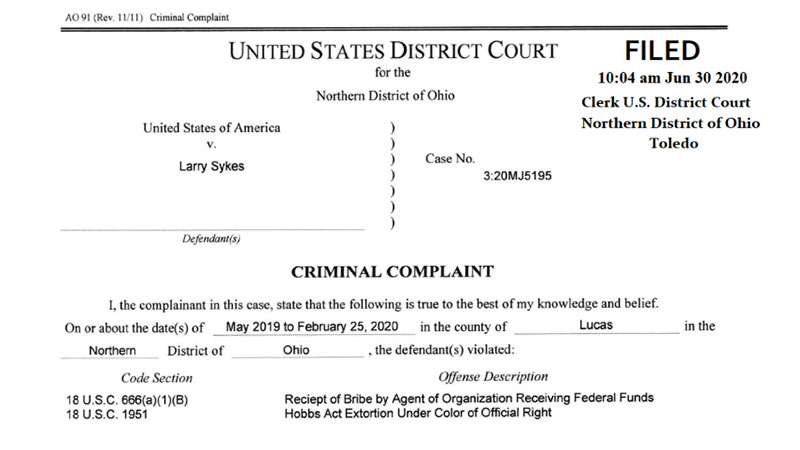 Earlier today, the FBI took several Toledo City Council members into custody. Tyrone Riley, Yvonne Harper, Larry Sykes, and Gary Johnson have been accused of accepting cash in exchange for votes, according to a criminal complaint filed in federal court on Tuesday, June 30.

The criminal case appears to have begun in March 2018, and records indicate that Mr. Riley might have been soliciting bribes since 2013.

You can read the federal complaint here:
https://drive.google.com/viewerng/viewer?url=https://interactive.wtol.com/pdf/sykes%2520affidavit.pdf

The story is developing, and the City of Toledo is expected to release a statement. An FBI news conference is expected within the hour.

The Toledo City Council was set to vote on granting subpoena power to the Civilian Police Review Board in a meeting today at 4pm.

To attend the meeting virtually, visit Toledo.Legistar.com and scroll down to the June 30 City Council Meeting and click on “in Progress.”