It’s one of the most well-known, well-loved and frequently-performed staples of American theater. Everyone at some point has seen “West Side Story,” whether it be on stage or in the classic 1961 film version. But what is the new “School Edition” of the show, now on stage at the Toledo Rep beginning?

“What companies are doing now is they’re having ‘School Editions,’ and it’s the same story, same words, but it’s just some of the dances, some of the music is cut down a little bit. It’s made a little easier for students to process and execute,” said Julie Zatko, director of the Rep’s production.

In other words, don’t worry, it’s the same timeless story that has moved generations of theatergoers, just made a bit more accessible for young performers. And this cast is indeed young— teenagers, mostly, which means that the Rep’s production will be filled with actors who will actually be age-appropriate for the roles.

“All the kids are playing kids, but I do have three adult roles in the show, and I did cast adults in that production,” Zatko said. “It’s been very helpful with the kids who are learning from these three who are coming in and doing the roles.” 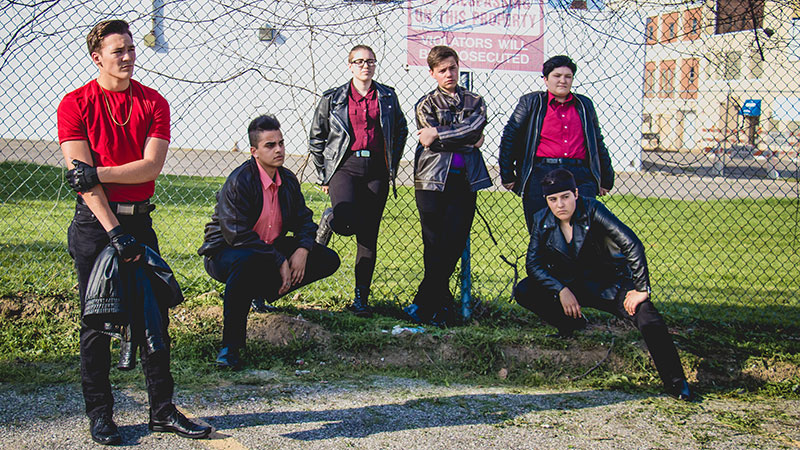 Zatko has a long personal history with the show, having seen the original film, stage productions, and even performing in a production of the show herself in 1992 while attending Rossford High School. And she noted how her cast is taken with how surprisingly— and sadly— relevant the classic show’s themes remain today.

“But within the story of all of that, there’s just this pure love story between Tony and Maria, which is based on ‘Romeo and Juliet’— which is even further [back]. It’s just timeless, the love story is just timeless. Two kids who want to be together, no matter what.”

A place for us

Even though this is a “simpler” edition of the show, the dancing and musical numbers are not easy by any stretch. Zatko noted how she hoped that audiences would appreciate how much effort her cast has put into the production.

“I hope that they see these kids, and how hard they’ve been working. And I hope when they sit there and these kids sing ‘There’s a Place for Us,’ that everybody understands that, and feels that message. There’s a spot for everyone here, everyone has a place in this world.”