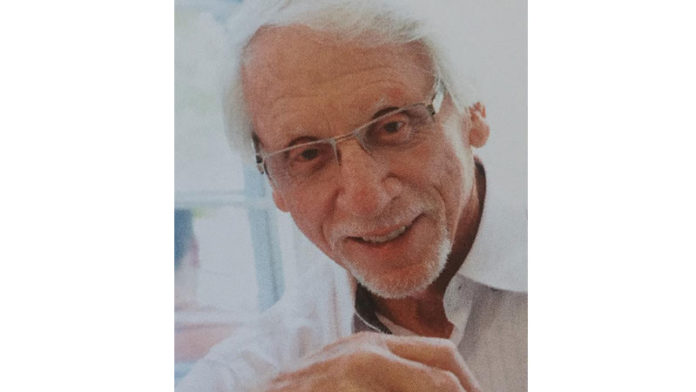 The media is blowing up my phone, Carty presumably wants my head on a Libbey glass platter, and there’s Chief of Staff Bob Reinbolt looking at me with a see-I-was-right-about-this-guy smirk.

I retreat to my office, swallow my second Xanax of the day, and sit there and wait for Mayor Finkbeiner to come in and face me. This is the longest, most agonizing wait of my life. I seriously ponder the pros and cons of hurling myself out of my 22nd floor window at One Government Center. And then my phone rings. I see it’s Jerry Chabler calling. And for the first time that day, I feel myself smile. Jerry Chabler was here. It was going to be OK.

Years later, I would write about Jerry in my book “Purple Bananas,” reprinted here in part (Note: To protect his anonymity somewhat, I gave Jerry the fictious last name of Cusack):

“I was woken out of my imaginary conversation with Prince by my cell phone buzzing in my pocket. I took it out to see who it was and it was Jerry Cusack, one of the Mayor’s many advisors. Why would he be calling?

“Hello?” I asked, my voice quaking.

“Hey, Jase, how you holding up?” said Jerry, concern evident in his voice.

“To be honest, not very well, Jerry. I embarrassed the mayor and I embarrassed myself. I don’t know how I’m going to get out of this one.”

“Well, I spoke to Carty and I’ve advised him to go easy on you. What you did was stupid, no doubt about that, but I don’t think you’re a bad guy.”

Hearing this from Jerry made tears burn my eyes.

“I certainly feel like a bad guy, Jerry. I was so reckless, I didn’t even think something like this could happen.”

“Well, you’ve learned a lesson then, haven’t you?”

“Well, just hang in there,” said Jerry. “This too shall pass.” I hated that cliché but I was so happy to hear it at that moment.

“Thanks, Jerry, I really appreciate you calling,” I said into the receiver.

Jerry and I hung up and I wiped away the hot tears that were running down my face. Jerry and my imaginary friend version of Prince were right: I had indeed learned a lesson, probably something that was already obvious to most people but all I can say is: You try working in politics some time. It’s a crazy world unto itself.

Born and raised in the Glass City, Jerry loved Toledo. He was a Toledo police officer back in the ‘50s and served on a myriad of civic boards including but not limited to the industrial commission, lottery commission, and racing commission. He served for decades on the Toledo civil service commission and worked 12 years with the Toledo-Lucas County Port Authority Board.

I first met Jerry while working for Toledo City Paper as a staff writer. He hated that I addressed him as “Mr. Chabler,” always quick to remind me that his father was Mr. Chabler. “Call me Jerry.” Jerry was always good for a quote about the state of Toledo politics, and when he heard I was possibly going to work for Carty, he apparently was the deciding vote in me getting the Public Information Officer job. So I owe Jerry my career. I knew he was practically a legend in the local Democratic Party and we frequently ran into each at political fundraisers.

Thank you, Jerry, for having my back and for being a true pillar of your community. Godspeed.