DISCLAIMER: The reason for this piece’s egregiously late publication date is because the film this author used to photograph the festival with comes from a rare stock that took some time to develop and scan.

In the 2019 context of the resurgent City of Detroit, Mo Pop’s side-eye logo suggests appraisal of the peripheral and, inevitably, judgment, a relic of the cooler-than-thou hipster ethos characteristic of the early-to-mid-2000s. That was when this social group’s predominant uniforms comprised skinny jeans and plaid. Now, the young people standing in line, waiting for the doors to open, poised to storm the festival grounds on its first day evidence that hipster fashion has taken a more pragmatic tack, largely through branded athleisure wear. 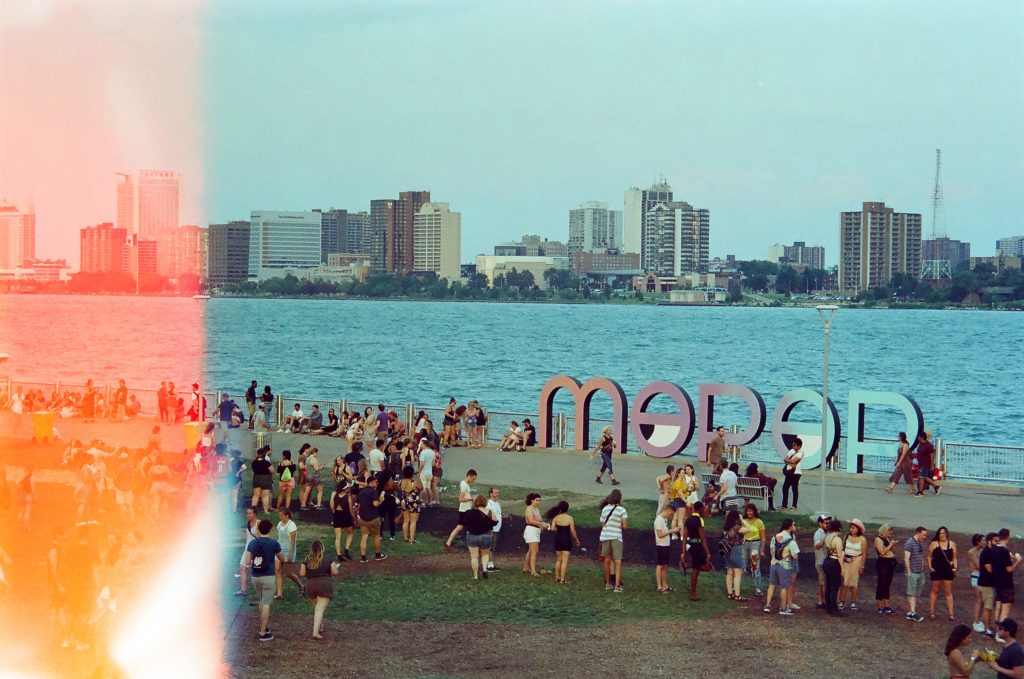 In this line there emerged festival uniforms that predominated the at least two genders I was able to discern from sight alone. For ladies, this uniform consisted of crop tops, shorts (jean or athleisure) and a choice of sandals, low Vans, or low-top Chuck Taylors with no visible socks. Guys wore quirkily patterned short sleeve collared shirts, shorts a palm above the knee and low sneakers with no socks. The weekend’s wardrobe highlight presented itself as a young woman with a black valet jacket tied around her waist, printed with the text: “BOMB SQUAD.” This, dear reader, is what the kids are wearing these days. 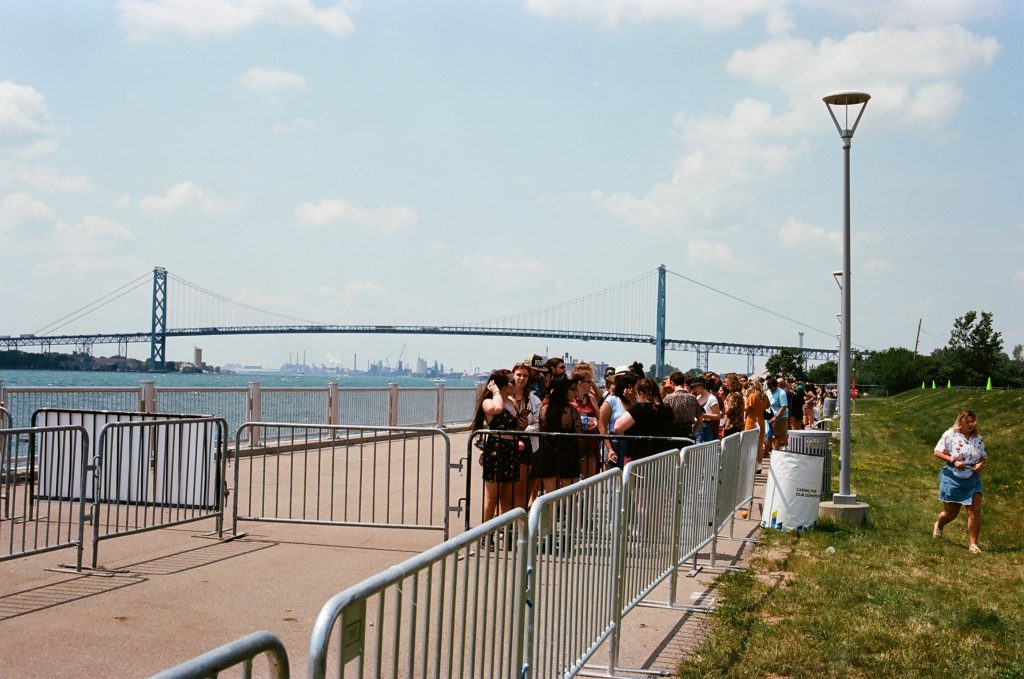 The line to enter.

Imagine you’re a contemporary young person who spends a disproportionate amount of their free time on Instagram. These people same people are here together making this line exist, happen. They have enough of a pop-cultural pulse to A.) leave the house and B.) ride the trends that come to characterize epochs of young people. Nowadays, becoming a hipster pays social dividends. If you’re not a hipster, you’re not hip. And square fun isn’t photogenic.

On reaching the security battalion at the front of the line, a list bolted to the fence listed items prohibited inside of the music festival. The first prohibited item on this list was musical instruments. This dictum demarcated this line attendees clearly into spectators; only the artists on the bill, the people these people in line are here to see, are allowed instruments. 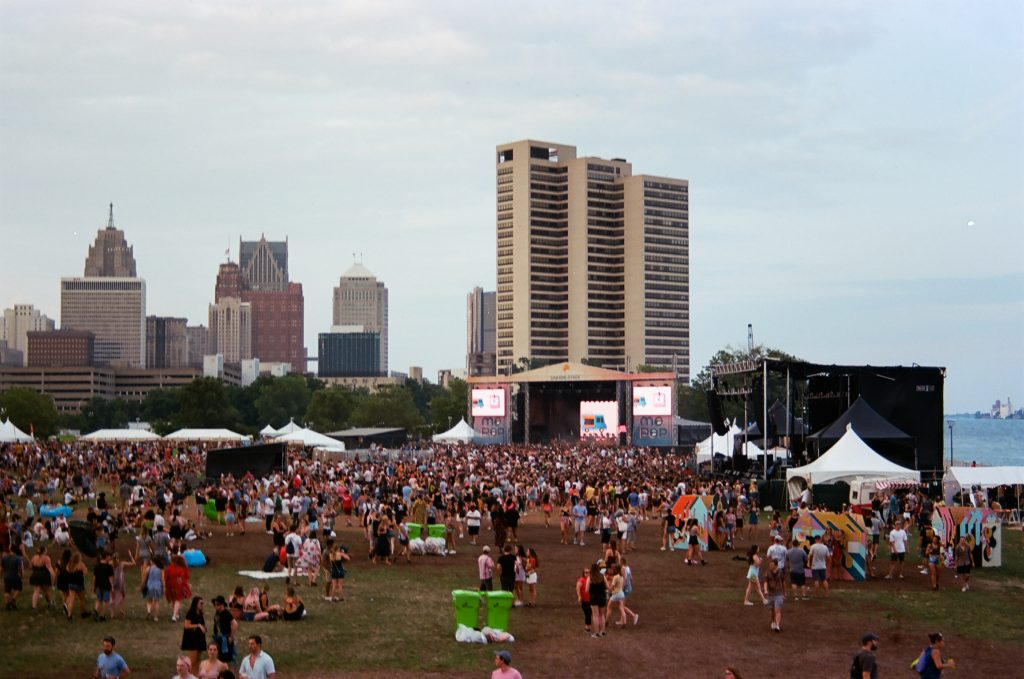 Noah, a mustachioed gentleman tattooed with sleeves of ink from Taylor, MI, sat across from me in Adirondack chairs in the Detroit Bagel Institute garden. He examined the Mo Pop lineup printed on his cardboard coffee cup sleeve distributed by the restaurant. I asked him what he thought of the festival solely judging by the bubbly vector-based illustration on the sleeve. He said, “It looks hippy-ish.”

“It’s a more Detroit-centric festival,” Woo Park, an AEG employee helping produce the festival, said. “It’s more fashionable and the people are more mellow. Techno has kind of a superiority complex where they judge you for what you wear and which DJs you like. Here, it’s a little more relaxed because you can see every artist.”

Evan, a contributor to Detroit Eater I met scrolling his phone in the media tent mildly disagreed, telling me, “Judging by the color of the people here, I can tell that most of them aren’t from Detroit. This festival feels like it could be in Bay City.”

The media tent security guard informed me that this year represented his company’s first working Mo Pop. He said that last year’s security contractor staffed the fest with lackadaisical guards who let attendees without the correct hallowed credentials roam free backstage and mob artists for phone selfies. He assured me this year would be different.

Minutes later a marketing manager from Deep Eddy vodka (not “Deep Eddy’s vodka,” he preemptively corrected his audience) bought us drinks made with the aforementioned vodka. He propositioned the expense-accountable drink purchase by telling us that the spirit was gluten-free, organic vodka distilled multiple times. He then insisted that his preamble wasn’t a sales pitch.

Outside the tent, the Caminos strummed the kind of pretty guitar melodies and triumphant verses I involuntarily associate with contemporary Christian music. This steady playing of positive sounds encouraged the crowd through the midday heat wave. 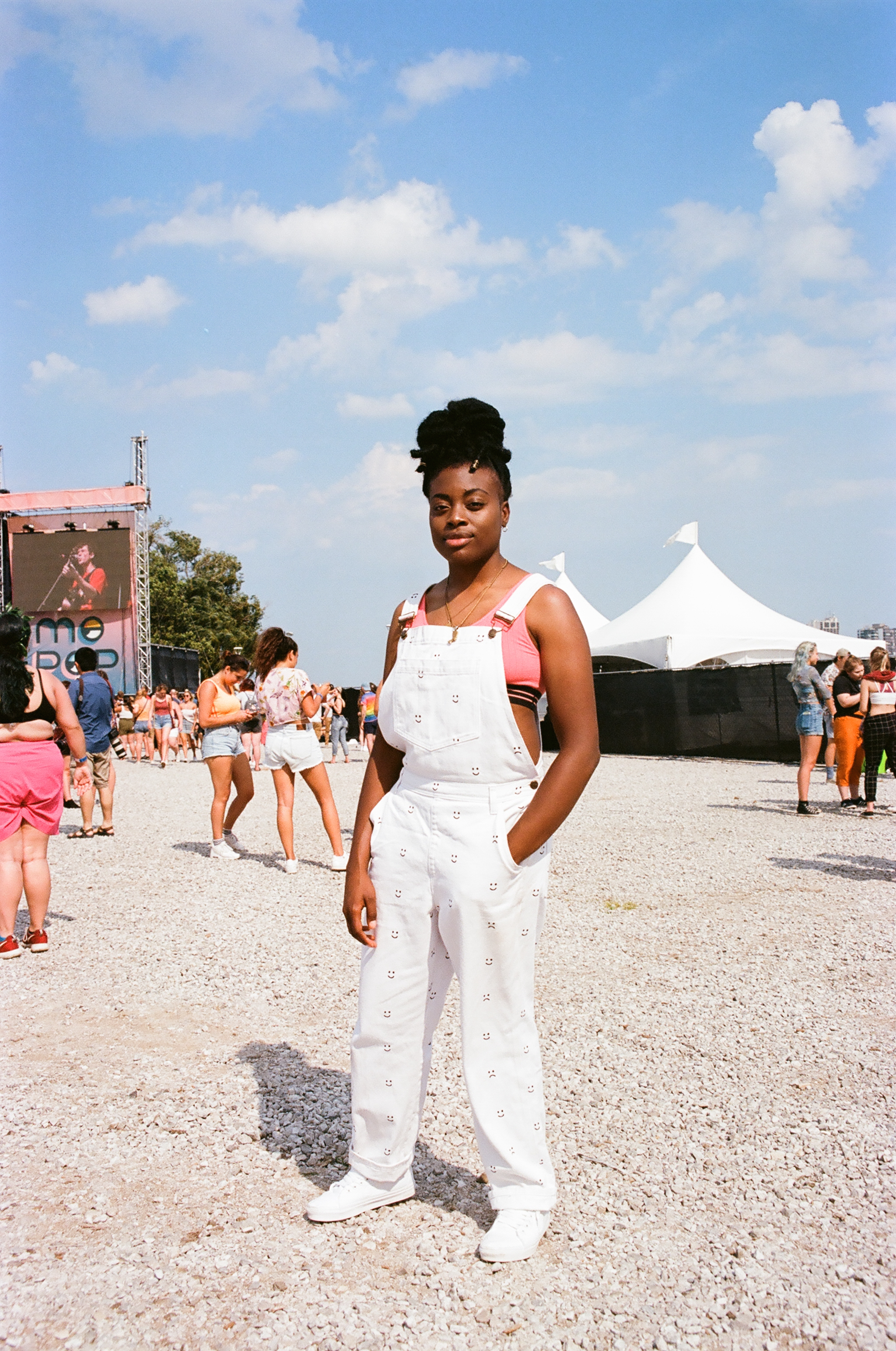 I sat down with artist Siena Liggins shortly after Alec Benjamin began playing a cutesy version of Eminem’s “Stan,” replete with the Dido chorus. Liggins acknowledged that the tune was being played, and cringed. This was the realest moment we shared during the interview.

Liggins has, in the last year, enjoyed exactly the skyward career trajectory within Detroit’s community of working musical acts that landed her an early slot on the River Stage. How she described her music: “Shit people love to hate, but it’s pop music.” Her sounds largely belong to a class of melodies that, she says, “may be a little corny, but that you catch yourself singing later on.”

Her buoyant performance this afternoon is significant because it happened a year to the day after the release of her debut single, “Flowerbomb.” “To go from that time last year to playing the biggest pop festival in Michigan, it affirms the work that me and my team have put in in the last year,” she said.

By contrast, the weekend’s ultimate, debatably most famous pop act, Tame Impala, capped the festival with a moody, quasi-groovy set that staked his claim at the top of an indie pop artist stratification we’ll imagine as a step pyramid. 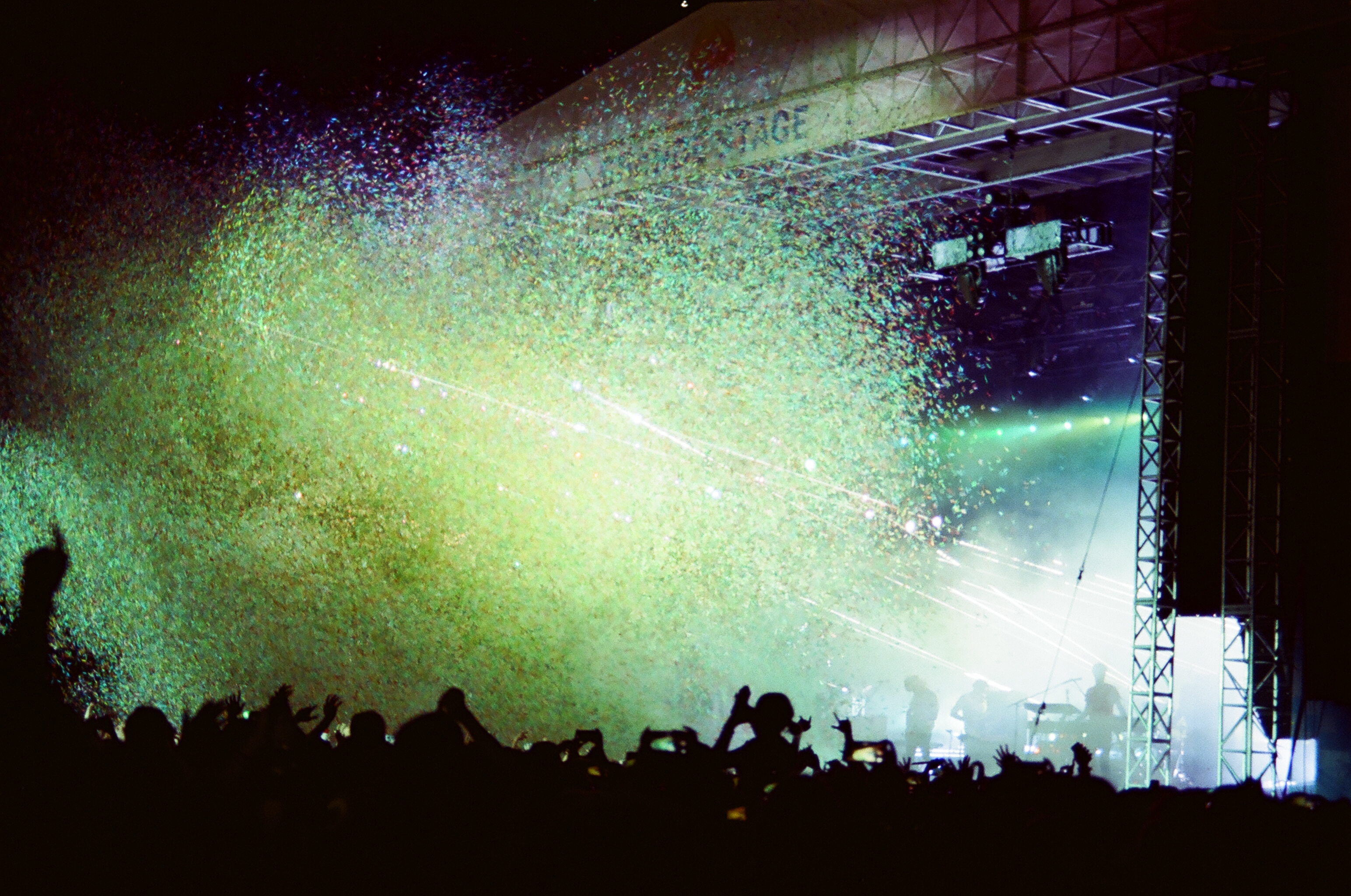 As the crowds meandered through exits inadequate for speedy egress, Detroit’s dance party collective Haute to Death bumped high-BPM sounds from a modest geodesic dome. Rather than sway in a miasmatic throng of exhausted patrons, some people instead wandered toward the party music. I personally danced more in the first 90 seconds of standing there than in the entirety of the previous two days of live music. This lasted a pleasant few minutes.

On the way out of the festival I spotted a bearded festival worker carrying a circular “Ask Me” sign. I asked him my question: What’s the meaning of life? He considered his reply. “I don’t know,” he said. “Nobody knows.”