In 1971, Carole King released her second album, Tapestry, which earned the 29-year-old singer-songwriter worldwide recognition. Not bad, but also almost the norm for Carole. Her career really began over a decade earlier when the 17-year-old wrote her first number one hit for the Shirelles, “Will You Love Me Tomorrow”.

Those early days of her career are the focus of the spectacular and energetic Broadway show Beautiful: The Carole King Musical, currently performing at the Stranahan Theater through Sunday, February 11.

“Some Kind of Wonderful”

Beautiful begins in the 70s with King (played by Elena Ricardo) on stage at Carnegie Hall. Almost immediately, the audience is taken back 14 years to a Brooklyn apartment where a 16-year-old Carol Klein is begging her mom for permission to try to sell a song. As soon as she receives her “yes,” the scene changes again, this time to Times Square.

Like the changes of the scenes, Beautiful moves quickly, with smart pacing to bring the early days of her career to life. Shining with a lively soundtrack of songs penned by King and her partner, who then becomes her husband, Gerry Goffin (played by Andrew Brewer), Beautiful tells the Carole King story you haven’t heard. 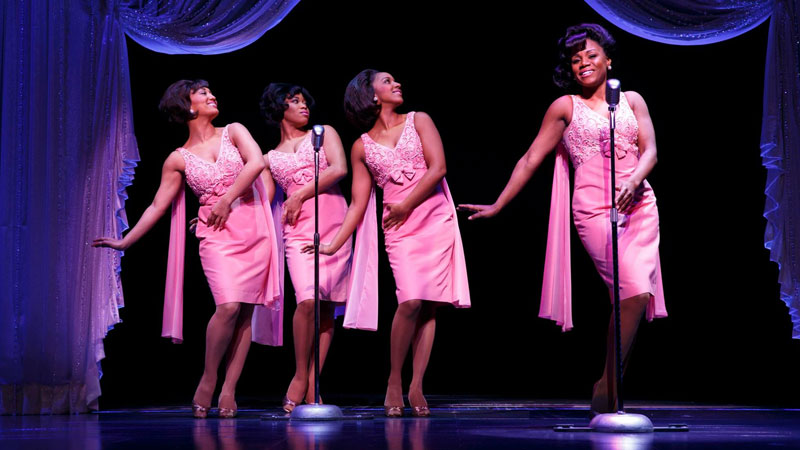 King earned her first number one hit at age 17 with “Will You Love Me Tomorrow,” performed by The Shirelles.

“I Feel The Earth Move”

Dynamic and action-packed, Beautiful benefits from clever choreography, smart set design, and an incredibly talented ensemble cast that performs over 20 pop hits. Among them are Sarah Goeke and Jacob Heimer, who play King’s friends and fellow songwriters Cynthia Weil and Barry Mann.

Goeke beams on stage as Weil, a witty wordsmith who belts out slick songs with confidence. Alongside, Heimer plays the neurotic hypochondriac, Mann. Loaded with laughs, comic timing, and great vocals, the duo’s fantastic stage chemistry holds tight throughout the fast-paced show.

Brewer brings Goffin’s impact, and occasionally insidious character, to life, sometimes provoking the audience. Ricardo glows in her role as King, giving a convincing vocal performance and demonstrating a wide range of emotions.

We see Ricardo playing King as a 16-year-old in the big city, but also cool, calm, and confident behind the scenes. Heartbroken when she realizes Goffin’s been cheating on her, she finds strength and her own voice in California, loudly singing “(You Make Me Feel Like) A Natural Woman.”

Finally, we see King back on stage at Carnegie Hall — vibrant and grateful— her beautiful transformation complete.