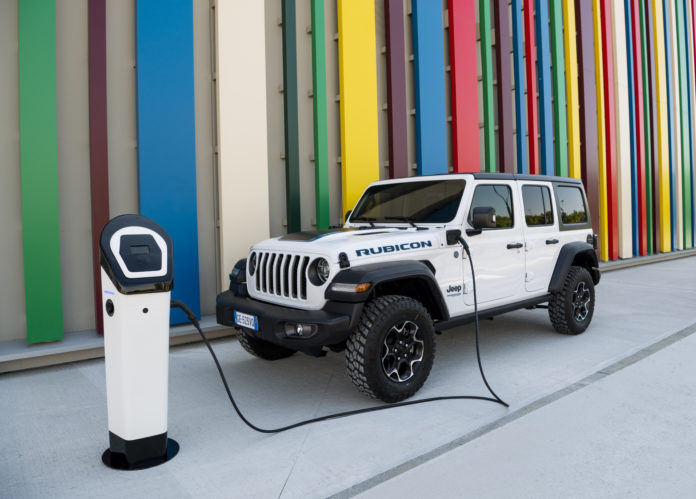 Though the market for hybrid plug-in vehicles is small, the Jeep Wrangler 4xe is at the top of the charts. Selling 19,207 so far in 2022, the vehicle is currently the highest-selling of its kind. It seems an unexpected vehicle to earn the spot, but there are several reasons that this PHEV (plug-in hybrid electric vehicle) is having such success.

PHEVs are growing in popularity from their combination of hybrid and electric vehicle capabilities. They can use fuel once they run out of battery, among numerous other benefits, giving them a practical yet environmentally-friendly advantage.

Other brands have advertised high performance, fuel-efficiency, fully-electric models, and charging-while-driving capabilities as selling points. Toyota claims that the Rav4 Prime’s powerful batteries allow for a high acceleration rate, along with an impressive 302 maximum horsepower. Toyota’s Rav4 Prime charges while it drives based on certain actions, but can also be plugged in. The manufacturer also says that fuel savings by the Prime can amount to over $4,000 over five years.

So why is the Wrangler 4xe topping the sales charts instead? It’s likely due to availability. The 4xe is being produced at a much quicker rate than vehicles by Toyota or Lexus, shown by their longer stay on the sales lot than other brands of PHEVs. The Wrangler 4xe is also special because it is advertised as off-road capable, uncommonly seen from PHEVs. This has proved to give the 4xe a leg up in the competition because most buyers have initially desired off-road capabilities, with the electric component being either a less-important element or simply an afterthought.