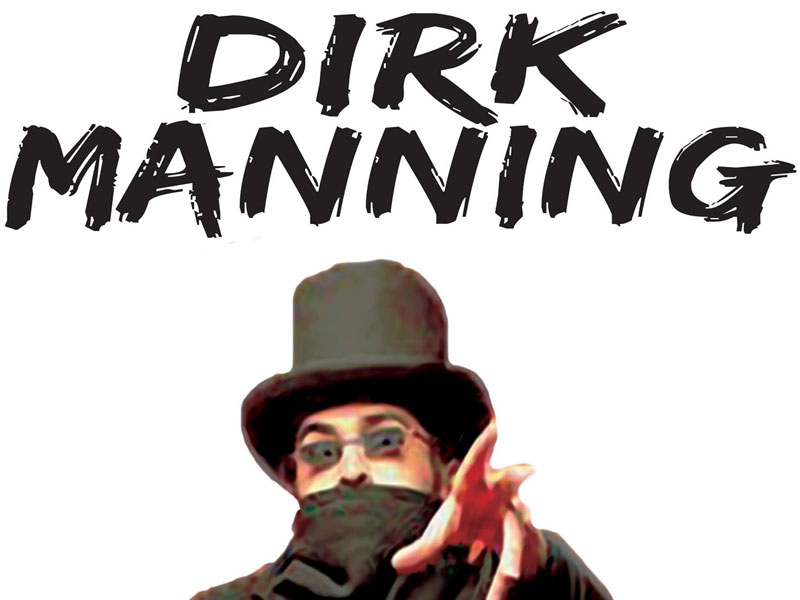 Horror comic writer Dirk Manning, Toledo native and author of popular creations as Nightmare World and Tales of Mr. Rhee, has contributed a piece to a highly anticipated graphic novel entitled Nothing Can Stop Me Now: Stories Inspired by the Songs of Nine Inch Nails.

The anthology brings together a slew of respected comic writers and artists, each bringing to life in print a song by the legendary industrial rock band Nine Inch Nails. Manning— whose story is entitled Just Like You Imagined—has been a fan of the group for decades.

"When I saw the Nine Inch Nails video for 'Head Like a Hole' I immediately went out and bought the 'Pretty Hate Machine' cassette the next week and I've been a fan of Trent [Reznor]'s music— work ethic and business model— ever since," Manning said.

Planning ahead, way ahead

Nothing Can Stop Me Now is the brainchild of Shawn Demumbrum of SpazDog Press, who has put together numerous anthologies based on the work of famous musicians. But oddly, Manning's tale was finished way before Demumbrum’s Nine Inch Nails project was even conceived.

"This story was actually written by me and illustrated by Mark Winters years ago as part of my Nightmare World comic series, but it’s one of those stories that hadn’t seen print in any of the three (so far) print collections," Manning said. "As with all the Nightmare World stories, the title for this one was inspired by a song title: Happiness in Slavery by Nine Inch Nails in this case."

A change in plans

When Manning learned of a Kickstarter by Demumbrum to create a collection in tribute to Nine Inch Nails, he reached out to see if Demumbrum would be interested in Happiness in Slavery.

"He was, but the title Happiness in Slavery [had] already been taken by another creator, prompting me to change the title to Just Like You Imagined, which is a little less 'on-the-nose' than the original title," Manning said.

"Plus, I just love the haunting atmosphere Just Like You Imagined creates. It's the type of music I can picture playing while someone is slowly dying an unexpected death… heh."

Nothing Can Stop Me Now: Stories Inspired by the Songs of Nine Inch Nails is available through Amazon.com, Manning's website, or sold by Manning during his appearances at conventions.
For more information and list of appearance dates, visit dirkmanning.com