For a talented band of Toledo filmmakers it’s not too chilly for Shorts In January.

For the second year, cinematic works of Northwest Ohio’s best film creators will be projected at the Maumee Indoor Theater on Saturday, January 19 in a special showcase of mostly short films.

Co-organizer Michael DeSanto of Bad Atom Productions in Toledo warns against calling Shorts In January a festival. There are no winning films here. They’re all winners because each work has been made by a Toledo regional director.

“By putting together a show like this, everyone gets a chance to screen their work that they might not have had otherwise,” said DeSanto, who is handling the advertising, press, and sponsorship for the event. “Many of us have organized screenings of our films at the Maumee Indoor Theater and other venues around Northwest Ohio in the past, but it can be prohibitively expensive for a single filmmaker to do so.”

That’s where Shorts In January comes in. DeSanto and his fellow organizers, including Matt Freeman of Capture 1 Studios, enjoyed great success at last year’s inaugural Shorts In January event, so DeSanto said doing a follow up event was “a no-brainer.” Just as last year, all ticket sales raise funds for FilmToledo (facebook.com/reelFilmToledo) a newly formed non-profit regional film commission.

“Every year, the bar for quality film gets higher and higher. We’re all working together to pool our resources and talents to make big films happen. And these are big, exciting, crowd-pleasing films,” says DeSanto. 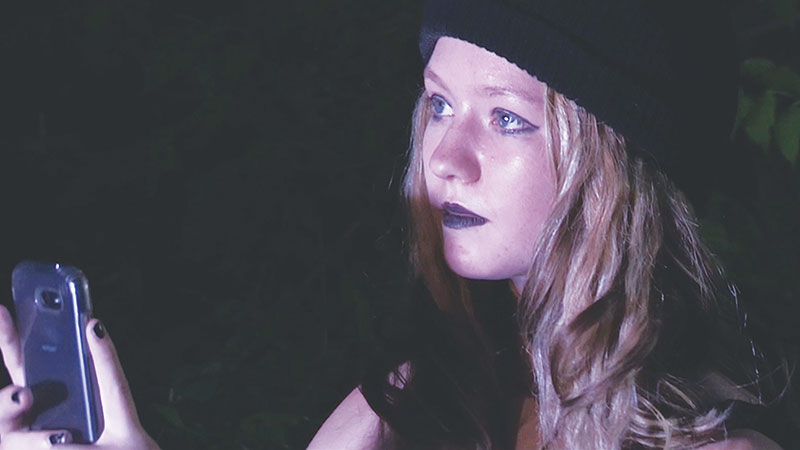 Still from the film “The Legend of Holcomb Road”

Some of the scheduled films include a screening of the local horror film The Legend of Holcomb Road, which premiered last year at the Maumee Indoor Theater to two sold out screenings, as well as The Choice, the first production from the Glass City Screenwriters organization.

DeSanto says Shorts in January promises to be a great display of the Toledo region’s filmmaking talent.

“People are going to have a lot of fun. And we’re doing two shows in one night, so we hope to expand our audience even more. This year, it’s going to be twice as cool.”

Shorts in January takes place on Saturday, January 19 at the Maumee Indoor Theater with screenings at 5 p.m. and 8 p.m. Tickets are $8 and available at the door or online via Eventbrite.