In recent years May 4th has become a holiday for Star Wars fans as the phrase “May the 4th be with you” is used to justify all sort of intergalactic fun. Star Wars-related events in Toledo include watching the first film (Star Wars: A New Hope) joined by the orchestra, Star Wars: A New Hope In Concert will be performed by the Toledo Symphony on May 4th at The Huntington Center. Every piece of music will be played as it was originally recorded back in the 70s by the brilliant John Williams, adding a layer of artistry to the soundtrack.

Felicia Kanney, Director of Marketing for the Toledo Symphony explains that this is not the first time the Symphony has matched their work with films. In the past, Nightmare before Christmas, West Side Story, and Singing In The Rain have been performed during film screenings. “It’s important for the orchestra to be precise with their timing,” Kanney explained, “to follow the movie. That’s why having a great conductor is key to the performance.” 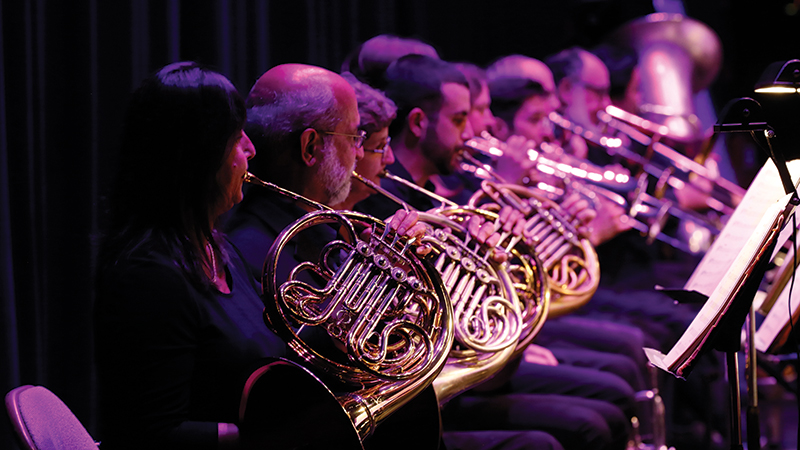 Steven Jarvi will conduct the orchestra for the event. Since recently moving from St. Louis (where he had been resident conductor since 2013) to Ann Arbor, Jarvi jumped at the opportunity to conduct for this event. “Working with the film like this is a childhood dream come true,” Jarvi explained. “There’s a scene where Luke and Leia swing across a chasm, and the Jedi theme plays over the sounds of blasters.”

Jarvi also anticipates the audience’s excitement “when the credit scroll pops up at the beginning. It’s a very iconic opening.”
The evening begins with a Star Wars Costume Contest at 7:15pm. Please register in advance, and dress as your favorite Star Wars character for a chance to win a prize from local businesses (JC’s Comics, Seann’s Anime and Comics, Monarch Comics, FireNation Glass, JupMode, and Brew Coffee Bar). In addition, Encore Books, NeverMore Used Books, and Seann’s Anime and Comic will set up booths with Star Wars merchandise and books before the performance.